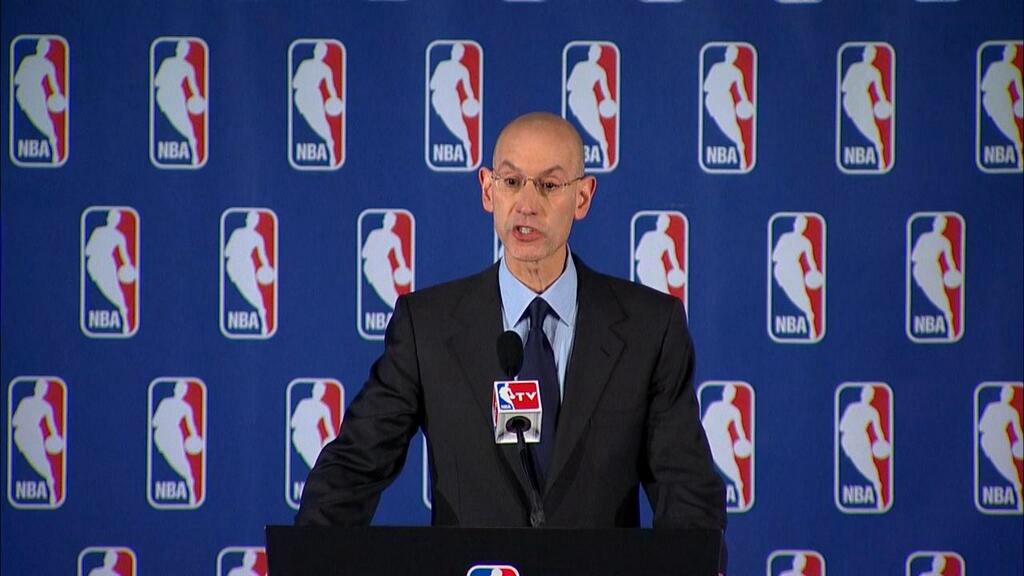 I have said it before and I will say it again. Racism will never die it will only multiply. Adam Silver served Donald Sterling a Brinks truck full of coal by banning him for life from the NBA in response to racist comments he made in a recorded conversation. A conversation that is apparently an hour long with the visceral rants approximately nine minutes long. NBA commissioner Silver said he will try to force the notorious owner to sell his franchise, but Sterling expressed to Jim Gray he will not sell. Sterling only paid $12 million for the franchise in 1981. Sterling also was fined $2.5 million.

I am an avid listener to a very popular radio show/podcast, which asked listeners “was banning Donald Sterling fair or too harsh?” ONLY 67 percent (1,846 votes) thought it was fair and 32 percent (880 votes) thought it was too harsh. Why did not a full 100 percent think it was fair? Did the 32 percent listen to the audio? It is fascinating moreover puzzling. Major news outlets and columnists have exposed Sterling’s plantation personality:

2009: He reportedly paid $2.73 million in a Justice Dept. suit alleging he discriminated against blacks, Hispanics, and families with children in his rentals. (He also had to pay an additional nearly $5 million in attorneys fees and costs due to his counsel’s “sometimes outrageous conduct.”)

2009: Clippers executive Elgin Baylor, NBA executive of the year in 2006 (and one of the greatest NBA players in history) sued for employment discrimination based on age and race.

Now this issue and 32 percent of the people polled considered Silver’s sanctions too harsh. The ball is in the owner’s court. If Silver succeeds in forcing a sale he needs 23 of 30 owners to support the move and it’s going to be an expensive purchase. The Clippers are worth about $575 million, according to Forbes. Sterling is guaranteed a minimum of half a billion and Silver’s punishment is too harsh?

The argument of the First Amendment is always raised in matters regarding racial diatribe. Part of the First Amendment expresses freedom of speech. We are blessed to have the privilege of freedom speech on the soil of the United States. There are regions outside of the country where you do not have freedom of speech, however here it does not mean you are free from the consequences of the speech. The consequences were not at all small. Yes, there will be legal ramifications, however if the NBA players did not agree with Silver’s decision, the Golden State Warriors and LA Clippers were prepared to boycott Game 5, which the Clippers won. Collectively past and present NBA players were happy with Silver’s decision that was made 72 hours after the tape recording was released:

“In response to today’s ruling by the NBA and Commissioner Adam Silver, my teammates and I are in agreement with his decision,” Chris Paul said. “We appreciate the strong leadership from Commissioner Silver and he has our full support.”

This all completely ran off the tracks with the infamous tape recording released over the weekend. I don’t know what to believe. Reports say Sterling knew he was being recorded. The woman on the recording goes by the name V. Stiviano. Stiviano is Sterling’s girlfriend, now ex-girlfriend who is half Mexican and black while Sterling is still married to Rochelle Stein. Her entourage has been spotted sporting “V. Stiviano” baseball hats with her in Los Angeles, California while she has been wearing her ridiculous visor outside stating, “One day I will become president of the United States of America.” There have been inconsistent answers to what the V stands for in her name. Stiviano’s lawyer, Mac Nehoray, told the L.A. Times his client didn’t have a sexual or romantic relationship with Sterling, “never wanted any harm to Donald” and is “very saddened” by Silver’s decision. I think I have found one of the 32 percent of voters here. Stiviano’s attorney states she did not leak it.

Commissioner Adam Silver was cleaning up David Stern’s dirty work; Magic Johnson through social media helped Silver take out the trash. Stern handed Chris Paul to an owner who reports say would let people in the locker room to look at their “beautiful black bodies” instead of the LA Lakers. The NBA under Stern spent years looking the other way. Legal documents revealed bigoted comments, but the NBA gave Sterling repeated passes.ESPN, ESPN the Magazine and the L.A. Times have all called the owner out on his bigotry. Even though his tenure is over, David Stern needs to answer questions to the reason why the NBA looked away. Social media intensifies public demand for a response to scandal in a way that didn’t exist just a few years ago. Magic Johnson who took a picture with Stiviano caused Sterling in his rant to state his displeasure of the picture posted on Stiviano’s Instagram account with the NBA Hall of Famer. Johnson tweeted he will not attend Clipper games with his wife Cookie as long as Sterling was owner. Sterling ran out of passes at that point. After the announcement to ban the owner, the Clippers’ website had a simple message: “We are One.”

Honestly, I did not know who the owner of the Clippers was before this scandal. I know the Knicks owner is James Dolan, the Bulls owner is Jerry Reinsdorf and the late Lakers owner was Jerry Buss. I only know Dan Gilbert is the owner of the Cavaliers because of “The Decision.” One man I also did know, Dr. Jack Ramsay. Commissioner Silver was speaking to everyone in power that Sterling’s comments will not be tolerated; “ban for life” were words of joy for the hard-working American. All of this overshadowed the great Jack Ramsay who we lost at the age of 89 during the scandal. I grew up watching him as the color guy for the Miami Heat alongside the current play-by-play broadcaster Eric Reid. With passion for a slam dunk he coined the term “the stuffer!” As I matured with a strong passion for play-by-play, I appreciated Ramsay’s acumen of calling games at the national level. It also made me better and I revered him.

Ramsay raised the Larry O’Brien trophy as a GM with the Sixers and a head coach with the Portland Trail Blazers. The Hall of Famer is one of the most respected NBA personalities. The Trail Blazers will honor coach Ramsay’s memory with a patch on their jerseys, beginning Wednesday night in their first round series against the Houston Rockets. I know he would be part of the 67 percent of the vote.