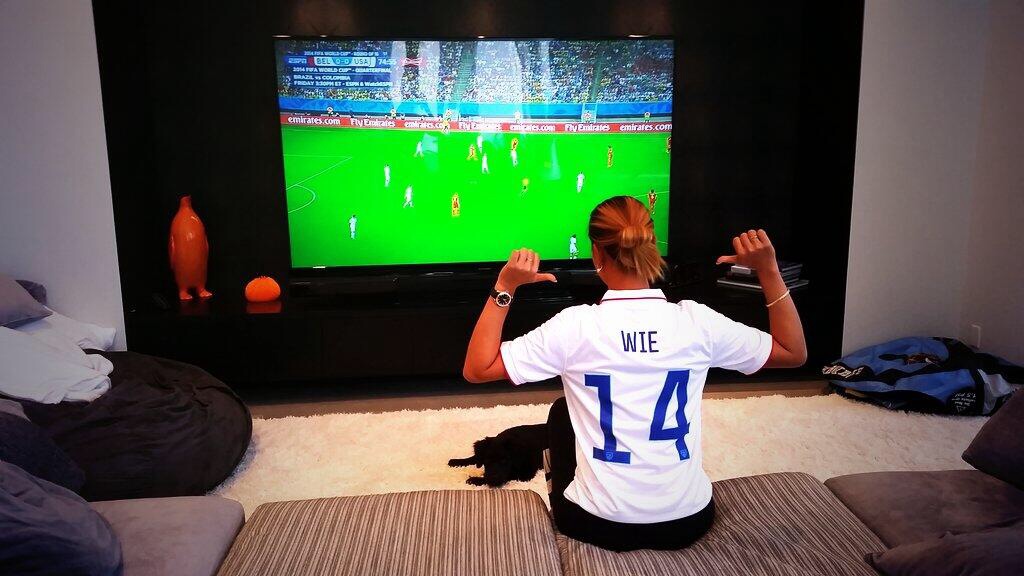 Michelle Wie has been a part of the golf world long before she turned professional prior to her 16th birthday in 2005. She slowly backpedaled out of the sport’s spotlight specifically attending Stanford University in September 2007 as a freshman, but as a professional golfer, Wie was not eligible under NCAA rules to play for the Cardinal golf team. Wie has been up to the usual stuff, well not usual. Wie has had 10 holes-in-one in her career so far, meaning sometimes she didn’t need the putter. She lived two doors down from star quarterback Andrew Luck while at Stanford and learned how to twerk since we last saw her; twerking is how she celebrated after winning her first career major. That win came at the U.S. Women’s Open on Sunday, a two-shot victory over Stacy Lewis.

The ground was shaking under Wie as she was falling apart and Lewis was giving chase. Wie had a three-shot lead with three holes to go, but a costly decision on the par-4 16th hole led to a double bogey. However she backed up the hype she received as a teenager draining a 25-foot birdie putt on 17 and let the twerking begin. “Oh my God, I can’t even think straight,” Wie said. “That kind of emotion, that kind of pressure … I’ll think of that putt as one of the best putts I’ve ever hit in my life.” It may have taken a while, but it came just at the right time. Wie is the seventh player in the past eight years to make the U.S. Women’s Open her first career major, and she’s the first American to win this event since Paula Creamer in 2010.

Lewis, the No. 1 player in women’s golf, had Wie’s back against the ropes. Lewis made eight birdies, the most in a final round by a male or female in the U.S. Open and closed with a 66. “I knew I had to take care of business and keep grinding away, not look at the leaderboard, but to get back at even par for the week helped me know I had a shot at it,” Lewis said.

Wie has good reason to twerk. She finally finished what she started. This was the third time Wie headed to the final round of the U.S. Women’s Open with a share of the lead. She finished tied for 23rd in 2005 and third in 2006. Wie had lows where she was not healthy and injured leading her to doubt herself.

Her putting style is something else she introduced the world to post college. She bends her 6-foot frame at a 90-degree angle. “I am comfortable, I am not in the business of looking cool it worked out great,” Wie said. Wie finished at 2-under 278, the only player to beat par in the second week of championship golf at Pinehurst. Martin Kaymer won by eight shots last week at 9-under 271, the second-lowest score in U.S. Open history.