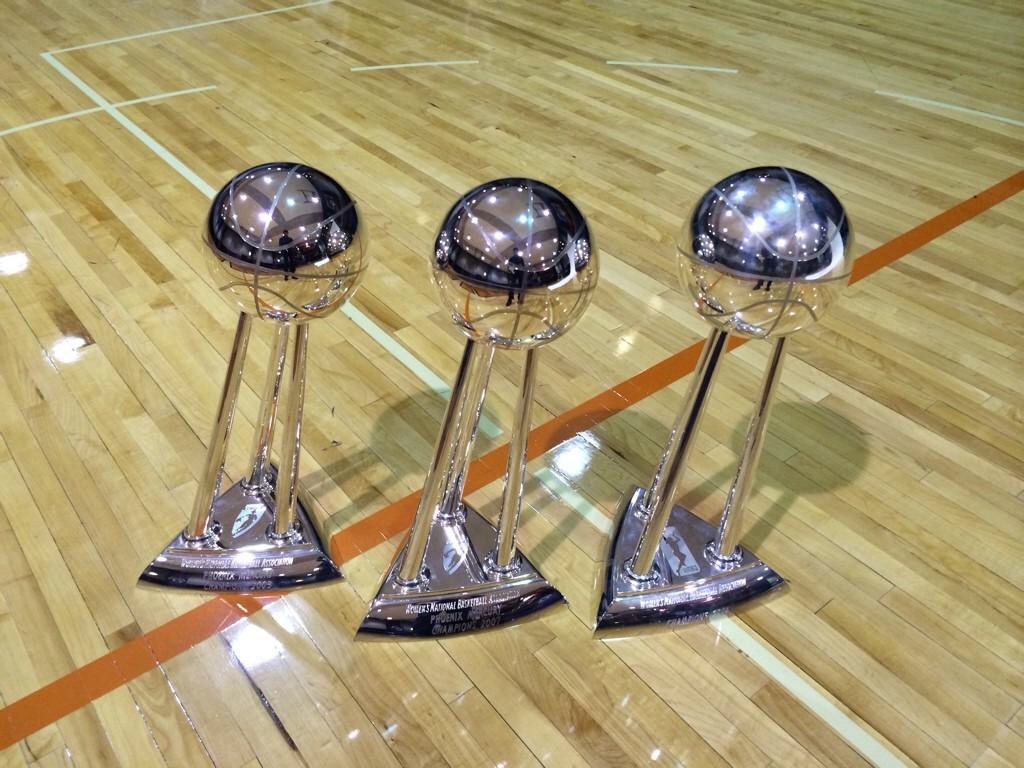 The Phoenix Mercury were without Defensive Player of the Year Brittney Griner in the lineup, but Diana Taurasi made the trip to Chicago for Game 3 of the WNBA Finals. Taurasi was an assassin when her team needed a shooter. She hit a tiebreaking 16-foot jumper, was fouled with 14.3 seconds left and made the ensuing free throw to put Phoenix up 85-82. Taurasi shot 4-for-9 on three-pointers and became the WNBA’s all-time leading scorer in the finals. She also scored 14 of her 24 points in the fourth quarter and the Mercury broke the hearts of the Chicago Sky, 87-82, to complete a three-game finals sweep for their third championship.

Taurasi was named WNBA Finals MVP for the second time in her career. She is the first player to lead the league in scoring and assists in a separate season. “This team has been unbelievable all year, every single day we come to work it really is fun. There have been years the last place you want to go is that locker room, this year I could not wait to get in that locker room, shoot around, tonight I’m just going to enjoy it,” Taurasi stated. The Mercury’s 29 wins this season is a WNBA single-season record. The Mercury were led by a player who is on the very short list of greatest ever in women’s basketball.

Another player who came up big was Candice Dupree, a former Sky player who also scored 24 points on 11-of-16 shooting. She was amazing in Game 1 where she finished with 26 points on 76 percent shooting and started the game 10-of-10 from the field, a WNBA record. “It feels great, I would not want to win it with another group of players, another group of coaches, we had fun this year aside from the winning, we had a good time, I am just going to enjoy the moment,” Dupree stated.

Three-time Sixth Woman of the Year DeWanna Bonner had 12 points and Penny Taylor added 11 for the Mercury, who also won titles in 2007 and 2009. Phoenix shot 49.3 percent overall from the field and never trailed by more than five.

The Sky was never sunny for Chicago in this series. It was Chicago’s first WNBA Finals appearance in franchise history. They were the first team ever to make it to the WNBA Finals with a losing record at 15-19 coming into the playoffs. More importantly they got healthy at the right time. “I’m proud of my team in terms of what they accomplished this year, it stings right now, it is sad we did not have the showing we wanted, we did not give ourselves an opportunity in that fourth quarter giving up 26 points,” Sky head coach Pokey Chatman stated. Epiphanny Prince, a key part of the Sky offense, was 1-of-6 from the field finishing with only three points. Prince totaled 26 points the entire series.

Elena Delle Donne, who battled a back injury during the series, scored 23 points, Sylvia Fowles had 20 points and Allie Quigley had 19 for the Sky off the bench. The absence of Griner, who sat out following surgery to correct a retinal issue after she was hit in the right eye in Game 2 evened the match, but the Sky could not take advantage in front of the home crowd. “They had an amazing season, they set records, they are a phenomenal team, you have to give them all the credit, they have Diana and obviously you want to emulate the champion,” Delle Donne stated. The game was played at the UIC Pavilion because Allstate Arena was unavailable due to a Garth Brooks tour.

The Sky have come a long way and the Mercury are the perfect team they can look to emulate. The youngest team in the WNBA is currently one of six teams in the league still financially in the red. “We think we deserve to be considered with all the other top men’s sports teams, and we’re not there yet. We are trying, but it’s a constant battle. We have to earn it, but we have to demand it a little, too.” Sky owner Michael Alter stated. No reason for Alter not to be pleased with the progress. I saw him after the game with his long sleeve shirt; he will have to roll up the sleeves as he has work to do. Phoenix’s sweep in the finals was the fourth in the last five years, and fifth since the championship round went to a best-of-five format in 2005.

0 0 0 0
Previous : The Mercury keeps rising they are up 2-0 in WNBA Finals series over Sky
Next : Heat win final home preseason game over Rockets open season vs Wizards