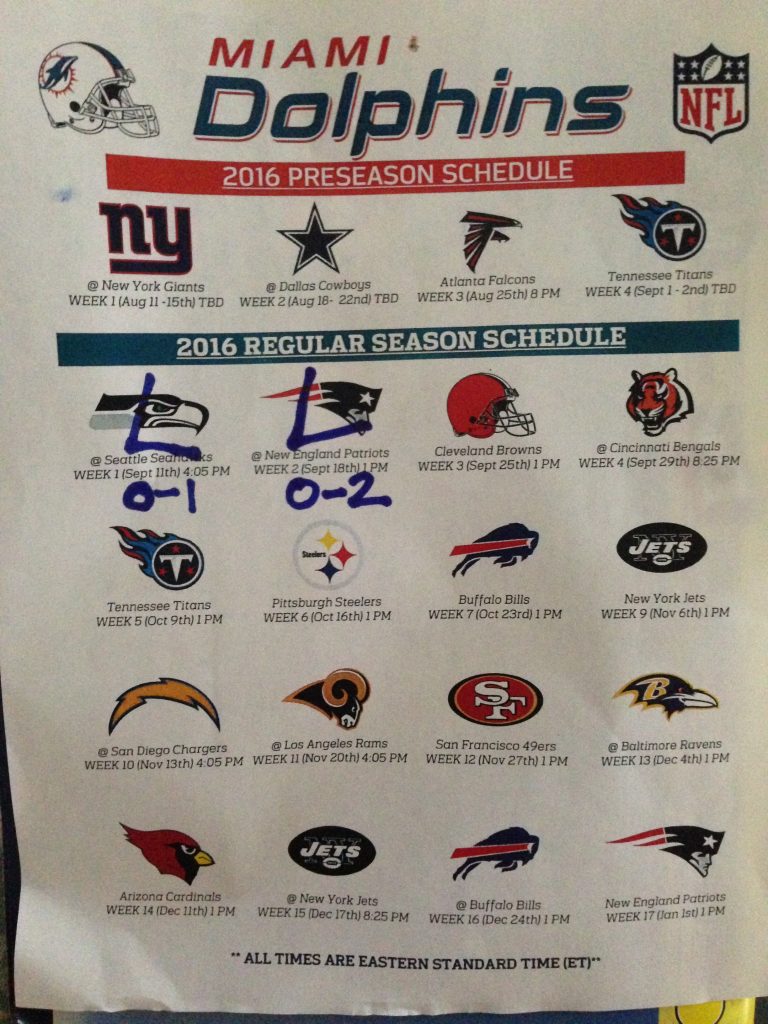 There is no coincidence that I began writing the “Dolphins make me cry” column this year for WORLDWIDEWEST. The Miami Dolphins are 0-2 for the first time since 2011. Their second loss of the season was a 31-24 defeat to the division rival New England Patriots. It was the Patriots’ eighth straight home victory over Miami. A Dolphins loss as puzzling as the first.

Patriots quarterback Jimmy Garoppolo only improved from the opening week; he had his three touchdown passes before leaving in the second quarter with a right shoulder injury.

Late in the second quarter, Garoppolo was back to his usual old self driving the Patriots down the field. He was chased out of the pocket, got off a completion to Malcolm Mitchell before being driven into the ground on his shoulder by Miami linebacker Kiko Alonso. Garoppolo was in pain and taken to the locker room. He punched off the clock 18 of 27 for 234 yards and the three touchdowns.

Miami actually made it interesting, mounting a comeback in the second half with the Patriots down to their third quarterback. Rookie Jacoby Brissett come on down. He led New England to a touchdown on its first possession of the second half.

Words you are reading cannot explain how bad the Dolphins look in this second game. A game the Patriots were without their four-time Super Bowl champion quarterback Tom Brady and arguably the best tight end in football Rob Gronkowski (hamstring). They could not stop the run which was the only game plan Bill Belichick had up his sleeve. LeGarrette Blount carried the ball 29 times for 123 yards and a touchdown. Oh! Lets not forget the missed 39-yard FG by Stephen Gostkowski with 1:08 to play. Tannehill magic? Not even on the Lord’s day.

“We couldn’t get anything going. We kept putting our defense back on the field after long drives. It’s tough on the defense. … We need to get points on the board early — and give our defense a break.” Dolphins quarterback Ryan Tannehill said.

Tannehill didn’t complete a pass until the second quarter (This is where you insert the sideways/frustrating face emoji). The Dolphins committed three turnovers in the first half.

Dolphins first-year head coach Adam Gase, who had no previous head coaching experience before taking the Miami job, can learn from his new across-the-field rival Belichick after this loss. If the goal is Super Bowl, you have to go through Foxborough, Massachusetts.

0 0 0 0
Previous : The Dolphins make me cry, week one
Next : Golden Panthers suffer worst lost of the season to Knights, Turner fired