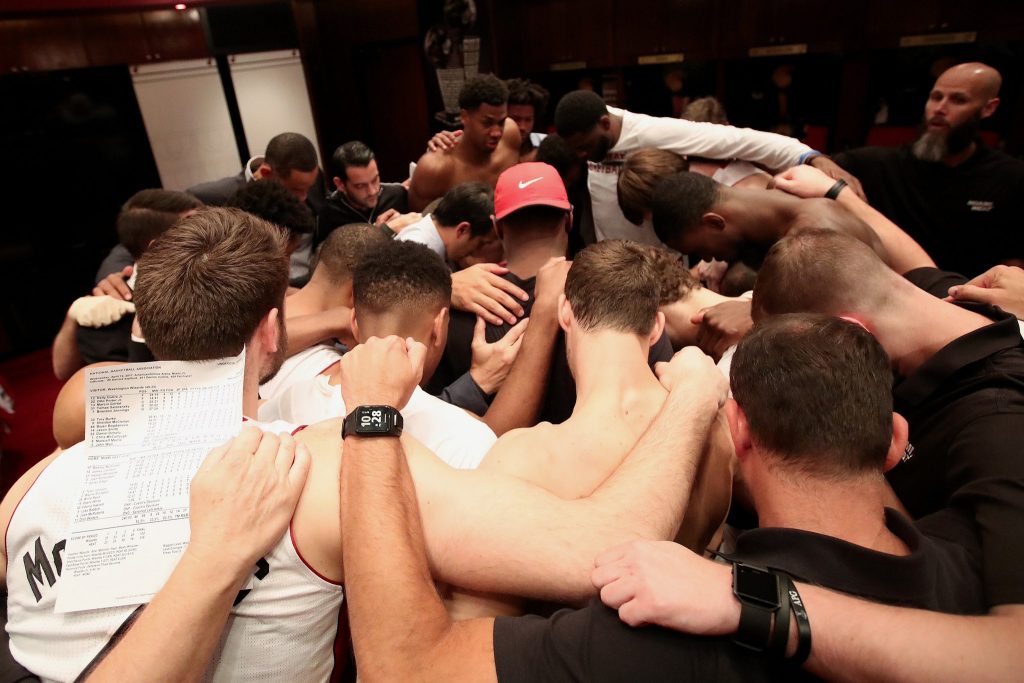 The Boston Celtics visited downtown Miami for the final time this season. I predicted they would be better than what their record was coming in. I also predicted the Miami Heat would make the playoffs.

No one is perfect.

Before the basketball was tipped, the game was secondary. The national anthem was performed pregame using “The Instrument of Hope,” a trumpet made from bullet casings — a project by students at Marjory Stoneman Douglas High School. The trumpet has been on tour for several weeks, part of the students at the Parkland, Florida, school’s mission to continue the dialogue about gun violence.

On February 14, 2018, the school gained national attention when a shooting occurred at the South Florida campus, leaving 17 dead and 17 more wounded. The alleged gunman, Nikolas Cruz who was a former student at the school, was apprehended hours later. Authorities have charged Cruz with first-degree murder in response to the shooting, and legal proceedings were ongoing.

Students from Stoneman Douglas were instrumental in changing Florida gun laws, on March 4, 2018, to raise the legal rifle-owner age from 18 to 21, with a three-day wait.

The Dwyane Wade’s “One Last Dance” tour is slowly coming to an end. Wade played for the 574th time at home in a Heat uniform. Only one more game in Miami remains for the legend — the Heat close their home regular-season schedule on Tuesday against Philadelphia.

Wade scored 17 for the Heat in a 112-102 loss to the Celtics on Wednesday night. Dion Waiters scored 21 points to lead Miami. Hassan Whiteside came off the bench to finish with 18 points and 15 rebounds for Miami.

There was a Gordon Hayward sighting. Hayward scored 25 points, scoring 15 in the second half adding eight rebounds and five assists.

“It was a big night for him,” Wade said. “That’s what good teams do, they have different guys, different nights who can have those big nights. They are going to be a problem in the playoffs.”

The Celtics remained tied with Indiana for the fourth-best record in the East. Those teams meet in Indianapolis on Friday, with the winner getting the No. 4 spot in the conference with two games left.

“It was a good basketball game,” Wade said. “They held us at bay. Every time we tried to make a run and get close, they made something happen.”

Mathematically the Heat are not eliminated from the playoffs however it is fair to say it is over. Unfortunately, Wade will not get one more playoff run with the Heat. The Heat fell to ninth at 38-40 — a half-game out of eighth, a game out of the sixth, but the odds are against them.

The beat goes on; the Celtics visit Indiana on Friday. The Heat take their talents Minnesota on Friday.