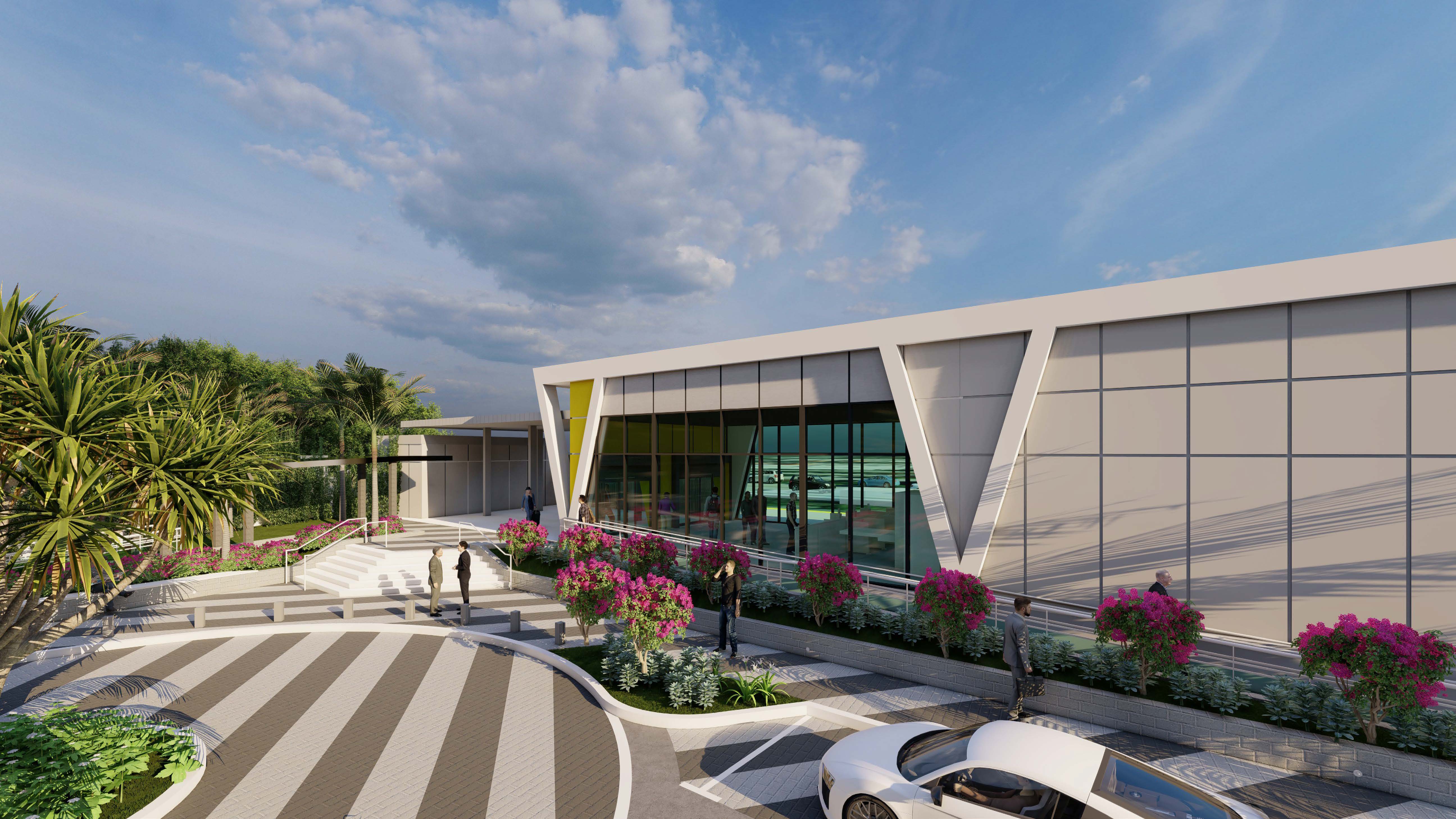 MIAMI, FL. – Brightline, the only provider of modern, eco-friendly, intercity rail in America, announces its partnership with Inter Miami CF to offer dedicated game day trains along with free shuttles for the 2022 Inter Miami CF season. Brightline’s Fort Lauderdale station is minutes away from the DRV PNK Stadium and starting on Saturday, April 9, fans traveling from Miami and West Palm Beach can enjoy a ride directly to the stadium on game day by booking the “GOOOL Getter” trains on Brightline’s app or website at time of purchase.

“Brightline offers a better, smarter way to get around for fans of Inter Miami. Cut through the traffic to see your favorite team play!” said Patrick Goddard, president of Brightline. “Inter Miami CF has a loyal soccer fan base throughout South Florida that can now travel seamlessly to the games with Brightline. With these dedicated pregame trains and connecting shuttles, we’re bringing the Brightline experience, energy and excitement that Inter Miami fans are going to love.”

Upon arrival at the Fort Lauderdale station, fans can catch a ride via a free dedicated Brightline shuttle for the final leg of the journey. Shuttles will run on a complimentary roundtrip transportation schedule to/and from the Fort Lauderdale station and stadium before and after the games, ensuring fans don’t miss a second of the action. The designated shuttle pickup and drop off area will be located outside of the Fan Zone at DRV PNK Stadium.

“We have put a major emphasis on entering partnerships with entities that will impact our fan experience for the better,” said Inter Miami CF Chief Business Officer, Xavier Asensi. “Our partnership with Brightline is a prime example. With this new partnership, our fans from Miami and Palm Beach now have an alternative method of traveling to Inter Miami CF matches and events at DRV PNK Stadium.”

For the partnership launch on April 9, fans on Brightline’s GOOOL Getter train win the pregame with surprise giveaway items, fútbol themed activations on select stations, special appearances, and electrifying soccer fan energy. Drink specials will include $4 Heineken (on board and in station) and $6 Flatbread from Brightline’s signature bar, Mary Mary.

The GOOOL Getter trains will run through October 22, the last match of the 2022 regular season. Riders are encouraged to look for the GOOOL Getter icon online when booking the train.

The complete Inter Miami game schedule can be viewed here. The partnership will also see Brightline provide service to other big events at DRV PNK Stadium.

Due to high demand, fans are encouraged to book tickets ahead of game day and check Brightline’s website for train times and prices.