NEW YORK, NY – Today, the WNBA announced that Phoenix Suns’ 12-time All-Star guard Chris Paul has been named the inaugural recipient of the Kobe & Gigi Bryant WNBA Advocacy Award for his significant contributions to the advancement of girls’ and women’s basketball, and advocacy for the WNBA.  The WNBA and Vanessa Bryant will present Paul the award at NBA All-Star 2022 in Cleveland during Sunday’s game. 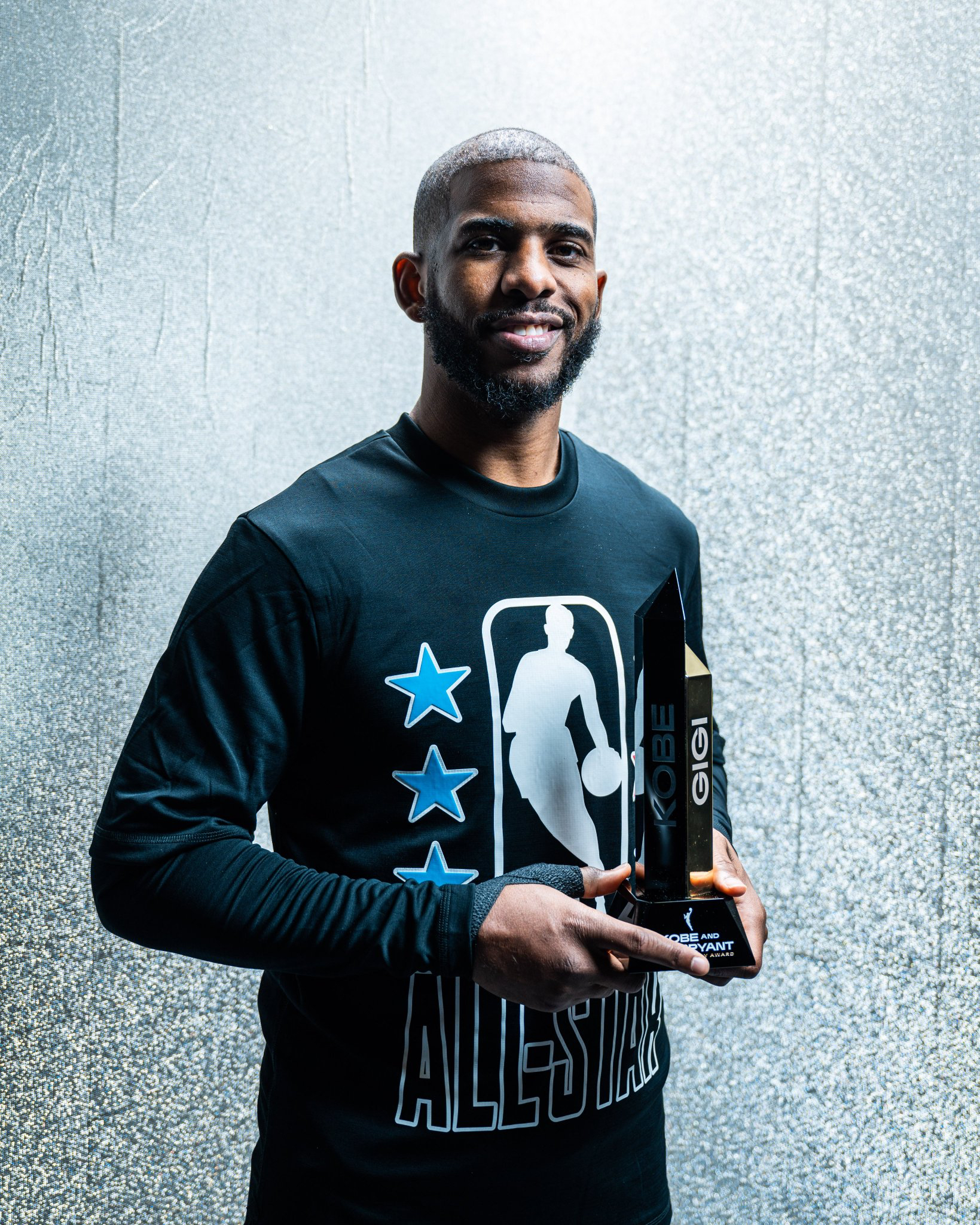 The annual award honors the late Kobe Bryant, a devoted supporter of the WNBA and women’s basketball, and his daughter Gianna (also known as Gigi).  Gigi, a happy, loving and competitive young lady, wanted to pursue her dreams of one day playing in the WNBA and continuing her father’s legacy while elevating women in sports.  Gigi loved the game of basketball and aspired to reach the pinnacle of the sport like her father.  Kobe Bryant contributed to the growth of the women’s game at every level through forging relationships, mentoring and training high school, college, NBA and WNBA players, coaching Gigi’s youth basketball team, and launching the Mamba Sports Academy.  He also was involved with empowering girls through Her Time to Play, an initiative created by the WNBA and NBA dedicated to championing participation in athletics on behalf of girls and women.

The Kobe and Gigi Bryant WNBA Advocacy award aims to honor advocates and influencers who use their time, talent, and platform to raise awareness for the WNBA, and women’s and girls’ basketball in various ways, like Kobe was so committed to doing.

“I have seen first-hand Chris’ appreciation of the WNBA and the game at every level for women and girls, especially in Phoenix and North Carolina, and his ardent support of our game strongly reflects the legacy of Kobe and Gigi,” said WNBA Commissioner Cathy Engelbert.  “The league is proud to name Chris as the inaugural recipient of the Kobe & Gigi Bryant WNBA Advocacy Award, as he serves as a leader and role model for other professional athletes around growing the future of the game for young girls and all fans.”

A devoted fan of the WNBA and the Phoenix Mercury, Paul has consistently demonstrated a unique level of support, attending games throughout the regular season and playoffs while also using his public platforms to highlight the on-court successes and stories of WNBA players as well as their leadership in the community through their fight for social justice.  During WNBA tentpole events such as WNBA Draft and All-Star, he can be found showing his support for rookies entering the league and WNBA veterans.  He also supports the youth girls’ game through camps and the CP3 Basketball Academy, with a mission of using basketball to enhance young athletes’ aspirations, disciplines and life skills.  Prior to the start of the WNBA’s historic 25th season, Paul was among several NBA stars that donned a WNBA player’s jersey to amplify the historic significance of the moment.  Additionally, Paul teamed up with Suns center Deandre Ayton to support the Mercury’s recent WNBA Finals playoff run.

Familiar faces at WNBA and NBA games, Kobe popularized the WNBA’s orange hoodie when he wore it alongside Gigi at the Mavericks-Lakers game they attended together in December 2019.  Not only marking an iconic moment of a “Girl Dad” supporting his daughter and her WNBA aspirations but helping to make the hoodie the best ever-selling merchandise item of the WNBA.  “The orange hoodie became a symbol of support for women’s basketball and working women in professional sports and the determination and dedication of the W players,” said Engelbert. Paul has also worn the WNBA orange hoodie on several occasions.

The Kobe & Gigi Bryant WNBA Advocacy Award highlights Kobe’s legacy as a coach and mentor and Gigi’s inspirational, relentless commitment to playing at the highest levels of the game.  The WNBA will make a donation to the Mamba & Mambacita Sports Foundation, a nonprofit organization dedicated to creating a positive impact for underserved athletes and boys & girls in sports founded through the vision and loving memory of Kobe and Gigi Bryant.