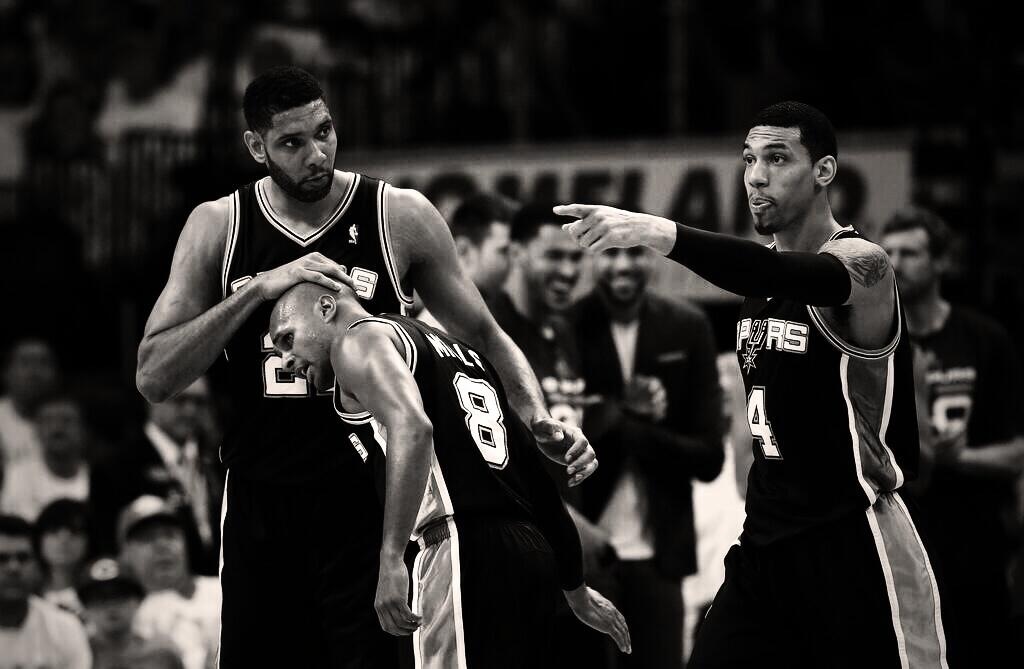 I was prepared to write a one paragraph game recap, but I realized it would only be one- sided when there were actually two teams on the court. The San Antonio Spurs defeated the Miami Heat 111-92 to take 2-1 series lead in the 2014 NBA Finals. The Spurs used a cheat code to unlock a shooting mode where they could not miss in the opening quarter. Well it appeared that way.

The Spurs made 19 of their first 21 shots and ended the first half 25-for-33 for a Finals-record 75.8 field-goal percentage. That eclipsed the 75 percent shooting by Orlando against the Lakers in the 2009 Finals.

Kawhi Leonard had command of the video game controller for the Spurs. Leonard scored a career-high 29 points after only scoring 18 in the first two games combined. He only pushed the shoot button because his outside shot was working early, making his first six shots and finishing 10-for-13 from the field. “I just found a rhythm, and my teammates found me the ball. I made shots,” Leonard said. The Spurs ended the half up by 21 points (71-50). The Spurs entered the game 46-0 in the postseason in the Popovich era when up by at least 20 points at halftime.

The Heat did everything they could to chip away at San Antonio’s lead, closing to within seven points in the third quarter. LeBron James and Dwyane Wade each had 22 points for the Heat, who host Game 4 on Thursday. Chris Bosh took only four shots and scored nine points for the Heat. James committed seven turnovers, his most in an NBA Finals game. “There we go,” James said when asked about the turnovers, “it’s a new storyline for LeBron.” The Heat for the second straight year will have to overcome a 2-1 Finals deficit after being blown out in Game 3.

The Heat came in having won a franchise-record 11 straight home playoff games dating back to Game 2 of the 2013 NBA Finals. Miami was 8-0 at home this postseason with an average margin of victory of 12.4 points per game. The Heat will have to hit the reset button on their own video game console as they cannot afford to lose Game 4 at home.