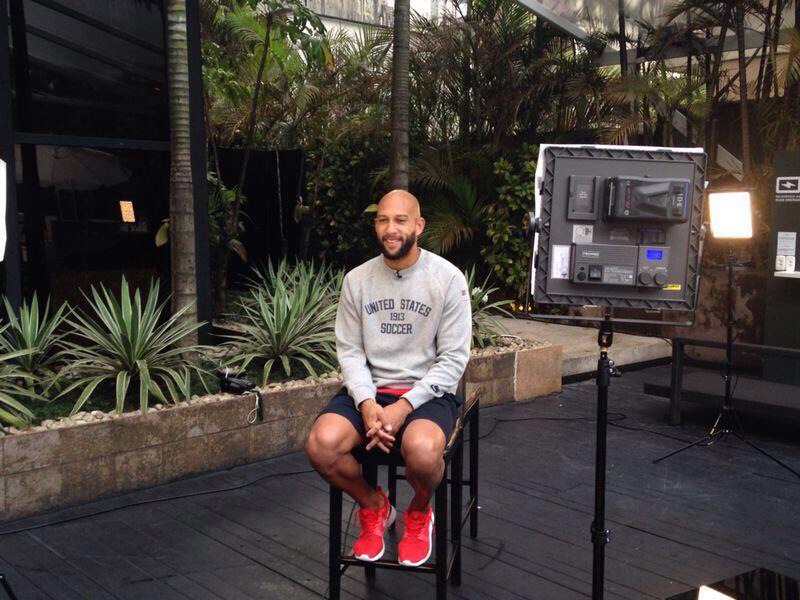 The 2014 FIFA World Cup is over. Germany was crowned world champions for the fourth time thanks to a stunning extra-time winner from sub Mario Gotze. He chested down Andre Schurrle’s cross and kicked in a winner to cap a historic victory for the jubilant Germans. It is the latest goal in a FIFA World Cup Final.

I handed the Germans the trophy when they drowned the host nation in tears by defeating Brazil 7-1. Brazil allowed seven goals for the first time since 1934 (worst loss in team history) and tied for most goals allowed by a host nation in a FIFA World Cup match.

Argentina’s Lionel Messi lost a great shot of adding the World Cup trophy to his resume, and what would have been a glorious win in the home of the Argentinian’s fiercest rivals, Brazil. Messi was awarded the Golden Ball, as the tournament’s best player.

I am not writing to share my knowledge of the global sport, but instead my increased revere for it. The United States team had me cheer “I believe that we will win,” however there were times the Americans just did not look as good as the teams they faced. Belgium knocked them out 2-1 in a match that included a performance for the ages by U.S goalkeeper Tim Howard. Belgium attempted 27 shots on Howard, compared to nine for the United States.

“The levee is going to break at some point,” Howard said.

It was the first time the team made two consecutive trips to the knockout stage of the FIFA World Cup. The shot attempts were so high versus the Americans because the defense was not there in front of Howard. The U.S. played without forward Jozy Altidore who suffered a pulled hamstring in the first game of its group match against Ghana. Clint Dempsey played. Michael Bradley played. What is the answer for the United States?

The U.S. needs a Lionel Messi on the team. Better yet who is our LeBron James? The consistent rhetoric is that it was a win for the Americans because they made it through the group of death. Advancing past the group of death is an achievement when so many counted the Americans out. To emerge from a physically and mentally draining opening group that included a rematch of Ghana, a favored Portugal and the eventual World Cup champion Germany, is a sporting feat worth celebrating. However you are not handed the World Cup trophy after the group matches.

I revere U.S. team soccer enough now to put the pressure on them to do better in the 2018 World Cup in Russia. There is enough progress where I will start cheering, “We will win.” U.S. head soccer coach Jürgen Klinsmann recently received a contract extension, but the former German national team manager built the team that won this World Cup.

The time is now for the Americans. In the 107th minute of the Belgium-U.S. match, Julian Green scored a goal to give them hope then and in the future. There is young talent and much of which to be proud of the squad Klinsmann assembled and is assembling. The Americans stood up against the Belgian roster which has the World Cup’s third-most expensive squad, player for player. The future is bright. Goalkeeper Howard flew back to American soil with a World Cup single-game record 16 saves. America’s first World Cup trophy win will be the one with record setting fans behind it.