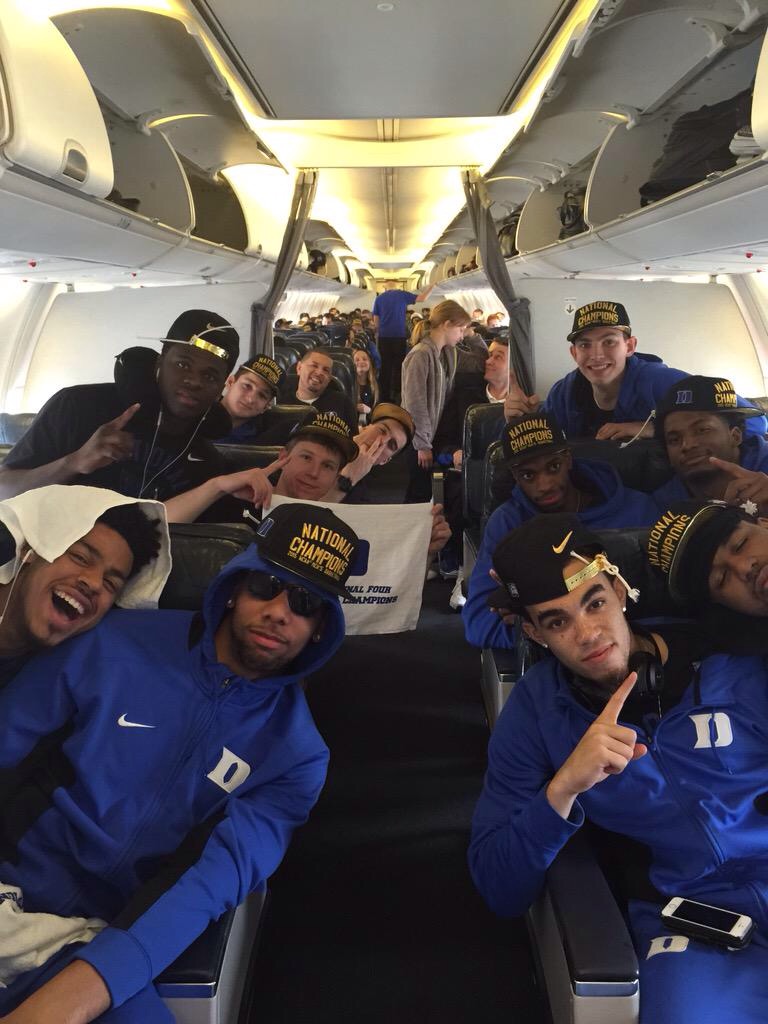 There is a team in Kentucky who has blue as part of their school colors who many predicted would win the national title including yours truly. The team with the Blue Devil as its mascot is the one who reigned supreme.

Led by freshman starter Tyus Jones and Grayson Allen off the bench, Duke outscored Wisconsin by 14 points over the final 13 minutes to pull out a 68-63 victory for the program’s fifth national title.

Duke’s Mike Krzyzewski now has five titles, alone in second place on the all-time list, behind only John Wooden.

“It was really divine,” Krzyzewski said.

As I viewed the game, I could not help but say to myself the Badgers will lose this game. Primarily Krzyzewski out coaching Wisconsin’s Bo Ryan with cards both dealt. Throughout the contest Jahlil Okafor and another freshman, Justise Winslow, who might be playing at an NBA arena near you next season, were in foul trouble. Krzyzewski managed their minutes with key substitutions. That, and the foul count, the Badgers got whistled for only two fouls in the first half, but the count in the second half was Badgers 13, Blue Devils 6. Duke shot 20 free throws to Wisconsin’s 10. Ryan could be seen pleading his case for the non-calls, but committed the cardinal sin during the postgame news conference, blaming the referees as part of the reason for losing the game.

The Badgers, who were trying to bring their first title back to Madison since 1941, stymied the Kentucky Wildcats from potentially going an NCAA best 40-0. However, that was not the title game. The Blue Devils turned a one-time nine-point deficit into an eight-point lead with 1:22 left. “There was more body contact in this game than any game we played all year, and I just feel sorry for my guys that all of a sudden a game was like that,” Badgers coach Bo Ryan said.

Even though Frank Kaminsky outplayed Okafor to draw both his third and fourth fouls early in the second half, Wisconsin couldn’t pull away from an aggressive Duke defense that allowed only 55 points a game in the five contests leading to the final. Wisconsin shot 41 percent — seven percentage points under its season average.

Kentucky and its quest for perfection stole the headlines this season. I had Kentucky over Duke in my office bracket (which I won I might add). Wisconsin played for the title deservedly so, but I can’t help but wonder how higher the ratings would have been had Duke been jumping for joy as the confetti fell in a win over Kentucky.

0 0 0 0
Previous : Kawhi Leonard leads the Spurs over the Heat
Next : 10 for UConn women with victory over Notre Dame