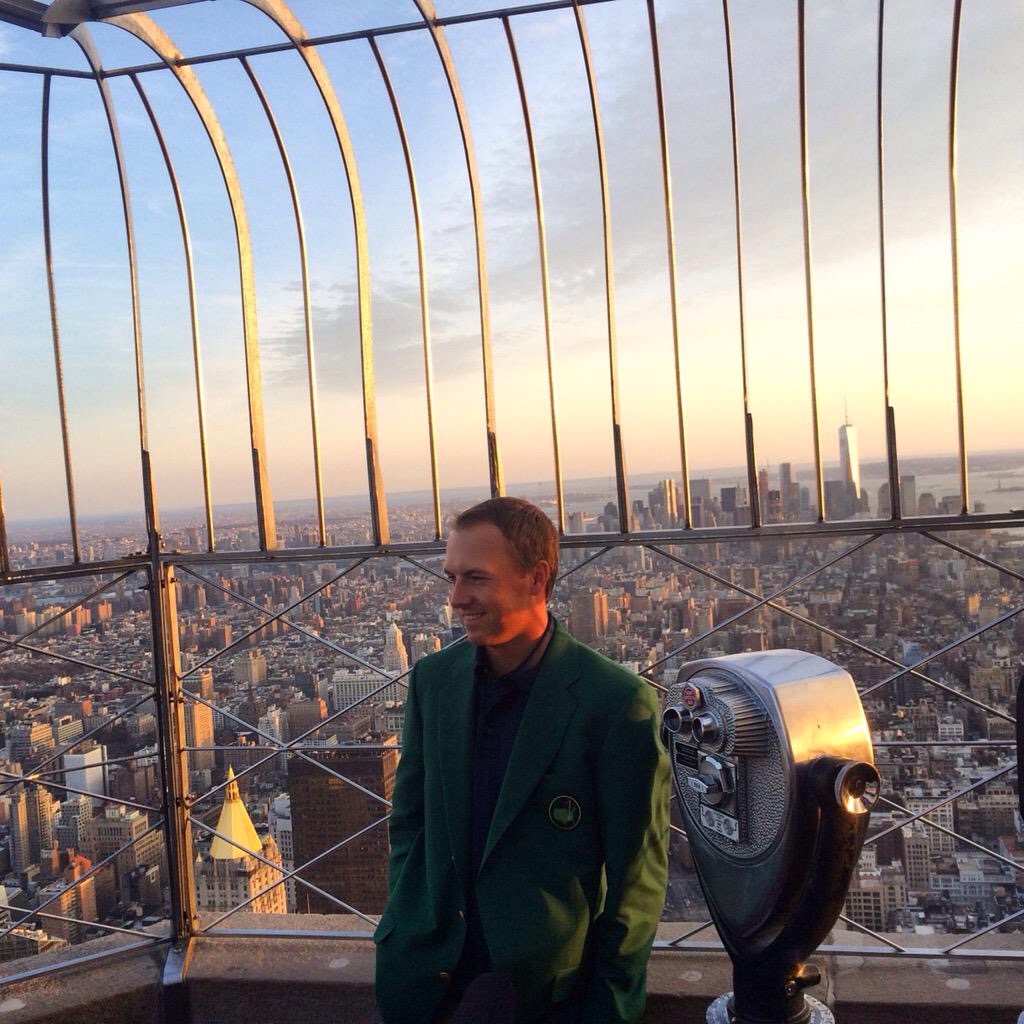 They say when you finish second you are the first loser. Jordan Spieth’s wire-to-wire win at the Masters, his first win in a major, gives reason to finish second. The 21-year-old not only dusted off the competition, he wrote his own history in doing so.

Along with the 1.8 million dollars and 600 FedExCup points, please take a bow Jordan. Not since Raymond Floyd in 1976 has anyone withstood the pressure of leading for all four rounds at Augusta National. “This was arguably the greatest day of my life,” Spieth said. “To join Masters history and put my name on that trophy and to have this jacket forever, it’s something that I can’t fathom right now.”

Spieth was overdosed on confidence and started not fearing the consequences after finishing second in last year’s Masters. This year, along with the wire-to-wire lead, he set a 54-hole scoring record, 36-hole scoring record and recorded the most birdies at the Masters with 28. Plus what is wire-to-wire without the lowest opening round by a champion at 64.

The headline coming in was Tiger Woods playing in the Masters after a nine-week absence from competitive golf. On the final day, Woods didn’t hit a fairway on the front nine and never was in the game, closing with a 73 to finish tied for 17th at 13 shots behind. It was his best finish in a major since tying for sixth in the 2013 Open Championship. Woods turns 40 in December.

Phil Mickelson and Justin Rose finished tied for second at -14. Lefty holed a bunker shot for eagle on the par-5 15th, but he couldn’t make a birdie the rest of the way. Rose got to within three shots of Spieth on three occasions on the front nine, and Spieth kept his swagger up. He picked up two shots on Rose on holes 8 and 9 — the same location where the Masters got away from Spieth last year.

Rory McIlroy had a goal himself coming in. There was hype about the career grand slam bid by McIlroy. Unable to achieve it, he gave credit to the star of weekend. “It’s awfully impressive,” McIlroy said after closing with a 66 to finish fourth.

We all deserve second chances particularly when we learn from them. Since 1950, only three players have won the Masters in one of their first two starts at Augusta National — Jordan Spieth, Charl Schwartzel and Fuzzy Zoeller. Oh how green it is.

0 0 0 0
Previous : 10 for UConn women with victory over Notre Dame
Next : Heat barely stay alive for playoff spot with win over Magic.