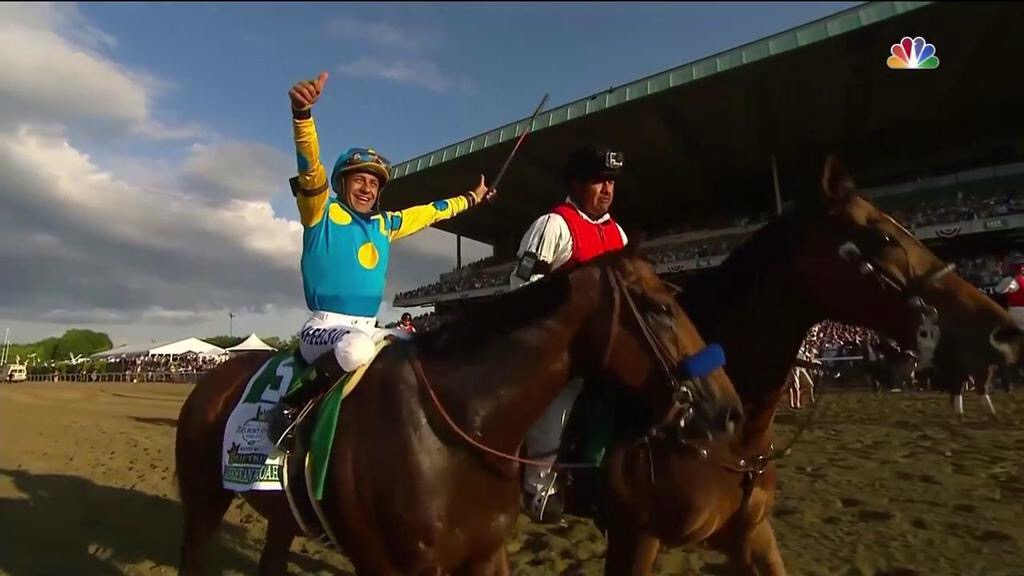 Early Saturday morning began with Serena Williams winning the 20th Grand Slam title of her career at the French Open. It’s history that some have taken for granted and many have not. Coming into the weekend, there were possibilities that Williams would have been overshadowed by a horse, possibilities because we have been down this road before. The 37-year wait came to an end. American Pharoah became the first Triple Crown winner since Affirmed in 1978 and the 12th Triple Crown winner overall. The last time this happened I was not born yet; to witness one of the sporting world’s rarest feats was special.

It is cliché to say it was cool to watch, but that’s exactly what it was with a splash of joy.

Victor Espinoza became the first Hispanic jockey to win the Triple Crown. “I come here with a lot of confidence — more confidence than anywhere,” Espinoza said. “This time, I had so much confidence in American Pharoah. That trophy caused me a lot of stress. But the third time is the charm.” Espinoza got it done on his record third attempt after failing to win in 2002 and last year on California Chrome.

American Pharoah led all the way to win the Belmont Stakes by 5½ lengths Saturday, becoming the first horse in 37 years to sweep the Kentucky Derby, Preakness and Belmont Stakes.

Again I cannot stress how cool this was to view. Money was involved, but it did not overtake the true joy out of the moment and the fans were prime examples of that. More than 90,000 American Pharoah two dollar winning bets have gone uncashed. Burger King reportedly shelled out $200,000 to have its mascot appear at the Belmont Stakes with Bob Baffert, the trainer of American Pharoah. The fast-food chain’s costumed “King” stood behind Baffert at Belmont Park on Saturday. Baffert’s wife, Jill, told Time Magazine that the $200,000 payment would be going to charities for post-career jockeys and racehorses.

Money may keep the lights on, however the moment is priceless and memories will never fade.

0 0 0 0
Previous : Sky win season opener over Fever
Next : Chicago Blackhawks the model franchise for the NHL