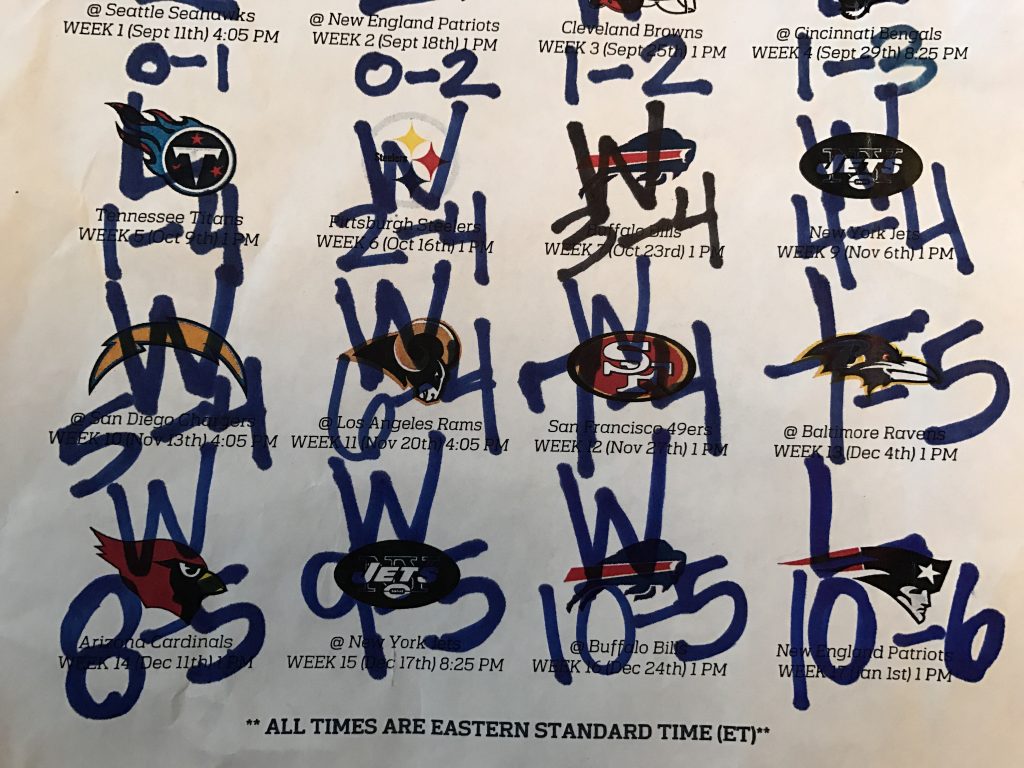 The Miami Dolphins finished the 2016 regular season with 10 wins, 6 losses and their first playoff appearance in eight years.

The Dolphins ended the season with a 35-14 loss to the New England Patriots who with their future Hall of Fame quarterback missing the first four games have clinched home-field advantage, a first round bye and the top overall seed in the AFC. Worth a standing ovation people.

Speaking of standing ovation, Tom Brady is worth an encore. Brady is a deserving MVP candidate after missing a quarter of the season. In Sunday’s game, Brady threw for 276 yards and three touchdowns adding the icing on the cake to a perfect road record.

“It’s just important to keep that foot on the gas pedal,” Brady said.

New England became the ninth team since 1972 to go undefeated on the road during the regular season. Brady passed former Dolphins quarterback and Hall of Famer Dan Marino for fourth place on the NFL’s career passing yards list with 61,582 yards.

Are the Dolphins dead on arrival or swimming into the playoffs?

The Dolphins will have a rematch against the AFC North champion Pittsburgh Steelers, who lost 30-15 at Miami in Week 6.

Leading up to the game there were echoes of Jay Ajayi actually sitting this game out. He went to the X-ray room after the game but said he was fine. He ran for 59 yards and finished his breakout season with 1,272.

Matt Moore, filling in for injured starter Ryan Tannehill, went 24 for 34 for 205 yards, 2 TDs and 1 interception.

Miami had three fumbles in the game played on their home field.

The fish can redeem themselves. Beat the Steelers and they’ll play at New England the weekend of Jan. 14-15. First on to Pittsburgh where the Dolphins will try to win a playoff game for the first time in 16 years.