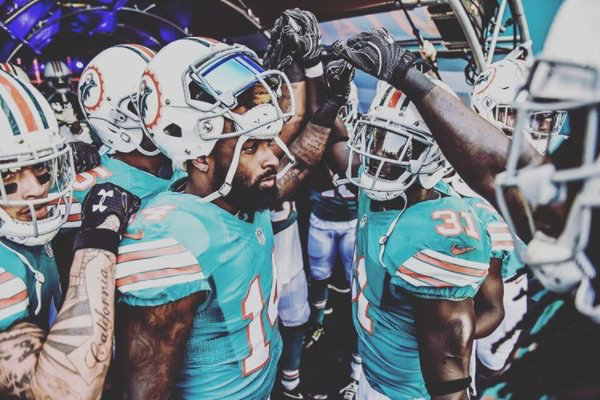 Yes, Miami won earlier in the season however the playoffs are a different animal and the same beast. The Dolphins produced a 30-15 regular-season victory over Pittsburgh when Jay Ajayi rushed for 204 yards, the start of three consecutive 200-yard games by the second-year back.

Two-time Super Bowl champion Ben Roethlisberger was intercepted twice by Miami during the regular season but again this is the postseason. Big Ben’s postseason experience could be a crucial element in this contest with Dolphins quarterback Matt Moore.

Another factor is that the Steelers finished the regular season with seven consecutive victories as one of the NFL’s hottest teams. Roethlisberger, Antonio Brown and LeVeon Bell will be together for a playoff game for the first time. Let’s ring the bell.

Fourth-year pro running back Le’Veon Bell rushed for 1,268 yards and had 616 receiving yards in only 12 games this season. Bell helped me win my fantasy league, back-to-back champ if I do say so myself. Back to the lecture at hand, injuries forced Bell to miss all three of Pittsburgh’s playoff games during his young impressive career.

Slowing down the Pittsburgh offense that includes star receiver and Miami native Antonio Brown (106 receptions for 1,284 yards and 12 touchdowns) will be a challenge for a Dolphins’ defense that ranked just 29th in total defense at 382.6 yards per game. Miami gave up more than 30 points in three of its final five regular-season games.

The weather may be an even edge for both teams. In Pittsburgh, where the Steelers host the Dolphins, the high temperature Sunday is predicted to be 19 degrees. This is notable because the Dolphins have not played a game below freezing this year. The coldest games they played came in Weeks 15 and 16, against the Jets and Bills, with game-time temps in the upper 30s. The good news for the Dolphins is that they won those.

The Miami players say who plays quarterback for them isn’t an issue. Well let me say this. The better quarterback plays for the Steelers even if Ryan Tannehill was starting. Can the 32-year-old Moore, who did not start a regular-season game since 2011 before starting the final three games of the regular season…handle the pressure?

The Dolphins are 10-point underdogs. At 10-6 overall, this team began the season 1-4. First year head coach Adam Gase and the coaching staff has done an amazing job.

It may sound cliché but Miami needs to score to win. Ajayi’s running with the balance of Moore will be valuable and can get the Dolphins in a rematch against Tom Brady and the New England Patriots.