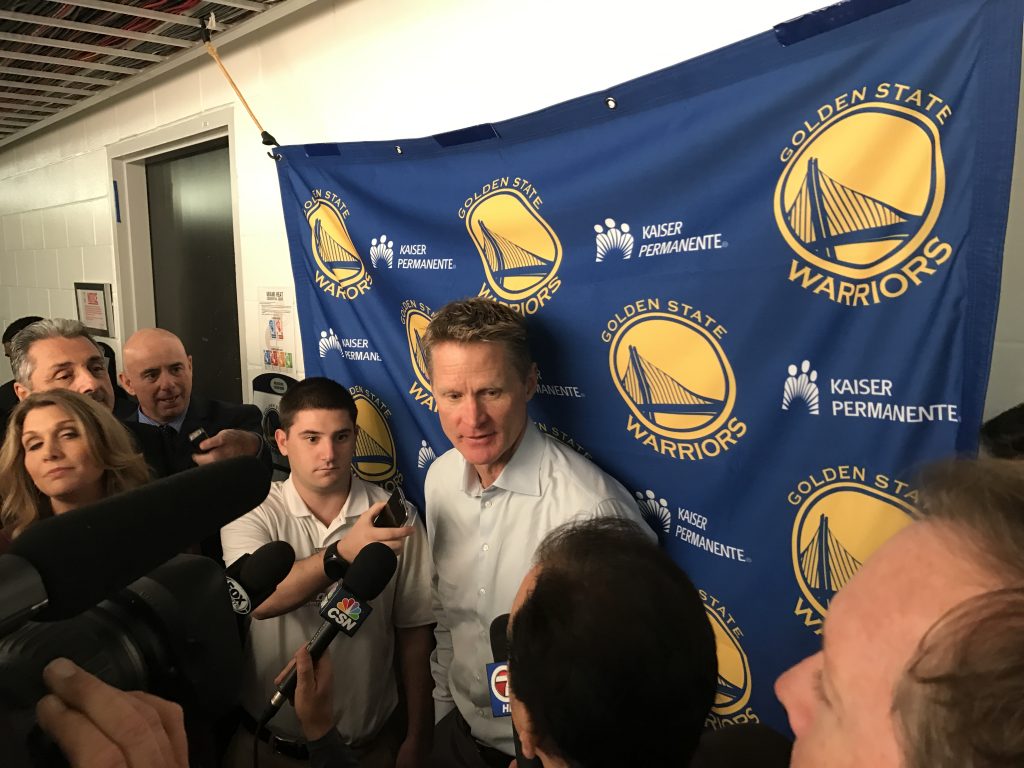 The Golden State Warriors walked into the American Airlines Arena in Miami Monday night on a seven-game win streak not intimidated at all by the Miami Heat’s three-game win streak.

Dion Waiters sent the Warriors home with a memo.

Waiters made a 3-pointer with 0.6 seconds left as the Heat beat Golden State 105-102 to end the Warriors’ winning streak.

The beat goes on for the Heat as their streak is now four games. Waiters continued his individual streak of scoring 30 points matching his career high of 33 points in the win.

Miami had a 10-point lead with 4:55 to play in the fourth. Kevin Durant tied the game on a dunk with 11.7 seconds left. With no timeouts, Waiters walked the ball up the court, made a couple moves on Klay Thompson, and then connected from top shelf. “I knew it was good,” Waiters said. “He let me get to my shot.”

Curry finished with 21 points, 10 rebounds and eight assists, Durant scored 27 and Thompson had 22.

The Heat are now 15-30 and 9-13 at home however don’t let the record fool you. This team leaves it all on the court. Let me say this, if the same Knicks roster played in Miami moreover was coached by Erik Spoelstra and his coaching staff, they would be more respected for their effort than the punch line to a joke.

Curry will have a busy Tuesday in his native North Carolina. First, his old number will be retired at Charlotte Christian High. After that, the student section at Davidson’s Belk Arena will be named in his honor at halftime of the game there against Duquesne.

Heat: Visit Brooklyn on Wednesday, starting a two-game trip that also has them facing Dwyane Wade in Chicago on Friday.

0 0 0 0
Previous : In the Heat of the moment, Miami wins second straight with win over Dallas Mavericks
Next : In the middle of the NFL playoffs, Australian Open Tennis has been eye eyecatching