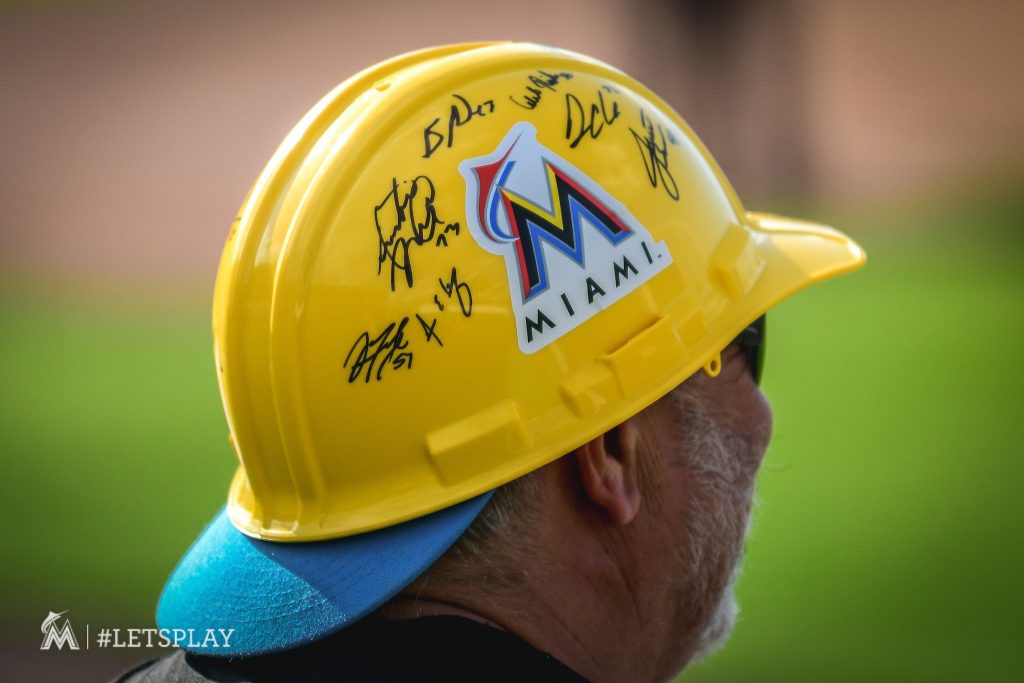 Baseball season is here. It has been five months since the impossible happened. The Chicago Cubs won the World Series. From the old residence of “Chi-city” to the current one, Miami.

The Miami Marlins open their 25th anniversary season. They are on the verge of throwing the first pitch of the 2017 MLB season after the death last September of Jose Fernandez. It will not be easy to come back from the loss of their ace however this Marlins team can seek the opportunity and prove pundits wrong.

With the loss of a pitcher like Fernandez, the pitching rotation is where the steps forward begin. Wei-Yin Chen is the possible number one guy considering he was just average last season. The Marlins are gambling on an $80 million contract with his name on it. Elbow issues from last season make him an injury risk.

Edinson Volquez is an addition who would have looked sexy years ago, but he will fit in the rotation as the fifth option. Lefthander Adam Conley and righthander Tom Koehler fare evenly in the rotation with Conley given the edge to even move to their number two. Right hander Dan Straily is coming off a career-best season (14-8, 3.76 ERA).

The bright side and the talk has been rising star Kyle Barraclough. His fastball is above average and he can turn on his slider when consistent. Growing in the big leagues along with commanding the strike zone will only make him exclusive.

The team overall can defy the odds facing them. The boys in the desert have this Marlins team finishing third in the National League East with their win total at 76 ½. I give them 83 wins considering they finished 79-82 and third in the NL East last year. The Marlins have not made the playoffs since 2003 when they won the World Series, and have not had a winning season since 2009.

The Marlins open the season with a record $115 million roster eclipsing the 101.6 million in 2012. Three players will make at least 10 million, with starting pitcher Chen toping the list at 15.5 million. Giancarlo Stanton delivering deep home runs at the cost of 14.5 million followed by Martin Prado at 11.5 million.

Stanton and centerfielder Christian Yelich played in and won the World Baseball Classic. Both feel this was an experience of a lifetime winning baseball’s most prestigious international tournament. “If anyone asked me, I tell them you have to do it. It is an experience of a lifetime to go out there on that kind of stage with USA on your chest,” Yelich stated. “I had a great time it was a great experience.” The United States won its first title. They were paid $100,000 each. Many will donate to USA Baseball which promotes the game on all levels from Little League to summer games.

The Marlins open on the road at Washington for their first six games. Their home opener is against the Atlanta Braves a week later. The make of this team is nearly the same as last season. They are opening the season with eight relievers in an effort to shorten the game and take some of the pressure off the starting staff.

Second year Marlins manager Don Mattingly in spring training had bricks broken on his chest to keep the clubhouse easy and relaxed. “I feel confident with our club,” Mattingly stated. “I trust these guys that we’re ready to go and that they’ll be ready, and that they’re going to do the things necessary to take this to the next level.” Dee Gordon was suspended for 80 games last season after testing positive for performance-enhancing drugs.

Gordon redeemed himself the remainder of the season however Mattingly will need him and the full cast to chase down the Nationals who are favored to win the National League East. Play ball.

0 0 0 0
Previous : “Fedal” in the 2017 Miami Open gave me a sense of gratitude this year
Next : In the Heat of the moment, Miami has two remaining home games to decide season