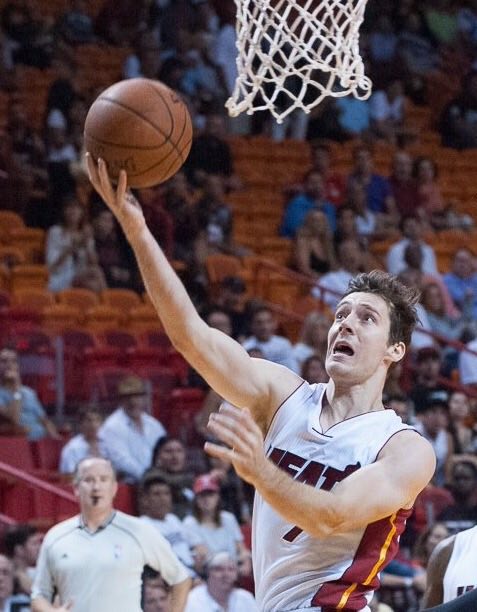 The Miami Heat are 0-8 on Sundays… I say this because this was the day they lost their last home game before going on a very critical three-game road trip versus the Charlotte Hornets, Toronto Raptors and the next day against the Washington Wizards. Let’s go on a ride summarizing these critical three road games.

The Heat survived with a 112-99 victory over the Hornets making franchise history collectively and individually. They finished 21-40 from three-point land, breaking the old franchise record of 19 for threes made. The win placed Miami back into the eighth playoff spot in the Eastern Conference. They have the same 38-40 record as the Indiana Pacers but won the season series. The Heat are also tied with the Chicago Bulls for seventh but Chicago owns the tiebreaker. Goran Dragic carried the load for the Heat with 33 points, one of his season highs. Hassan Whiteside still in stitches with his cut hand wrapped scored 13 points and snagged 20 rebounds. It was his 54th double-double breaking a tie with Rony Seikaly. Charlotte never drew within single digits in the final six minutes. On to Toronto.

Oh Ca-na-da. The Toronto Raptors were up by as many as 18 points in the first half, but survived a Heat push in the second half to win 96-94. The Raptors were led by Demar DeRozan’s 38 points. He averaged 32.3 points against the Heat in four games this year. Toronto won the season series against the Heat for the third straight season. The Heat were 19 games under .500 at one point this season. Their playoff chances are slipping away after this loss. James Johnson carried the load with 22 points and 10 rebounds for Miami against his former team, while Dragic added another 18. Forward Luke Babbitt (hip) missed the game. Miami players have missed 312 games due to injury or illness, the most in the NBA. For the sixth and final time this season, the Raptors wore their blue-and-white Toronto Huskies jerseys, commemorating the 1946-47 Basketball Association of America franchise. Toronto is 6-0 while wearing the throwback uniforms. Miami is on to the nation’s capital for a back-to-back vs the Wizards. A win will secure the season series over the Wizards. The Wizards and Toronto are battling for third in the Eastern Conference so Washington may not rest any starters.

Hassan Whiteside finished with 30 points, 12 rebounds and three blocks for the Heat against the Wizards. One of those blocks prevented Bradley Beal’s three-point attempt from tying the game. The Heat ended the three-game road trip 2-1 with a 106-103 win over the Wizards. After the three-game road trip, the Heat are still ninth in the standings with the same record as the Bulls who own the tiebreaker and one back of the Pacers in the seventh spot. I don’t want to sound redundant but this desperate playoff push will come down to the final game of the season featuring these two teams again in Downtown Miami. This team will take a tie for eighth considering they were 11-30 at one point this season. James Johnson had a huge go-ahead layup with 11 seconds left to give the Heat a 104-103 lead. “We’re excited, but our job’s not done,” said Johnson, who finished with 15 points and 11 rebounds. “We’re not worried about the standings. We’re worried about these next two games and taking care of that.” Markieff Morris led the Wizards with 21 points. Center Ian Mahinmi had 11 points and nine rebounds, coming up just short of his first double-double of the season. Beal and John Wall couldn’t handle the Heat defense combining for 11-of-33 shooting with 13 turnovers.

I mentioned the Wizards in the final game of the season, but first the Cleveland Cavaliers come to town. No word yet if LeBron James is playing in his return. The beat goes on along with the plot thickening.

0 0 0 0
Previous : Gone fishing, Miami Marlins baseball preview
Next : In the Heat of the moment, Miami’s playoff chances may come down to the last second of another game