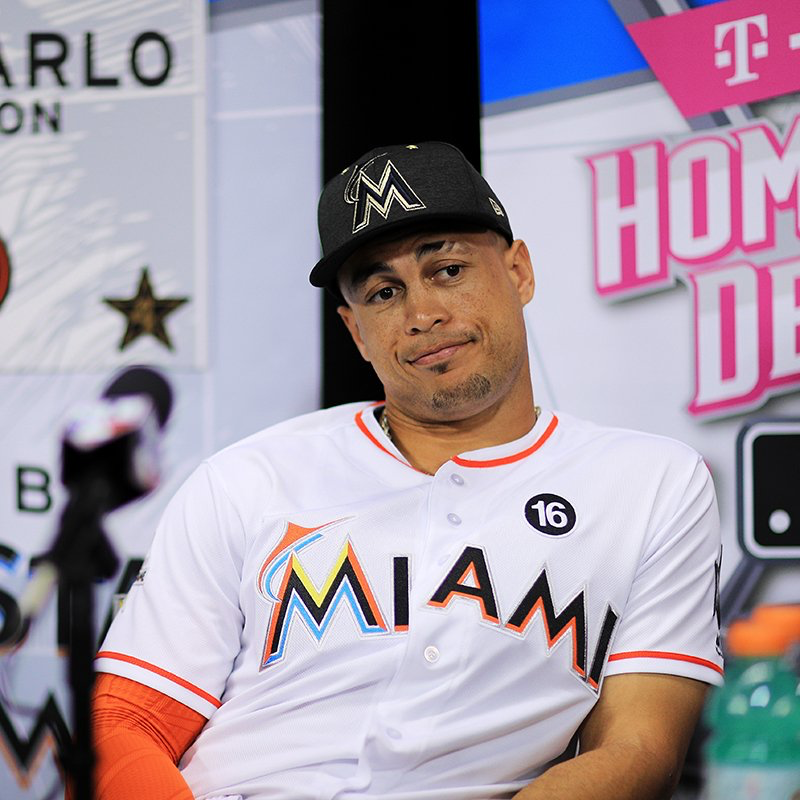 Judge needed just a little more than half his allotted time to get past the Twins’ Miguel Sano in the finals with 11 homers and crushed four home runs beyond the 500-foot mark, going as deep as 513 feet in Round 2. Two of Judge’s homers were longer than any Statcast™ has tracked since its inception in 2015.

However did the Derby live up to hype or expectations? My answer is no. Judge and Stanton were not in the finals. Leading up to the finals, I was hoping the rounds would be exciting. With all due respect from a guy who never hit a baseball, they were subpar. Baseballs were barely flying compared to the first half of the MLB season which has been a home run derby. There were 3,343 home runs in the first half, breaking the previous record of 3,312 set in 2000. The Home Run Derby participants read like a basketball roster since the average height is 6 feet 3, 240 pounds. Stanton stands 6 feet 7 inches tall.

Sano lived up to the hype, surprising me as he went toe to toe with Judge. He plays in Minnesota resulting in many MLB fans not knowing who he is. He has Prince Fielder body resemblance. Sano was able to get in a groove and raise his stock amongst baseball fans.

Yes, Judge took home the hardware but his toughest challenge came in Round 1, when he narrowly survived with 23 home runs to Bour’s 22. Judge coasted past Bellinger in the second round with more than a minute to spare.

These giant men are hitting the ball 500 feet; I may not be able to dunk a basketball but I like my chances of actually hitting a ball. To actually hit it this distance can’t go unnoticed. Some can relate to the concept with a dream of actually hitting it far, when you are the size and height of these athletes.

For your information, Stanton was the third biggest guy in the competition, coming in second Sano and rounding the top Judge.

The Derby may not have lived up to my expectations but Judge individually was impressive. He hit 47 home runs going into cruise control with 1:53 to go in the completion because he sealed the deal. In the second round, he averaged 457 feet per home run. The four home runs hit over 500 feet in the Derby were all hit by the Yankees rookie. Judge was a three-star athlete in high school as a basketball, football and baseball player. All rise…Judge is a baller.

0 0 0 0
Previous : Russell Westbrook is winning this offseason and why not?
Next : The Perfect Storm, Miami Hurricanes Paradise Camp sets the tone for winning