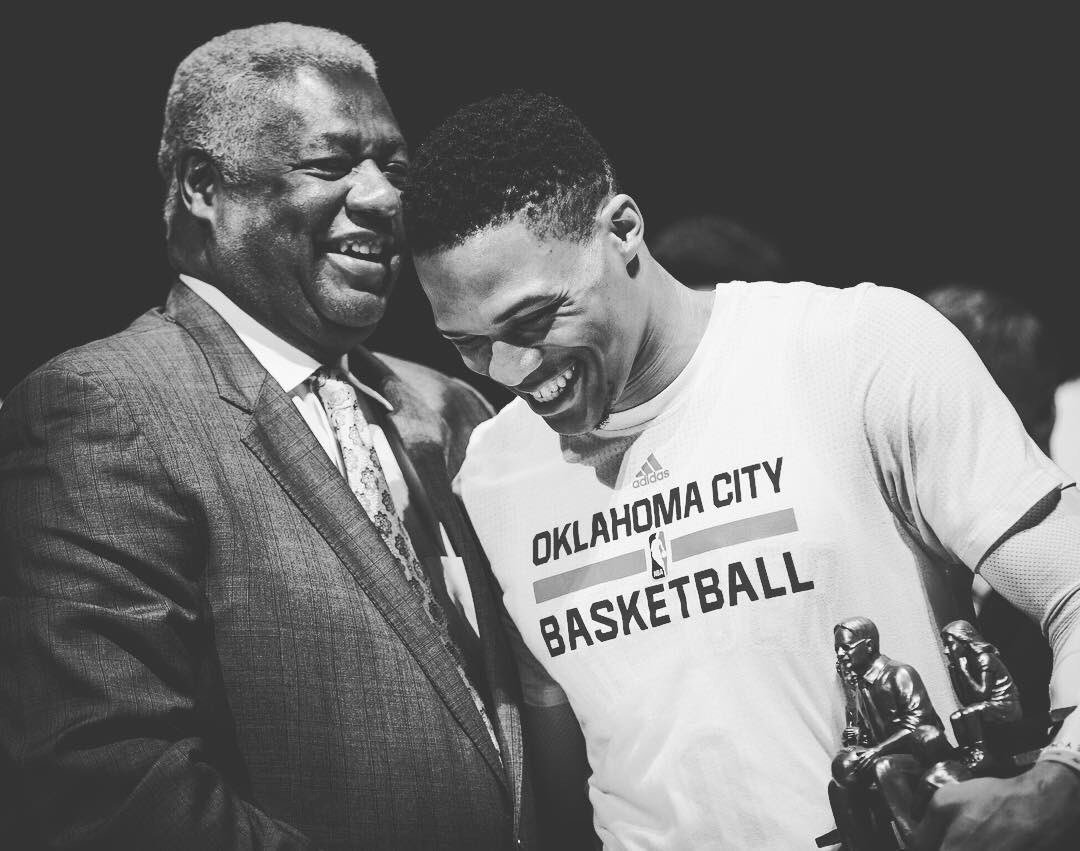 The NBA season has been over for a while now however summer league play has been sizzling to say the least. Ride the time machine back with me as the season was winding down specifically to the Oklahoma City Thunder vs Denver Nuggets regular-season game. In that game, Russell Westbrook scored the Thunder’s final 15 points to finish with 50 points, 16 rebounds and 10 assists. Let’s not forget a buzzer-beating three for Westbrook with 2.9 seconds remaining on the clock, for a 106-105 Thunder win. That sealed the MVP award for Westbrook in my eyes.

“I cannot thank everyone across the world, all the fans, all the kids for supporting me my journey of playing basketball is an amazing thing,” Westbrook stated. “Blessed to be able to do it at a high level and I am so thankful.”

Westbrook had a triple-double against 27 of the 29 NBA teams this regular season. Jason Kidd is the only player with triple-doubles against more teams (28) in his NBA career.

Westbrook joined Oscar Robertson as the only players to average a triple-double for the season, and he broke Robertson’s single-season record of 41 triple-doubles in 1961-62.

Westbrook led the Thunder to the sixth seed in the Western Conference and beat out James Harden of the Houston Rockets and Kawhi Leonard of the San Antonio Spurs for the league’s top honor. And their teams were better with the Rockets finishing third and the Spurs second.

Westbrook may not have finished with a top tier team in the Western Conference however he did illustrate he is winning with the same team that Kevin Durant left to join the Golden State Warriors and earn a title with. “The Brodie,” which is also Westbrook’s sort-of nickname for himself and his brother, captured the hearts of fans at home and opposing road teams. He was winning in life without being named the MVP. In the offseason, he is the big winner.

The Thunder added Paul George from the Indiana Pacers for practically nothing and a possible one-year rental. Speaking of rental, LeBron James, George and Westbrook will all be free agents next summer with rumors of the Los Angeles Lakers being the destination for at least one of the prized superstars. I predict Westbrook and George stay with the Thunder moreover build on a future legacy.

George shared to Sports Illustrated how it was not easy to leave the only team he played for in the Indiana Pacers adding the time to win in the NBA is fleeting.

“There’s no right way to handle it,” George said. “I get the frustration. I get why people are upset. But at the same time, I want the average fan to understand that we only get a small window to play this game and more than anything you want to be able to play for a championship. I wanted to bring that to Indiana. I really did. I love Indiana. That will always be a special place for me and I’m sorry for not holding on. But I wasn’t sure we’d ever get a team together to compete for a championship and that’s where all this came from.”

George and Westbrook talked briefly on the phone that first night. “I think I fit with how he plays and vice versa,” George says. “Being a knock-down shooter, I think I can spread the floor for him and run the floor with him. But I also think I can help get him easier opportunities, being able to drive and dish the ball out, so he can attack guys closing out on him.”

The Thunder are obviously not as talented as the Warriors, but they could be best qualified to defend them, with the length and versatility of George, Andre Roberson and Steven Adams. “Our defense,” George says, “is going to be insane.” Head coach Billy Donovan has already flown to Los Angeles, and during a barbecue at George’s house, discussed strategy with his new star.

It is exciting to preview this team and the upcoming NBA season that begins October 17th but it is all banter for now. One thing for sure is Westbrook, after his first MVP win, is the winner this offseason. He and George will only capitalize on the current success and build on the exit of Durant even more. One last thing, Westbrook is new father. Winning.

0 0 0 0
Previous : The Dolphins make me cry, Miami rookie Charles Harris is leading a rookie class on the field and in the community
Next : Gone fishing, Miami played host to a mediocre Home Run Derby