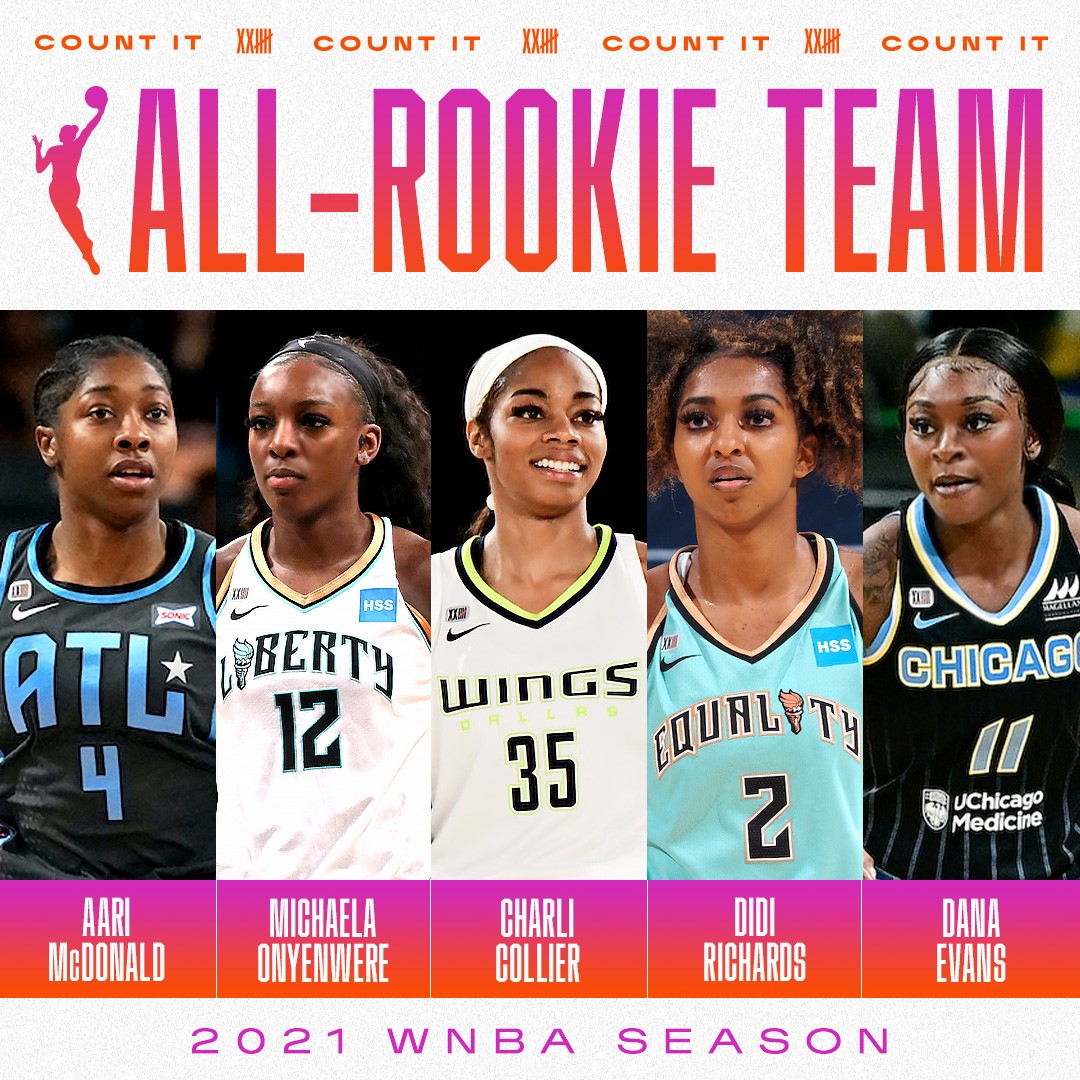 The 13th pick of the second round in the 2021 WNBA Draft, Evans ranked first among rookies in free-throw percentage (88.5%) and second in three-point percentage (40.0%) in 2021. Split between time as a member of the Dallas Wings (6 games) and Chicago Sky (23 games), the former Louisville standout finished the 2021 regular season averaging 3.3 points per game across 7.6 minutes per game as well as the fourth-most games played (29) by a rookie. As a member of the Sky, Evans averaged 3.9 points per game across 8.6 minutes per game and dished out 1.2 assists per game.

“It feels good to be recognized in the WNBA. This league is tough and has a lot of great players,” Evans said. “I’m blessed that Chicago has allowed me an opportunity.”

Evans gives the Sky an all-rookie selection for the first time since 2018, when current Sky guard Diamond DeShields was selected. It marks the ninth time that the team has at least one player selected to an All-Rookie team.