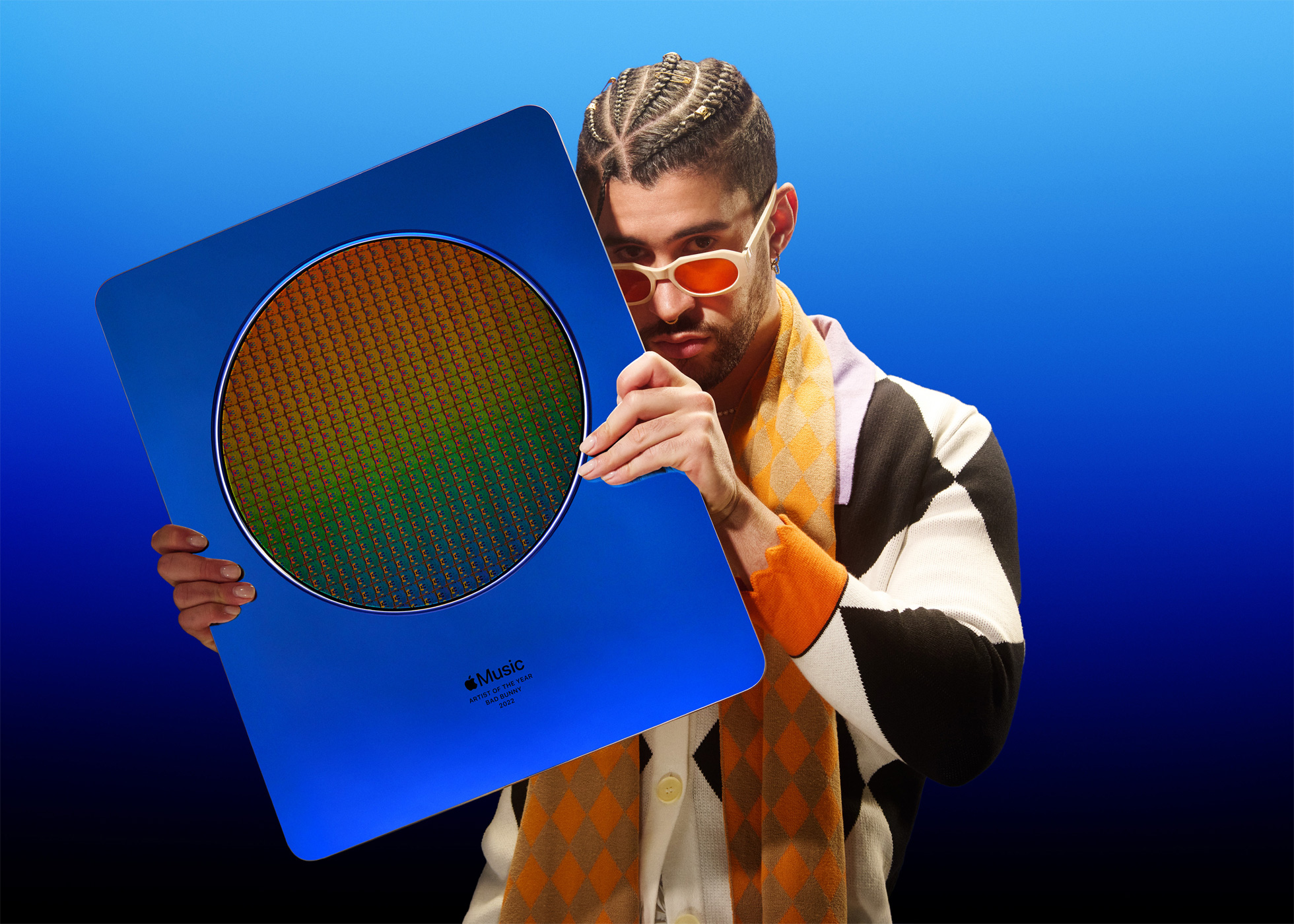 Global recording artist Bad Bunny was announced today as Apple Music’s Artist of the Year, in acknowledgement of the musician’s artistic excellence and influence on global culture in 2022. So many of music’s biggest stars released amazing music in 2022 — one truly owned the year. Released this past May, Un Verano Sin Ti, the artist’s sixth project in four years, is Apple Music’s most streamed album of 2022 and now the biggest Latin album of all time. And beyond the eye-popping numbers, Bad Bunny has truly ushered in a seismic shift in global pop over the past few years.

“We’re thrilled to celebrate the achievements of Bad Bunny, whose influence on every corner of culture could not be ignored in 2022,” said Oliver Schusser, Apple’s vice president of Apple Music and Beats. “Watching Bad Bunny ascend from an Apple Music Up Next artist in 2018 to our Artist of the Year this year has been nothing short of extraordinary. We congratulate him on his record-breaking year and for continuing to bring Latin music to a massive global audience.”
“When I started, I didn’t have a global fan base,” Bad Bunny tells Apple Music in an exclusive film, out today, that gets up close and personal with the 2022 Artist of the Year. “I’m grateful for everything I’ve accomplished and everything I’ve experienced. The Latin music movement has grown so much. I would never take full credit or say, ‘It’s because of me.’ No, it’s every one of us. A whole generation. Our energy and presence is always felt.” Upon being presented with the Apple Music Award, he adds: “Thank you to Apple Music and to all the people who listen to my music every day. I’m super happy!”

Shazam turns 20 – thank You for the help of identifying music

Explore Bad Bunny’s meteoric rise, the music he helped revolutionize, and the historic 2022 that made him Apple’s Artist of the Year here.
Today, Bad Bunny takes over the La Fórmula playlist and handpicks his favorite tracks from Myke Towers, Rauw Alejandro, Mora, Jhayco, and others across Apple Music. And on Apple Music 1, it’s all Bad Bunny, all day. Listeners can tune in to an array of radio content celebrating Bad Bunny — including new specials, archived programming, early career interviews, and playlists that showcase the many different sides of the artist and his historic year. Tune in at apple.co/am-1.
A Look Back at Some of Bad Bunny’s Biggest Moments on Apple Music
Apple pressroom contributed to this column