NEW YORK, NY.  – The WNBA today announced plans to acknowledge the importance of Phoenix Mercury center Brittney Griner to the league.  During the 2022 season, which tips off on Friday, May 6, Griner’s initials and jersey number (42) will be featured along the sideline of all 12 WNBA courts.

“As we begin the 2022 season, we are keeping Brittney at the forefront of what we do through the game of basketball and in the community,” said WNBA Commissioner Cathy Engelbert.  “We continue to work on bringing Brittney home and are appreciative of the support the community has shown BG and her family during this extraordinarily challenging time.”

The below image demonstrates the design of Griner’s initials and jersey number that will be placed on each WNBA court. 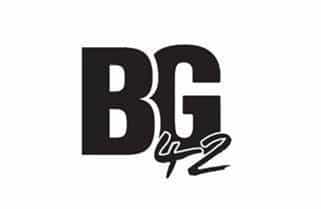 The league also announced today that the Phoenix Mercury have been granted both roster and salary cap relief so that it can carry a replacement player until Griner, who will be paid her full salary, returns home and is ready to get back on the court.

As previously announced by the Mercury, philanthropic initiatives recognizing Griner and modeled after her contributions to the Phoenix community will take place across the WNBA during tip-off weekend into the 2022 season.  Every WNBA market will support BG’s Heart and Sole Shoe Drive, which is in partnership with the Phoenix Rescue Mission.  Griner founded the initiative in 2016 to support the homeless population.

“In conjunction with the league, the other 11 teams, and those closest to BG, we will work to keep her top-of-mind as we tip the 2022 season,” said Jim Pitman, Executive Vice President and General Manager, Phoenix Mercury.   “While we await her return, our main concern remains for her safety and well-being.  Our fans will miss her impact on the court and in our community, and this gesture of including her initials on every court and our BG’s Heart and Sole Shoe Drive activation in every market are for them and for her.”