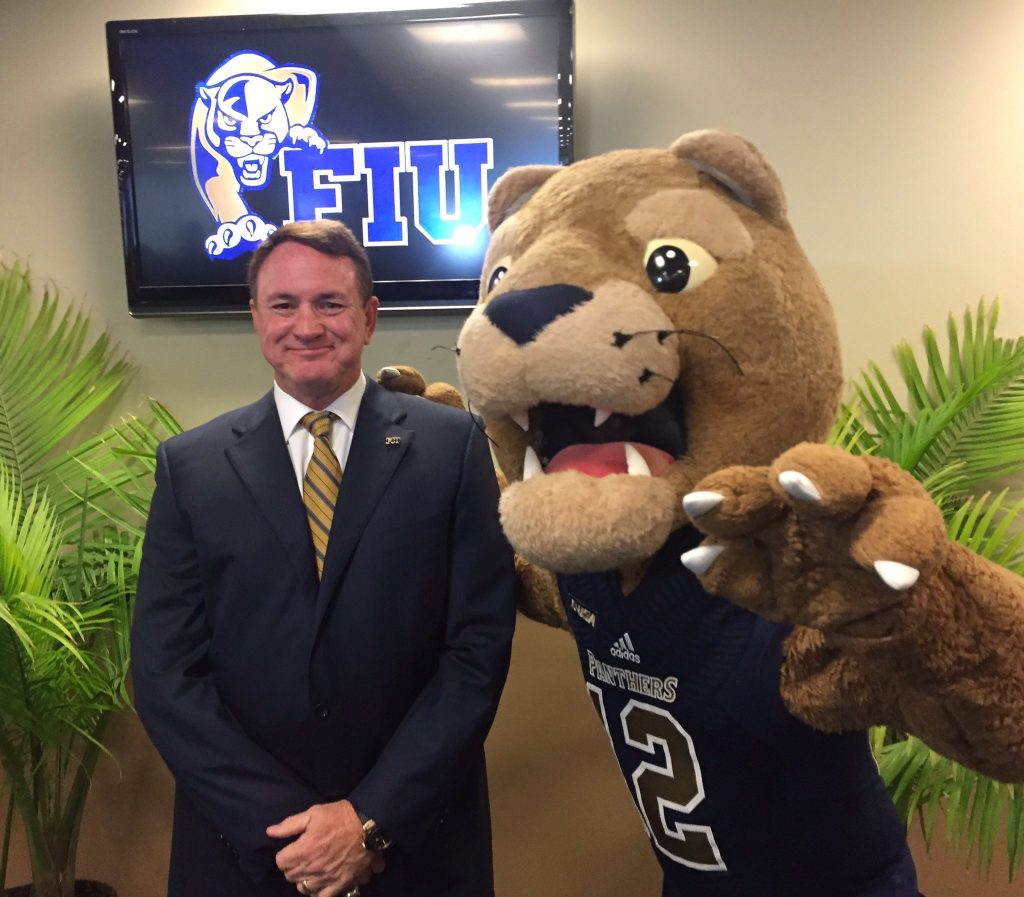 You thought the homecoming of Mark Richt with the Miami Hurricanes was met with rose pedals and wine. Well, Davis is met with horse, carriage and trumpets.

The former University of Miami and North Carolina coach agreed to a deal with the FIU Panthers. Davis’ deal is five years and nearly one million dollars annually.

Davis is returning to the Miami area after coaching the Hurricanes from 1995 to 2000, where he had a 51-20 record. Davis took his talents to the Cleveland Browns in 2001, where he spent four years before receiving a pink slip after a 24-35 record. At Carolina, he went 28-23 then was fired before the 2011 season while the Tar Heels were under investigation.

Davis inherits a team that fired Ron Turner this season after going 10-30 as FIU head coach, promoting Ron Cooper into the interim role. The Panthers are 3-7 this season and losers of three in a row. The Panthers have two games remaining, one on the road and at home.

“I want to be on a two game winning streak going into 2017,” Davis stated.

Welcome back to Miami Butch, let’s see if 200,000 now will witness you are back.