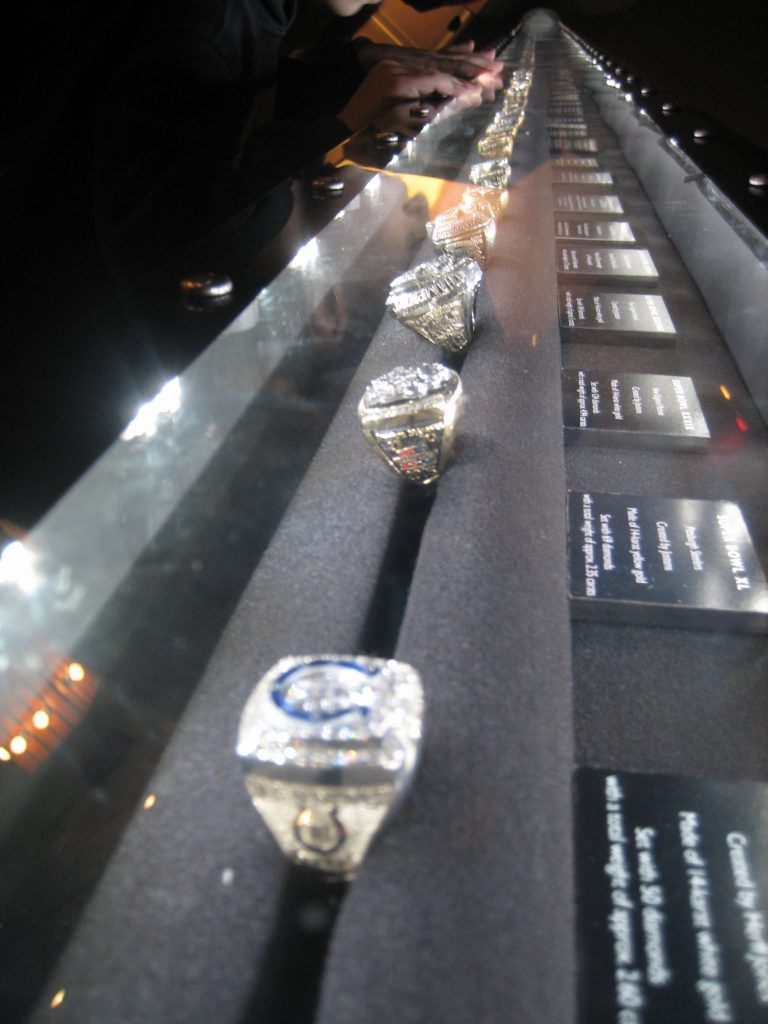 The location: East Rutherford, New Jersey. The venue: the most expensive stadium in the world, MetLife Stadium at 1.6 billion dollars. Super Bowl III MVP “Broadway Joe Namath” famously known for the line: “We’re going to win Sunday. I guarantee it,” dressed up in a fur coyote coat with fox trim, made the coin toss. But the Seattle Seahawks did not state heads or tails while it flipped in mid-air. Referee Terry McAulay intercepted the coin, then handed it back to Namath and allowed him a do-over. The Seahawks won the toss calling tails and deferred to the Broncos for the opening kick. At that point, there was a feeling in the air, Super Bowl XLVIII between the Seattle Seahawks and Denver Broncos would not turn out to be what many expected.

The fastest score in Super Bowl history with 12 seconds into the game came in at the first snap of the ball. On that first play, Peyton Manning stepped up toward the line just as center Manny Ramirez snapped the ball. It flew past his surprised quarterback into the end zone, where Knowshon Moreno dived on it for a safety. The Seahawks never relinquished the lead from there. Seattle won its first Super Bowl title in franchise history by punishing Peyton Manning and the Denver Broncos 43-8. That masterful defense named the “Legion of Boom,” never let the five-time MVP get going, disarming the highest scoring offense in league history which came in averaging 37.9 points per game in the regular season.

The weather forecast at the start of the NFL season was a hot-button topic. The first outdoor Super Bowl played in a cold weather city in the league’s biggest media market. Temperature at the start of the game was 49 degrees. Super Bowl VI played at Tulane Stadium in New Orleans, Louisiana where the Dallas Cowboys won over the Miami Dolphins 24-3 in 39-degree weather was the coldest to date. Seattle raised that temperature taking a 22-0 lead into halftime.

Speaking of halftime, now is where I insert my thoughts on the halftime performance and commercials collectively. Bruno Mars became the youngest performer in the Super Bowl halftime show at 28 years young. I loved the opening with Mars showing off the repertoire on the drums. On the 10th anniversary of “nipplegate” which Justin Timberlake exposed the left nipple of Janet Jackson, the Super Bowl had a safe performance until the Red Hot Chili Peppers sent me searching for my next snack. With the game practically over, the commercials get a slight edge in terms of being better than the Super Bowl matchup. The ads featured emotion and nostalgia. My winners are the Radio Shack and Heinz spots. Research has shown if the game is not within two touchdowns, people turn the game off. Advertisers spent 4.5 million dollars for 30 seconds.

The “12th Man” which is why CenturyLink Field, home of the Seahawks is the loudest NFL venue with 137.6 decibels of noise was present at the game. The first score of the game came 12 seconds into the game. Marshawn Lynch scored the first touchdown of the game with 12 minutes to play in the second quarter. Matt Prater led the NFL with 81 touchbacks in the regular season; his pooch kick led to a Percy Harvin 87-yard kickoff return to open the second half 12 seconds into the third quarter. Harvin only played 33 snaps this season. The “12th Man” kept the party going as the Seahawks jumped out a 29-0 lead.

Seattle’s Russell Wilson was overshadowed by future Hall of Famer Manning going into the game. Coming in, Wilson’s 24 regular-season victories are the most by a quarterback in his first two seasons since 1950. “Separation is in the preparation,” Wilson stated. He attended Manning’s passing camp as a sophomore in high school. The devout Christian finished 18 of 25 passing for 206 yards, 2 touchdowns, zero interceptions and was not sacked. The third-round pick in the 2012 draft, joined Doug Williams of the Washington Redskins as the only two African-American quarterbacks to win a Super Bowl. The Seahawks became the first team not to commit a turnover in a Super Bowl game.

Peyton Manning well, where do I begin? Statistically the five-time MVP winner has been amazing in my years of watching him play football. I always battled between Tom Brady versus Peyton Manning always giving the edge to Brady. All-time, Joe Montana gets my vote never losing in the big game. Manning after this loss is now 11-12 in the postseason, 1-2 in the Super Bowl. Manning opened the 2013 season by throwing an NFL record-tying seven touchdowns in a 49-27 rout of Baltimore.

It is night and day when comparing the offensive player of the year’s regular season and post-season success. The most prolific quarterback in NFL history has eight one-and-done losses in the playoffs, five of them on his home field. Now Super Bowl XLVIII. “We played a great football team. We needed to play very well in order to win; we were nowhere close to that. Give Seattle a lot of credit. They are an excellent football team,” Manning stated. Peyton Manning has never overcome a bigger deficit (down 22) to win a postseason game. “OMAHAHAHA” was trending on Twitter for this game.

The cities of Seattle and Las Vegas love the Seahawks. Majority of gamblers in the desert picked Peyton Manning and his Denver Broncos; it accounted for two out of the three betters that picked them to win the Super Bowl. A record 119.4 million dollars was wagered, the house made 20 million on the action. That’s the legal amount of money in the desert accounting for only one percent of the amount of money gambled in the world. A projection of 10 billion was gambled on this game, a record. Las Vegas did not have the over-under on Namath’s fur coat actually being the one he wore in the 60’s.