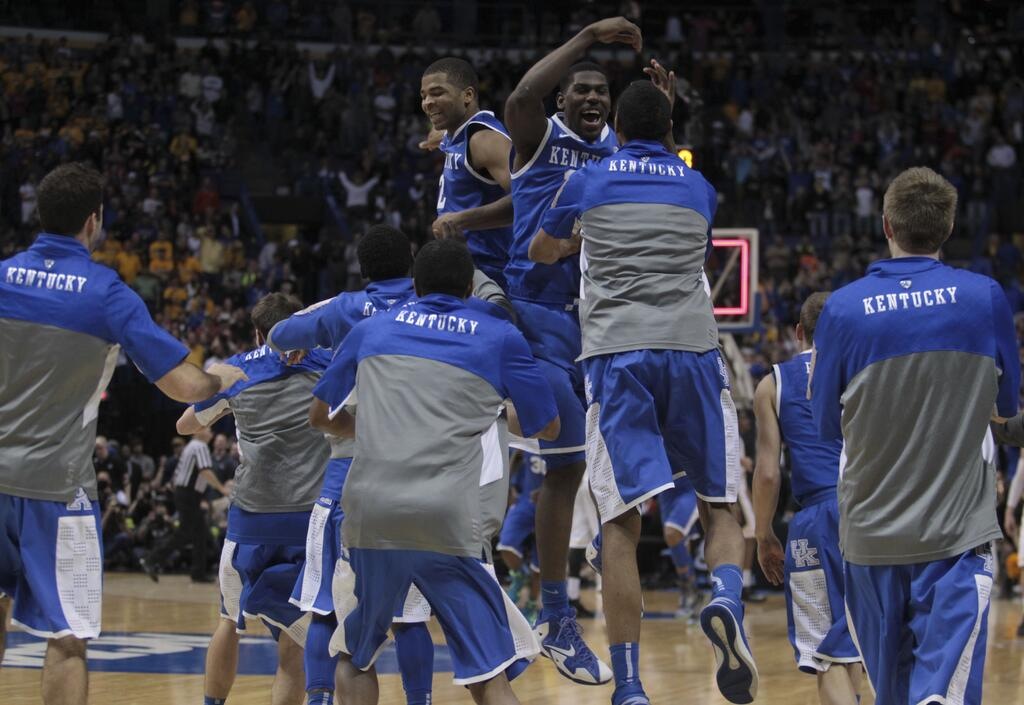 With a blink of an eye, the men’s NCAA tournament is down to four. This is exactly how I picked it. The Florida Gators out of the South Region. The Connecticut Huskies out of the East. Wisconsin out of the West and out of the toughest region the Midwest, Kentucky. Okay, I only had one out of the four picking the Florida Gators winning it all over Louisville. Warren Buffett had nothing to worry about regarding my bracket in the running for one billion dollars within hour one of the tournament. Here is my second chance at picking the remaining four and crowning the new king.

Huskies’ head coach Kevin Ollie is standing out from the other coaches in the Final Four. I did not pick the Connecticut coach and his team in Final Four however he has a long 13-year NBA career on his resume and has coached fewer than 70 games in his head-coaching career. He is the lone remaining black head coach in the tournament. It is important, unique and more troubling.

Black coaches at the big name basketball schools are rarer right now than they have been in many years. Among the 28 basketball programs that have been to the Final Four in the last 15 years and hail from at-large power conferences, only two currently are led by black coaches: John Thompson III at Georgetown, and Ollie at UConn.

Ollie needs diverse company at the mountaintop with him. Four reached the Final Four without winning it all: Mike Davis at Indiana in 2002, Paul Hewitt at Georgia Tech in ’04, John Thompson III at Georgetown in ’07, Shaka Smart at Virginia Commonwealth in ’11. No black coach has had a team earn an NCAA tournament No. 1 seed since Lorenzo Romar did at Washington in 2005. Ollie is the underdog in the game between the Florida Gators literally and figuratively.

The Gators put a stop to George Mason in the national semifinal in 2006, took down Florida Gulf Coast, aka Dunk City, in last season’s Sweet 16, and eliminated 11th-seeded Dayton to advance to the Final Four this season. Connecticut is no Cinderella, but honestly the dancing ends here for the Huskies. Florida is on a 30-game winning streak, the longest in school history by 13 games. Their last loss was to the Huskies on a buzzer beater. The Gators in this tourney have been chomping away winning in convincing fashion. The Gators’ defense, which is No. 1 in the country in efficiency, has held each tournament opponent to less than one point per possession.

I predict this will be the best of the two games Saturday evening. UK took down an unbeaten, the defending champs and the winner of the deepest league to make it to Jerry’s playhouse. Top-seeded Wichita State, fourth-seeded Louisville and second-seeded Michigan also were each among the four teams to reach Atlanta last April, making Kentucky the first team in history to eliminate three of the previous year’s Final Four.

With a recruiting class featuring a record six McDonald’s All-Americans, Kentucky fell out of the Top 25 late in the season and limped into the NCAA tournament as a No. 8 seed. The young players matured when it matured. Coach John Calipari is a brilliant coach in utilizing talent at the highest level cohesively. Coach Calipari’s team might be the best rebounding club left in the tournament. In its last three wins, Kentucky has outrebounded its opponents by an average of 9.3 boards per game. Julius Randle alone has boasted four straight double-doubles in tournament play. The Wildcats have grabbed at least 10 offensive boards in each of their last three victories.

On the opposite end of the court, Wisconsin the number two seed flew under the radar in this tournament. I don’t know how. Wisconsin is the only team in the country to beat the regular season champions from the Big Ten, SEC, ACC and Pac-12 this year. Before beating the Arizona Wildcats in the Elite Eight, the Badgers knocked off Florida, Virginia and Michigan during the regular season. They’ve been tested all year and have consistently passed.

Frank Kaminsky is the answer to the Badgers win in this game. Kaminsky scored 28 points in the win against Arizona and is averaging 19 points in the tournament. The seven footer can knock down three pointers forcing the Wildcats to guard him from outside the paint. The fact that seven-footer Willie Cauley-Stein is doubtful for the game on the Wildcats end forcing Marcus Lee to pick of the slack, is an advantage for the Badgers.

This game will come down to the Badgers in the half-court and Gators in the open-court games. In the paint both teams are balanced. The Gators should have no trouble scoring against Wisconsin’s defense. Bo Ryan will etch his name as one of the great college coaches if he can come out with the upset win. This won’t be the same version of the Florida team Wisconsin beat in Madison back in November. That one was without Scottie Wilbekin and Dorian Finney-Smith, who were suspended. This one is at full strength and has won 30 games in a row, 31 if they get by Connecticut.

0 0 0 0
Previous : Heat back on track after win over Rockets
Next : Heat win over Bucks in convincing fashion