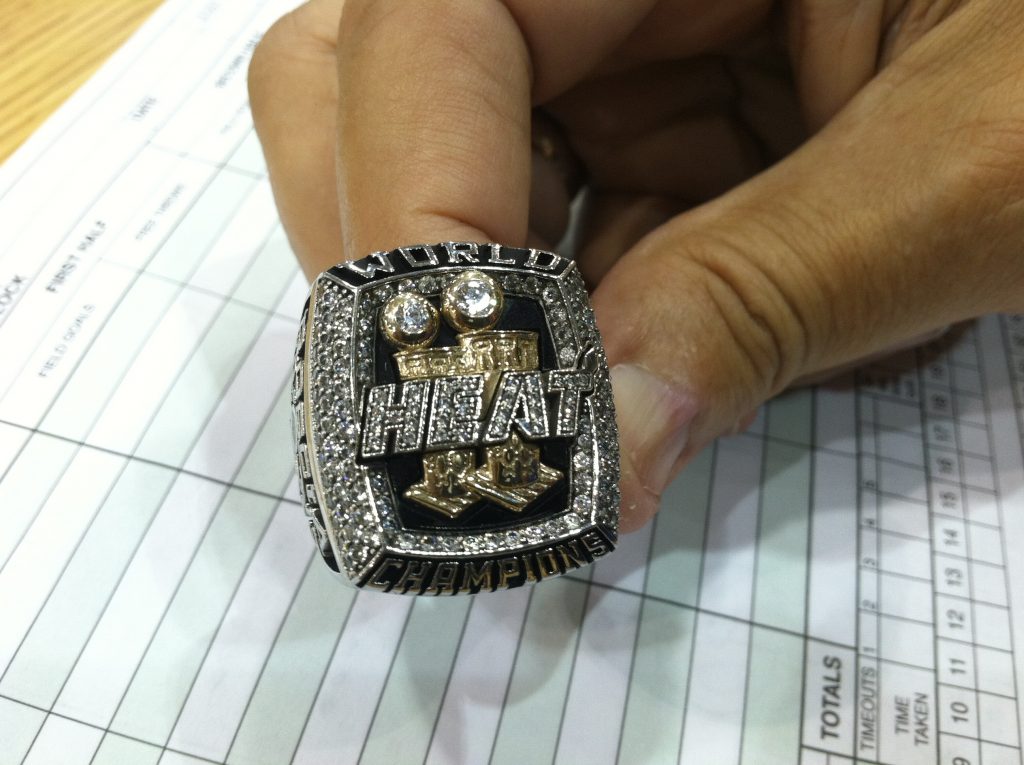 Sunday, the day the Lord has made. The Miami Heat led by Jesus, Jesus Shuttlesworth on Sunday afternoon, saved the Heat from losing their third straight game of the season with a 113-104 win over the Houston Rockets. Ray Allen nicknamed Jesus Shuttlesworth outscored each member of the Heat’s Big Three. “Tonight we came out and finished the game,” Allen said, “as opposed to letting it slip away from us.” The 38-year-old went 7-for-11 from the field, 4-for-6 from behind the arc and 7-for-7 from the line for 25 points. He scored 14 points in the fourth quarter to seal the deal.

The Heat is back up in the kitchen. Miami came into the game losers of five of their last six games, the first time the team had been on a slide like that in three years. LeBron James mentioned at the start of the game “we are just not playing well.” Miami trailed 97-92 following a three-pointer by James Harden midway through the fourth, then finished the game on a 21-7 run.

Harden finished with 30 points and tag team partner Dwight Howard got 21 points and 14 rebounds. After scoring 16 points in the paint on 8-of-10 shooting through three quarters, Howard only attempted one field goal in the fourth quarter. “We just didn’t play well down the stretch,” Rockets coach and Celtic great Kevin McHale said. The Rockets played the final game of a three game road trip going winless.

The secret to the Heat’s win, Greg Oden. Okay, maybe not. The No. 1 overall pick in the 2007 draft started at center. It was the second start of the season for Oden, who was part of the starting line versus Chicago last month. Oden finished with six rebounds and did not score from the field.

The Rockets travel back home to play host to the Utah Jazz Monday while the Heat travel on the road Tuesday to Cleveland, then Boston in game two of a back-to-back.