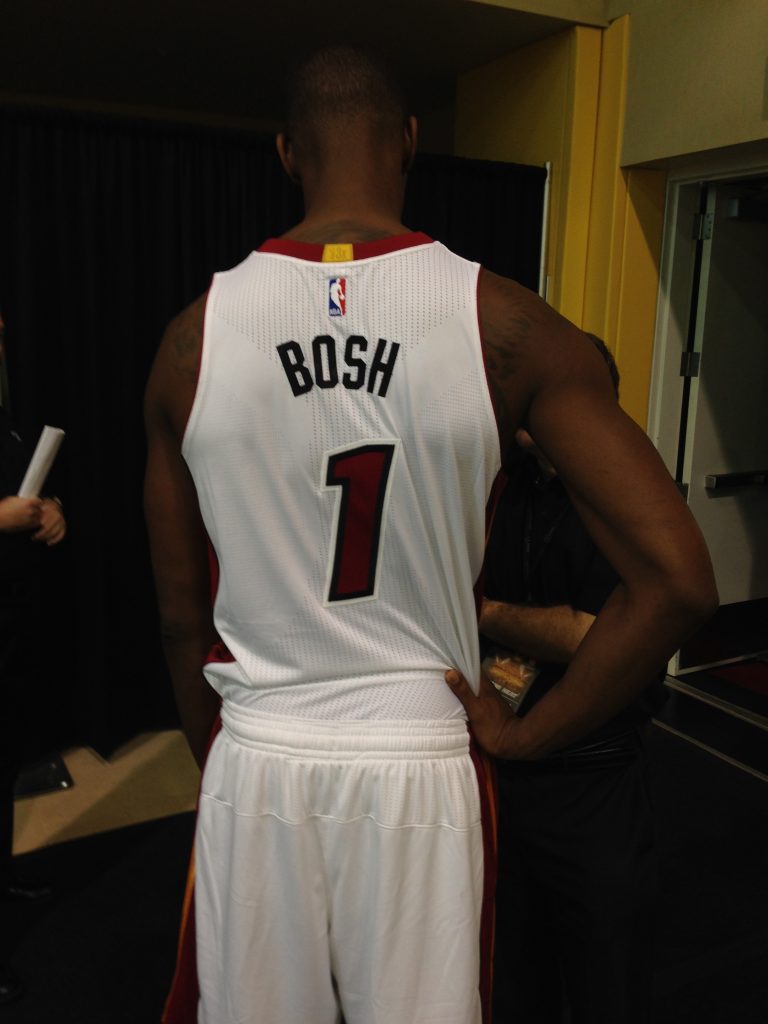 The Miami Heat did not have this matchup circled on their calendar however the local Heat and Golden State Warriors fans did. The Warriors were in town and they are worth the price of admission.

Stephen Curry connected on a 3-pointer with 38 seconds left over Hassan Whiteside’s long figure, and the Warriors beat the Miami Heat 118-112 in a game that featured 13 lead changes in the fourth quarter. Curry finished with 42 points, and Klay Thompson scored 15 consecutive points for Golden State in the fourth finishing with 33 points.

The cliché is there are no moral victories however this Miami Heat team can walk off the court with their heads up high. With any adversity they live in the present. First the loss of All-Star forward Chris Bosh and now backup point guard Beno Udrih to season-ending foot surgery. They have won two games after the All-Star break with practically a nine-man roster. Early in this game they held Golden State to 35 percent shooting in the first quarter, leading by as many as 12.

Dwyane Wade had a season-high 32 points and seven assists for the Heat, who went up 108-107 when Wade made a pair of free throws with 56.5 seconds left. “We had our opportunities,” Heat coach Erik Spoelstra said. “Our guys played their butts off. … This is for competitors only. This is competition at its finest.” Hassan Whiteside had 21 points and 13 rebounds off the bench for Miami.

Heat president Pat Riley has emphasized how proud he is of the play of his All-Star Dwyane Wade playing through the wear and tear of his body this season. This game not only showed signs of flash, but the fact he proved he can withstand the pain after missing two games following the All-Star break with a sore left knee. “We did enough to win the ballgame. We just didn’t come out with it. If we can play the way we did tonight the rest of the season, we will win most of those games,” Wade said. The lead changed hands five times in a two-minute span early in the fourth, with neither team able to grab control.

Coincidently the Warriors are chasing history as they are on pace to finish with a better record than the 1995-96 Chicago Bulls team. The day before the game marked 20 years since the Heat beat Chicago during that 72-10 season by the Bulls. On Feb. 23, 1996, Rex Chapman was 9-for-10 from 3-point range on his way to a 39-point effort, and Miami — with only eight players available because of a trade — survived a 31-point night from Michael Jordan to beat the Bulls 113-104 at Miami Arena. Current Warriors coach Steve Kerr was 7-for-9 for Chicago that night, scoring 19 points.

Miami will not be one of the teams to defeat the Warriors this season however their morale is heating up. Pro Football Hall of Fame quarterback Jim Kelly, who played at the University of Miami, was in attendance. In 2013, he announced he was diagnosed with cancer, but currently he is cancer free. Kelly had a setback however he made a comeback. The three-time champion Heat are not the caliber of the Warriors this season. They are a team that rallies around each other even if morale is low. That is the continual comeback with any setbacks. Bravo to that.