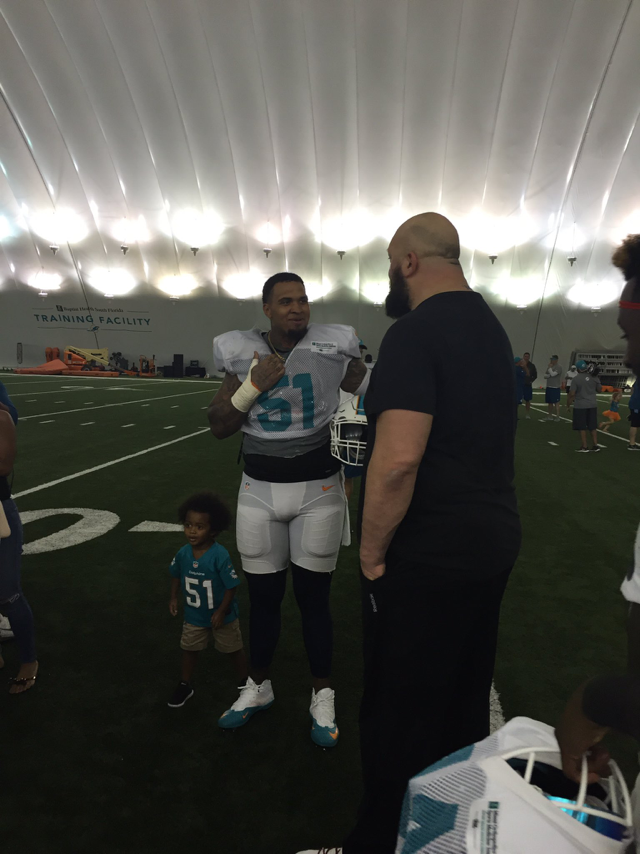 The Miami Dolphins played their first preseason game and it was on the road against the New York Giants. The start of the game was delayed 51 minutes by weather. The Dolphins won, I will not share the score instead share some things that stood out for me.

Eli Manning took the night off. His brother Peyton officially put the football cleats away, so why not rest up before all the attention is solely on him. Ryan Nassib was the signal caller for the Giants. His three second-quarter turnovers led to 17 points for the Miami Dolphins.

Dolphins: Dolphins first-round pick Laremy Tunsil didn’t start, but played most of the game at left guard and held his own. Leonte Carroo, the former Rutgers star who was Miami’s third-round pick, had three catches for 18 yards. Sixth-round pick Jakeem Grant had four catches for 68 yards.

I won’t dive into who is making the team or not; the NFL is very heartbreaking at times. When you need to get to a 53-man roster, it will be evident that not everyone made the team. Overall, the defense looked great for the Dolphins, but that is expected for the first preseason game. Next for Miami, the Dallas Cowboys on the road.

0 0 0 0
Previous : U.S.A. Basketball is on a cruise ship but not getting sea sick
Next : Simone Manuel’s Olympic gold in swimming is only getting sweeter