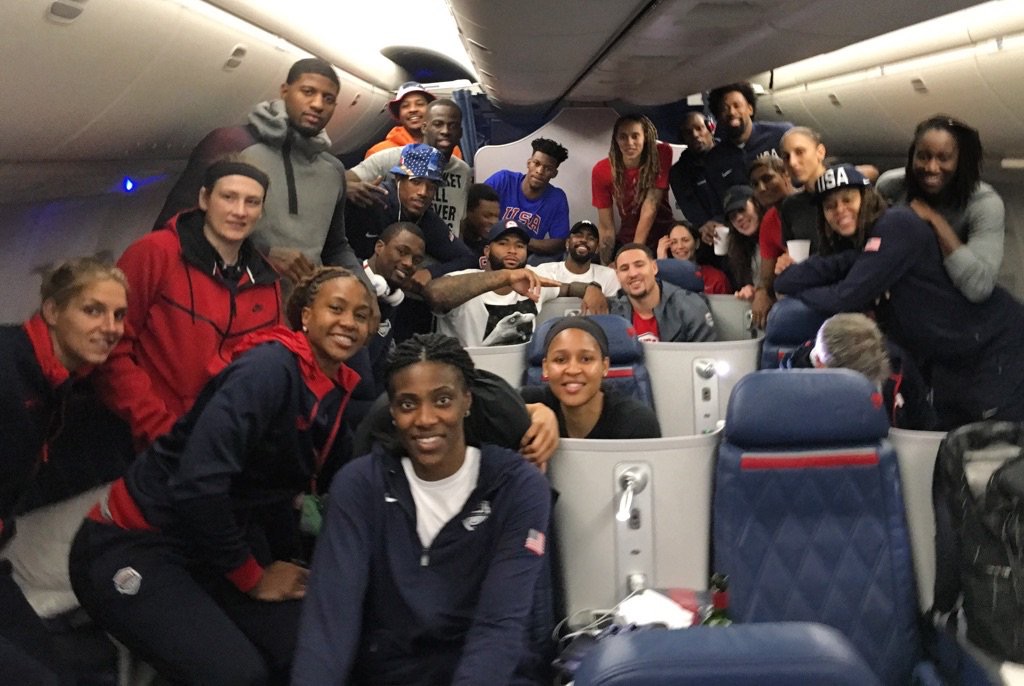 Oh Suuuggaar! Get your towels ready. Everybody in the place hit the deck. The U.S.A men’s and women’s basketball teams are residing on a boat for the summer Olympics. They will not need a bigger boat. Instead take a picture. Carmelo Anthony, Kevin Durant, Diana Taurasi, Elena Delle Donne and the rest of their teammates are staying on the Silver Cloud, a luxury cruise ship, docked at The Plaza Mauá pier on the other side of the city.

The teams have sailed the seas before. U.S.A. Basketball, the organization that oversees the national
men’s and women’s teams, has shunned the athletes’ village since 1992. The team stayed on a ship at the 2004 Games in Athens, then used hotels in Beijing in 2008 and London in 2012. Both men and women have been focused on the water away from the athletes’ village.

The women opened up their chase for their sixth straight Olympic gold medal in record fashion. The U.S. team finished with seven scorers in double figures and broke its own single-game Olympic scoring record by seven points with a 121-56 win over Senegal. The Americans’ 65-point margin of victory was also an Olympic record. They improved to 2-0 at the Rio Olympics with a 103-63 win over Spain.

The men began with not much of a splash against China. The weather forecast included choppy waves for China’s boat. The final score was 119-62. They moved to 2-0 in Group A play with a 113-69 rout of Venezuela. Next is a game against Australia in a showdown of Group A’s two 2-0 unbeatens.

Fans are kept at a distance behind a guarded fence with metal detectors, but they have been sticking their cellphones through the fencing to take photographs of the Silver Cloud, part of the Silversea Cruises fleet, which can accommodate 296 people.

Reporters are invited to tour the athletes’ village that includes Serena Williams, Michael Phelps and the United States women’s gymnastics team but not the ship. There are 46 NBA players and 26 WNBA players at these Games representing many countries. Several who do not play for the United States seemed to be enjoying life at the village last week.

Jimmy Butler, a member of the men’s team, said there is a pool, a gym, social rooms and conference rooms. Players can order room service anytime.

That’s cool. However who gets to say, “look at me… I’m the captain of the boat now”.

Information from The New York Times was used in this report.