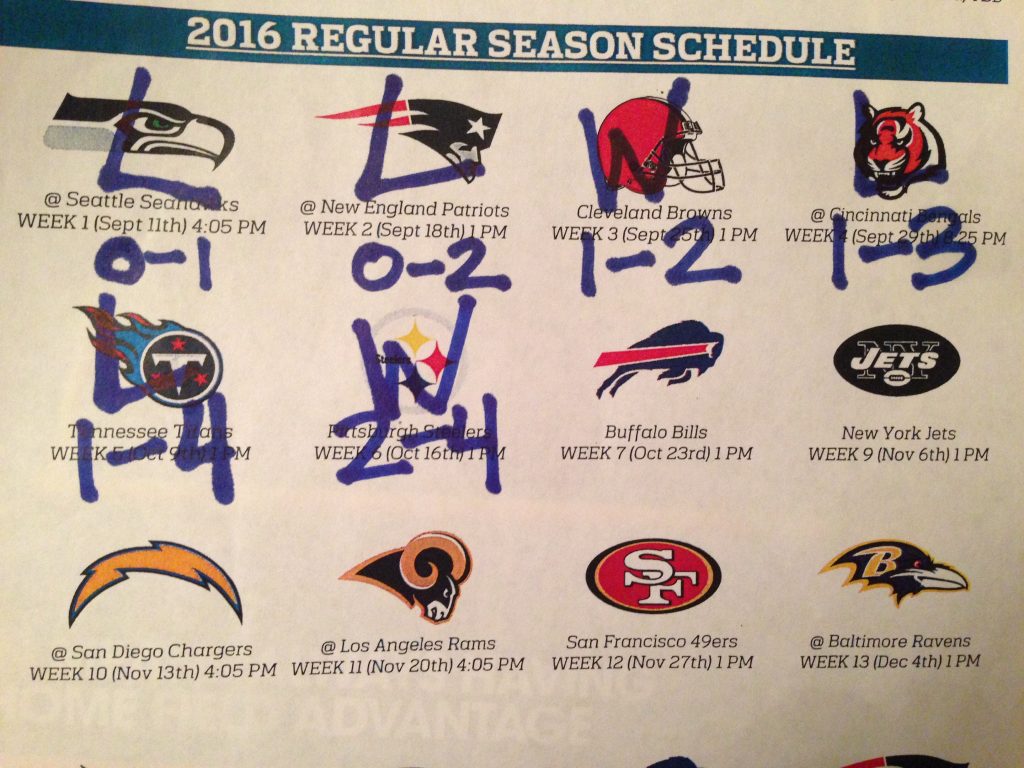 In last week’s loss to the Tennessee Titans, there were boos in addition to chants for Miami Dolphins quarterback Ryan Tannehill being benched for backup Matt Moore.

Leading up to the game against the Pittsburgh Steelers, head coach Adam Gase cut four players.

On game day the starting offensive line was projected to play together for the first time.

During Sunday’s game, the running game showed up for the first time this season making the world much better for Dolphin fans.

Jay Ajayi rushed for 204 yards and two scores on 25 carries for the Dolphins who defeated a highly favored Steelers team 30-15.

All season I emphasized how Miami does not have a running game to back up their franchise quarterback in Tannehill. The Dolphins were one-touchdown underdogs at home. Gase cutting players moreover a strong contingency of Steeler fans in attendance is what the Dolphins needed to win the game.

“When you are protected and able to run the ball it makes a big difference,” Gase stated.

The Dolphins started the game with their top five offensive linemen on the field together for the first time this year. It made a huge difference. The Steelers were unsuccessful in sacking Tannehill after he was taken down six times a week earlier against Tennessee. Against Pittsburgh, Tannehill was pressured on just 2-of-32 dropbacks (6 percent). Second-year pro Ajayi took advantage by surpassing 100 yards rushing for the first time.

“I pride myself to be the best. I am just glad I was able to get that opportunity today,” Ajayi stated.

Ajayi was left behind in the season opener in Seattle moreover in the doghouse with Gase after complaining about losing his starting job to Arian Foster. His 62-yard touchdown was the icing on the cake to close out the Miami win. Tannehill, booed by fans a week ago, went 24 for 32 for 252 yards. Cheers were all he heard this Sunday.

“No need to sugarcoat,” Pittsburgh coach Mike Tomlin said. “We got beat soundly.”

Ben Roethlisberger missed one series because of a left knee injury and was held to 19 for 34 for 189 yards with two interceptions. An MRI after the game revealed a torn meniscus. He will have surgery and his timetable to return is unclear.

Next up, the Buffalo Bills who are solely in second place in the AFC East.

0 0 0 0
Previous : Miami Hurricanes fall out of rankings after 2nd straight loss
Next : Candace Parker a champion off the court before she became one on the court