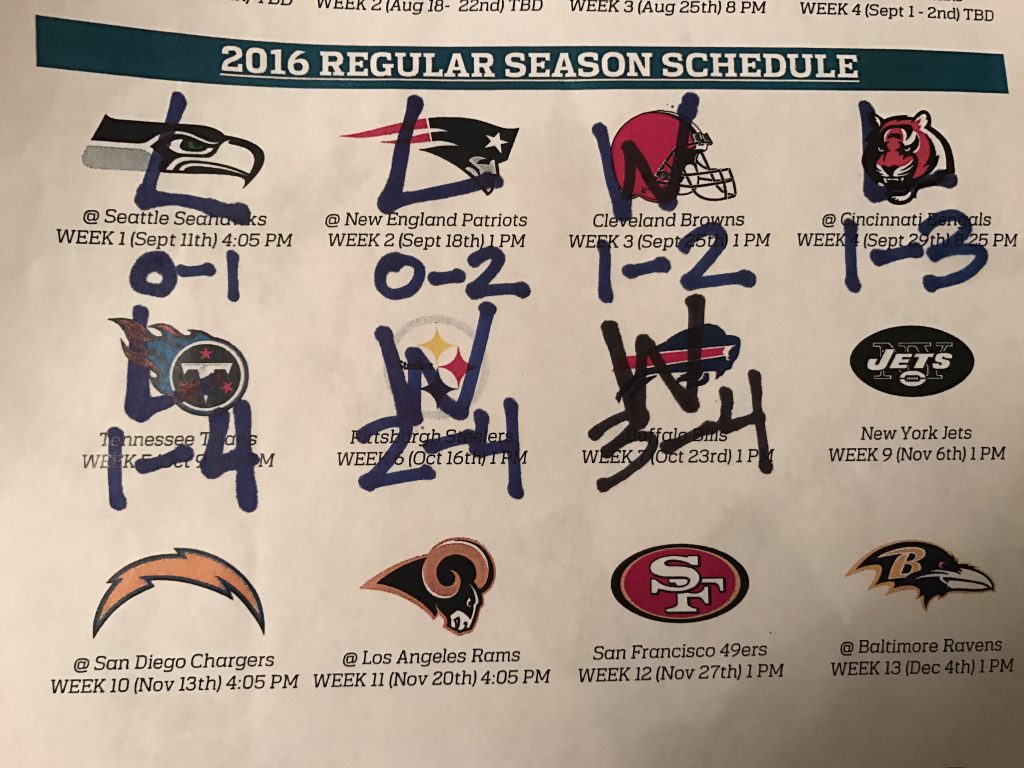 Mag Joseph, a reader of this weekly column, stated to me with the Dolphins on the verge of winning their second game in a row, “I think they heard your cry.”

Yes they did. The Dolphins are running the ball and well!

Jay Ajayi rushed for 214 yards and a defensive formula for the Miami Dolphins helped defeat the Buffalo Bills 28-25. Ajayi tied an NFL record by surpassing 200 yards rushing for the second game in a row.

“My whole mindset this week was double up. Last week, I feel I left a little bit on the field. I wanted to double up on that performance,” Ajayi stated.

I questioned the Dolphins front office on letting Lamar Miller go to the Houston Texans. I am humbled. Ajayi’s 214 yards on 29 carries came a week after totaling 204 yards in a win over Pittsburgh. He scored on a 4-yard run, and busted a 53-yarder when the Dolphins were bound at their 3-yard line and trailing in the fourth quarter.

“Every time 23 kept getting the ball he wound, pound it and run it. Mike Pouncey even got in my head stating to keep running it,” head coach Adam Gase stated.

The Dolphins outgained Buffalo 454 to 267 in total yards and had a 14-minute edge in time of possession, but were hurt by 13 penalties for 116 yards. Two defensive stops by the Bills, who lead the NFL in red zone defense, forced field goals after long Miami drives.

Ajayi, a second-year pro from Boise State who would drink jars of pickle juice on the sideline in college, is the only NFL rusher with a 200-yard game this year. He ran for 187 yards as a rookie and totaled 117 in Miami’s first five games this year before his flight. Moreover he began the season on the inactive list.

Not only did the Dolphins win, it was a comeback to say the least. Miami overcame an 11-point deficit with 16 minutes left to end a four-game winning streak by the Bills and beat them for only the second time in their past seven meetings.

“This is to prove everyone wrong go out there and keep moving forward, this football team can be special if we keep doing what we are doing,” Pouncey stated.

The Dolphins sure can prove everyone wrong going into a bye week before hosting the New York Jets who sit at the bottom of the AFC East. Miami has a strong chance of getting to .500. From there it is only sink or swim for the remainder of the season. The bye week is coming at a good time.

0 0 0 0
Previous : FIU Panthers have winning streak snapped by Louisiana Tech
Next : Watch the 2016 World Series, even if you are not a baseball fan