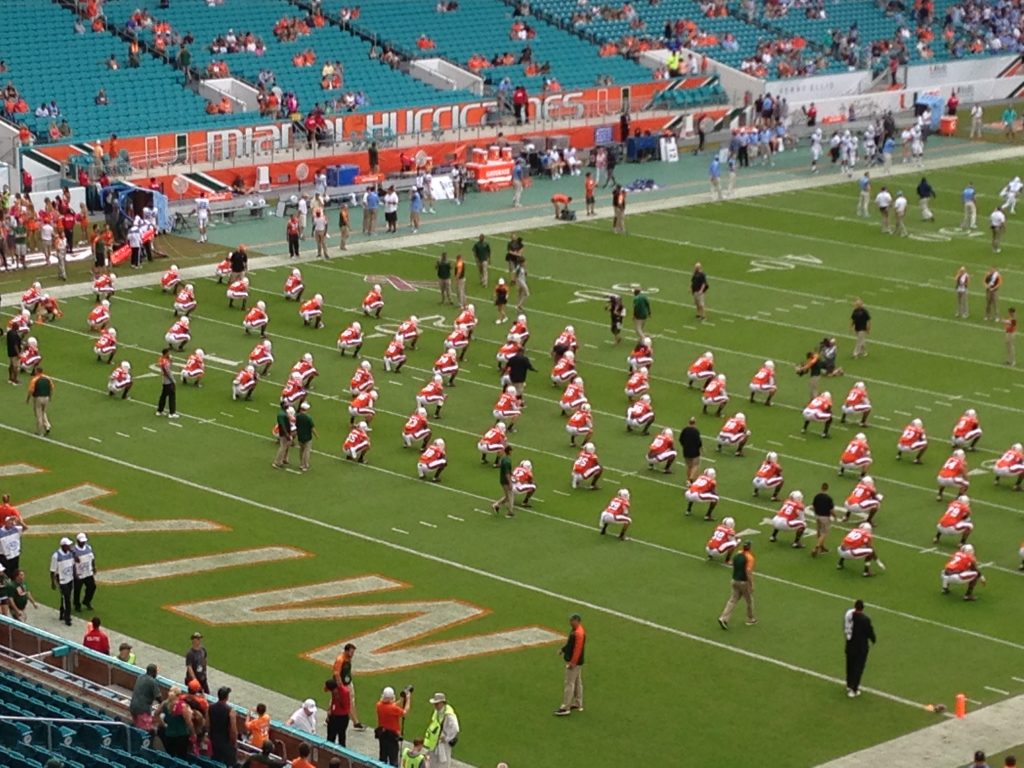 Brad Kaaya passed for 356 yards and four touchdowns, ran for another score and the Miami Hurricanes snapped a four-game losing streak by beating the Pittsburgh Panthers 51-28.

Pitt’s previous two ACC losses this season were by a combined four points. The 23-point margin was Pitt’s biggest loss since a 56-28 defeat against Georgia Tech on Oct. 25, 2014.

Kaaya started the game 13-for-13 leaving him one shy of tying Miami’s school record for consecutive completions, set in 1986 by Vinny Testaverde against Oklahoma.

“This is like the home stretch,” Kaaya said. “This should provide us with some good momentum going forward, to stop the bleeding.”

Kaaya’s four TD passes tied a career-best, and marked the first time he had that many against an ACC opponent.

The Panthers had a surprising amount of trouble getting to Kaaya. Pittsburgh — which came in averaging 3.5 sacks per game — sacked him only once, thwarted by a Miami offensive line that yielded 18 during the four-game losing streak. … When teams throw for more than 332 yards against Pitt this season, they’re 4-0.

On his fifth try, Hurricanes head coach Mark Richt got his 150th career win. He’s the 10th active FBS coach with that many.

“So many really good things happened, I don’t really know where to start,” Richt said. “The bottom line is we got a great victory in front of our home crowd, and I’m very thankful.”

Stacy Coley and David Njoku each caught two touchdown passes and Ahmmon Richards finished with 144 yards receiving for Miami. Mark Walton ran for 125 yards, the last 55 of those coming on a touchdown with 2:12 left for the Hurricanes — who avoided becoming the first Miami team to lose five straight in the same season since 1977.

Miami visits Virginia on Nov. 12, looking for a win that would secure bowl-eligibility.