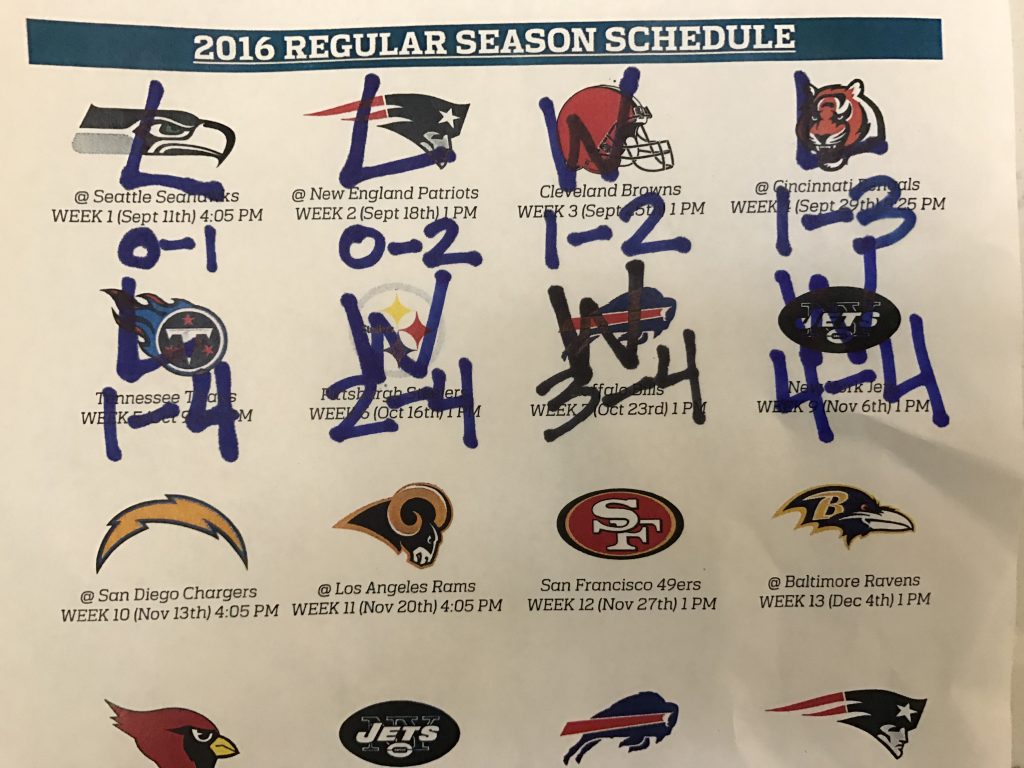 The Miami Dolphins have won three in a row.

The Dolphins are sitting in second place in the AFC East.

Oh and presently they have the sixth-ranked rushing offense in the NFL behind arguably the most-talked about running back in the NFL, Jay Ajayi.

Kenyan Drake iced the game when he scored untouched on a 96-yard kickoff return with 5:15 left, the final swing in a seesaw game that helped the Dolphins beat the New York Jets, 27-23.

Jay Ajayi came up short in his bid to become the first NFL rusher to have three consecutive 200-yard games, but he managed 111 yards and helped run out the clock after the Dolphins came from behind for the third time.

The Dolphins won their third game in a row, while New York fell deeper into last place in the AFC East. The Jets hurt themselves with four personal foul penalties, two interceptions thrown by Ryan Fitzpatrick and numerous squandered chances.

If the playoffs began today, the Dolphins would be on the outside with the Denver Broncos in the wild card spot.

Miami travels for back-to-back games on the West Coast with the San Diego Chargers and Los Angeles Rams, then face a West Coast team who visits Miami, the San Francisco 49ers.

The beat will go on no matter what. It is all there for Miami’s taking.

0 0 0 0
Previous : Hurricanes end losing streak
Next : Chicago Cubs will be flying this W for a lifetime