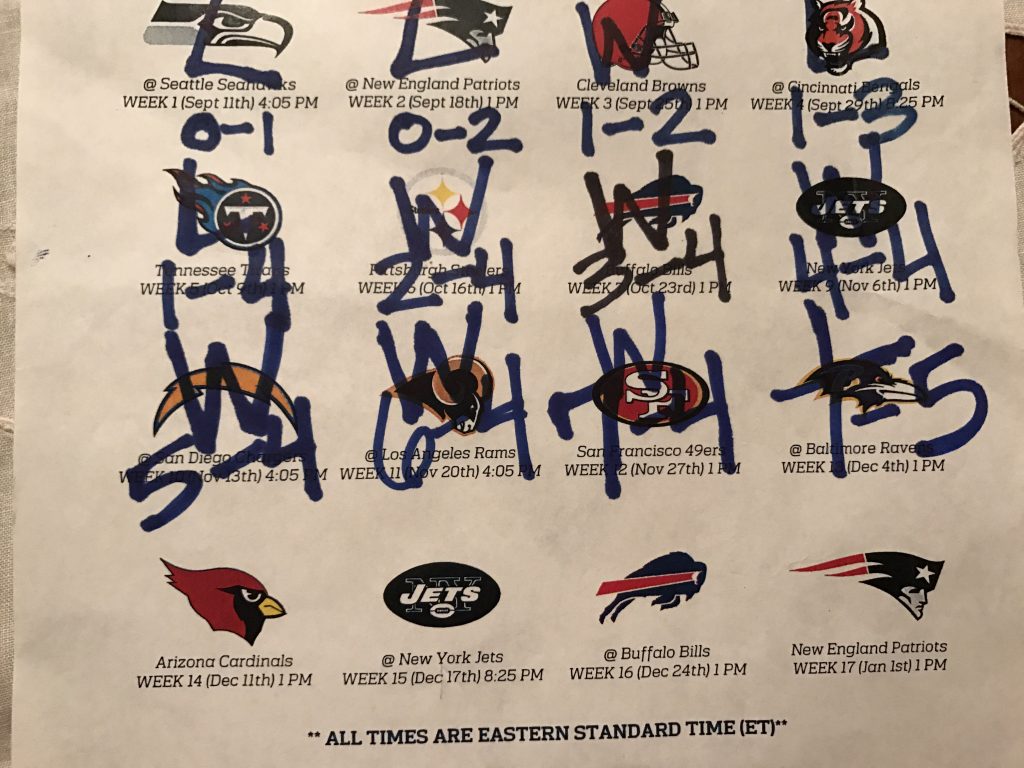 The six-game win streak for the Miami Dolphins football team is over.

From there the feeling was it would not be the Dolphins’ day.

Ravens quarterback Joe Flacco filled up the stat sheet as Baltimore cooled off the Dolphins in a 38-6 rout. Flacco finished with a franchise-record 36 completions in 47 attempts, 386 yards and four touchdowns. He entered with 11 TD passes and 10 interceptions.

“This was not one of our best performances,” coach Adam Gase said. “You can’t waste opportunities early in the game, especially on offense. We had nothing that really jump-started us. We just couldn’t make any plays.”

Nothing jump-started is the right use of words. The running game is what really lit the fire when the streak began. Miami was limited to 62 yards rushing, its lowest output since gaining 51 in the team’s last loss to Tennessee on Oct. 9th. Jay Ajayi was held to 61 yards on 12 carries.

I won’t cry instead shed a tear. The Dolphins combined for 115 yards in the first half. Their only touchdown was for just eight yards in the fourth quarter, following a fumble recovery. That made it 24-6, and Flacco answered with a 53-yard touchdown pass to Breshad Perriman early in the fourth. But it was over. The 1985 season was the last time Miami won seven in a row when Dan Marino was quarterbacking and Don Shula was the coach.

If the Dolphins cannot run it, then pass it. Problem is they both work hand in hand. Ryan Tannehill went 29 of 40 for 226 yards and three interceptions. He was picked off only once during Miami’s six-game streak.

On the bright side, offensively for the Dolphins, Jarvis Landry became the all-time leader in receptions in the first three years of a career with 269 eclipsing A.J. Green’s 260.

The Ravens’ MVP is their kicker. Justin Tucker connected on a 55-yard field goal to end the first half. He’s 28 for 28 this season, with eight FGs of at least 50 yards. He’s also hit 35 in a row over two seasons.

The beat goes on as a Monday night game in New England looms for the Ravens. They are 1-7 against the Patriots in the regular season. Miami hosts Arizona next Sunday. The Dolphins have won three straight in the series after losing the first eight.