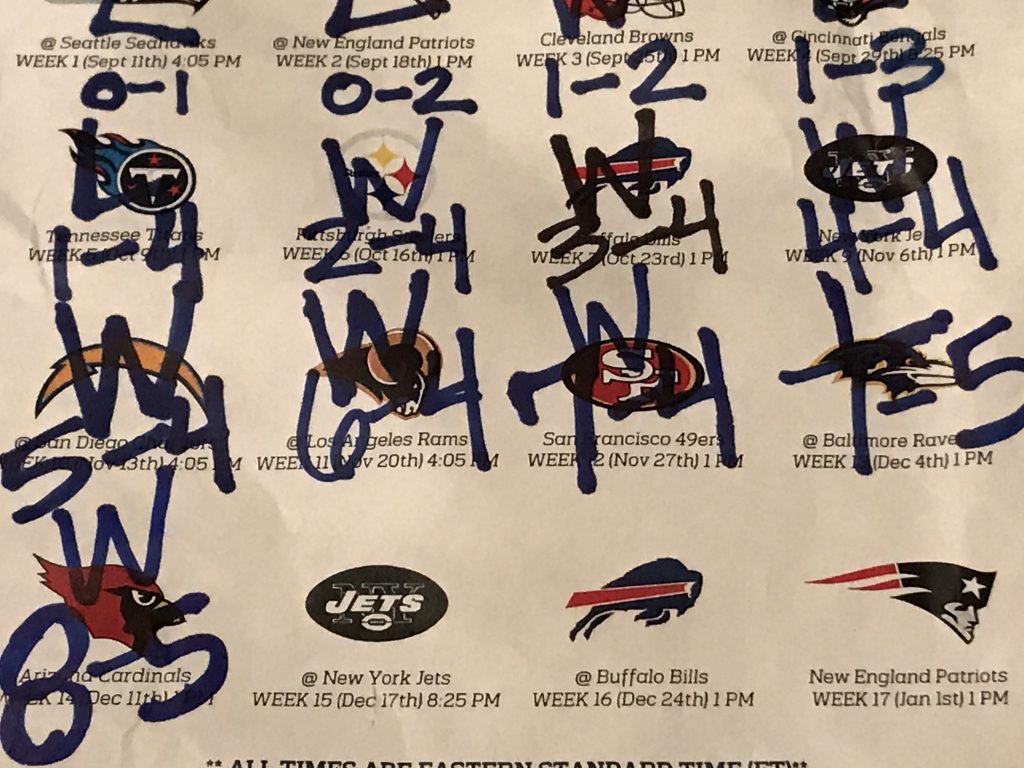 We may need two boxes of Kleenex for this one.

In life, I constantly hear over and over you cannot have your cake and eat it too.

With one second left, Andrew Franks kicked a 21-yard field goal to help the Miami Dolphins beat the Arizona Cardinals 26-23 to move to 8-5.

I personally led the Twitterverse holding my breath as Tannehill grabbed his left knee, then limped to the locker room late in the third quarter to be examined.

Miami had a 21-9 lead, no need to worry. Think again. Arizona, led by Carson Palmer, tied the game with two touchdown drives of 99 and 50 yards.

Tannehill left the locker room after the game on crutches.

The day after, the Dolphins received some surprisingly good injury news when Tannehill was diagnosed with ACL and MCL sprains in his left knee.

You can’t have your cake and eat it too.

Head coach Adam Gase shared surgery is not required and that the team doesn’t have an exact timetable for Tannehill’s recovery, but the quarterback is expected to miss at least the next couple of games.

“It’s better [news] than what we thought yesterday,” Gase said.

Campbell said he reached out to Tannehill the next day and apologized for the hit that injured him.

Gase has been called the quarterback whisperer. Tannehill was having his best season posting the first winning record of his career and throwing for 2,995 yards, 19 touchdowns and 12 interceptions. He also finished with a career-high 93.5 passer rating. Tannehill, 28, hasn’t missed a start in nearly five seasons.

Look at me… look at me… backup quarterback Matt Moore is the captain now and will take over the offense this week as the beat goes on. Dolphins trail the Denver Broncos for the final wild-card spot in the AFC via tiebreakers. Miami will play three consecutive division games to wrap up the regular season.