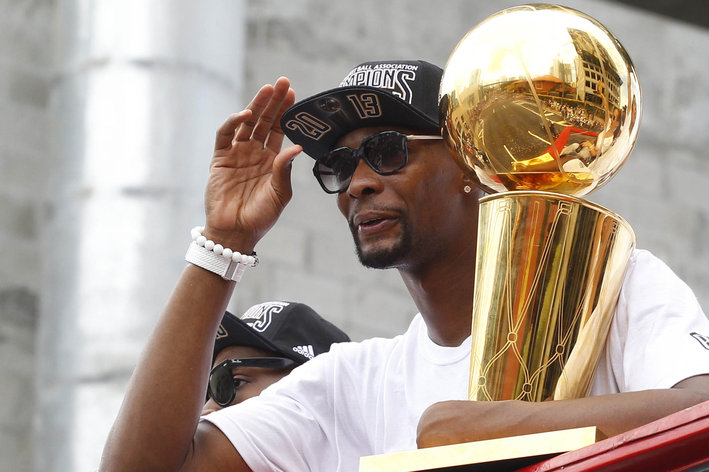 The longest active win streak in the NBA belongs to the Miami Heat, winners of 13 in a row.

James Johnson scored a season-high 26 points and the Heat won their 13th straight game with a 108-99 victory over the beaten up Brooklyn Nets, who dropped their 12th in a row.

Johnson had his first back-to-back 20-point game for the Heat.

“Sometimes you just have to dig really deep, and Brooklyn forced us to have to do that,” Miami coach Erik Spoelstra said. “It’s whatever it takes.”

It does not matter who is on this team. The Heat have been spreading their success all over the roster, with eight players averaging in double figures and 11 having started at least five games.

The Heat have beaten the Nets five straight times and in 10 of the last 11 meetings, including all three games this season. The Nets last defeated the Heat on Dec. 28, 2015, a 111-105 victory in Miami.

Let’s not use the “P word” yet. With the Heat’s victory and Pistons’ loss, Miami is now only one game out of a playoff spot. This after they were the worst team in the NBA a month ago.

The Nets have lost the first two of their current four-game homestand. Overall, they are winless in 14 straight games at Barclays Center. Brooklyn has won an NBA-low seven home games this season.

The beat goes on…Miami visits Philadelphia on Saturday. The teams have split their two meetings this season. Brooklyn hosts Memphis, the first meeting of the season between the teams. The Grizzlies have won four straight in the series. The Nets last defeated Memphis on March 5, 2014.

0 0 0 0
Previous : In the Heat of the moment, the beat goes on with 12 in a row
Next : University of Connecticut women’s basketball team won its 100th consecutive game, don’t take it for granted