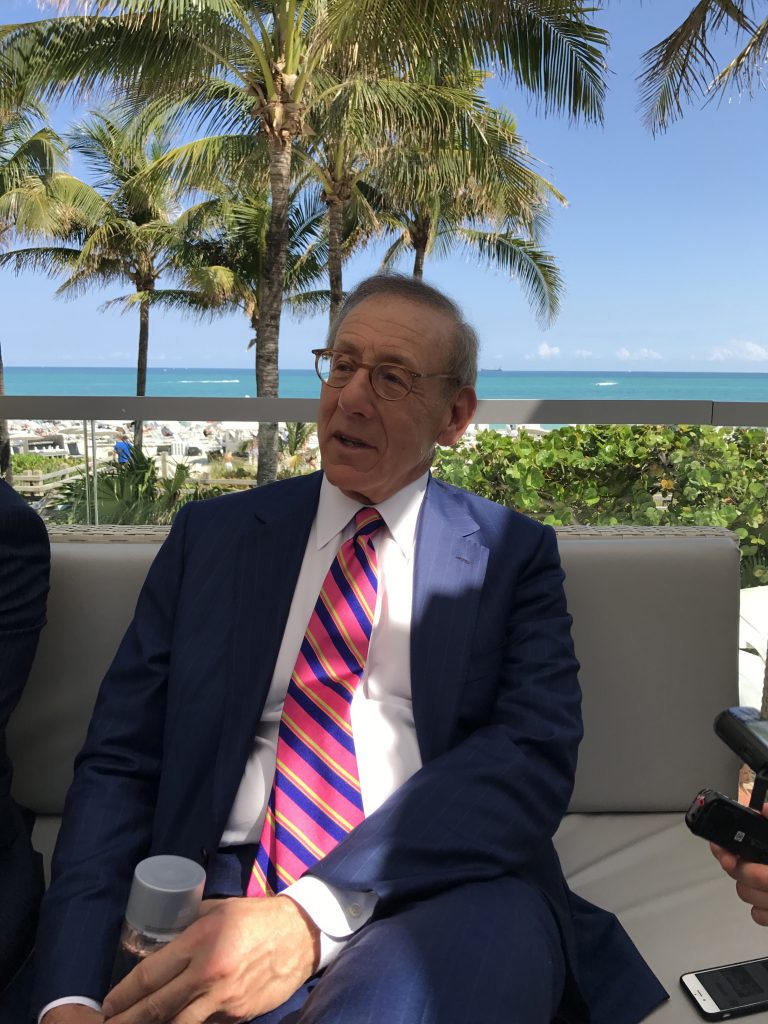 He is the only owner to vote against the Oakland Raiders move to Las Vegas. And is still well liked amongst owners.

He spent his own money in the amount of $500 million in renovating and new additions to Hard Rock Stadium.

He delivered the first El Clasico to be played in the United States.

He is Stephen Ross, the most interesting NFL team owner in the world. Let me backpedal for a moment, he may not be interesting but he can purchase the term.

According to Forbes magazine, Ross has a net worth of $12 billion. He is also the principal owner of the Miami Dolphins and Hard Rock Stadium. Ross is a major benefactor of his alma mater, the University of Michigan; with lifetime contributions of $313 million to the university, he is the largest donor in university history.

This is not considered a donation but Ross has delivered El Clasico to South Florida in a fashion that is so priceless, he may not even be able to afford the memories after it is all over. It began with a thought first. Ross and Matt Higgins launched the International Champions Cup in 2013 with the creation of Relevant Sports.

Now, El Clasico Miami will mark the first-ever match between FC Barcelona and Real Madrid C.F. to take place in North America and only the second time outside of Spain. Arguably one of sports biggest rivalries, both rosters feature some of the best players in the world. Real Madrid C.F. is led by FIFA Men’s Player of the Year and Ballon D’Or winner, Cristiano Ronaldo while perennial world-class Argentinean national, Lionel Messi, and famed Brazilian Neymar lead FC Barcelona.

“This is not just a game, this is a whole event, this is great for South Florida,” Ross stated. It will bring people from all over the world, we want this on a yearly basis, it will be the event of the summer.”

Both teams return to the International Champions Cup with the goal of adding not just a title, but unparalleled pride to their world-class resumes. Founded in 1899, FC Barcelona is one of the most iconic soccer clubs in the world. FC Barcelona won 24 league titles, 28 Copa Del Rey titles and five UEFA Champions League titles. In 2009, they cleaned house. FC won all six major trophies they were competing for, including La Liga, Copa Del Rey, UEFA Champions League, Spanish Super Cup, UEFA Super Cup and the FIFA Club World Cup.

Founded in 1902, Real Madrid C.F. is no cheap date. It holds the record for most European Cup/UEFA Champions League championships in any club’s history- a whopping total of 11 titles; the most recent came in 2015-2016. Moreover the Royal Whites have won a record 32 La Liga titles, while winning the domestic cup 19 times.

“This like winning a Super Bowl,” Ross stated. I hope it is so great that we can get them to come back yearly to play each other.”

A soccer match of this magnitude can’t just be played in your backyard when you host a bar-b-que. This main event will be at the newly renovated Hard Rock Stadium which Ross owns.

Dolphins CEO Tom Garfinkel has joined the team with no sleep. He has led the charge in building a 672,000 square-foot canopy on the existing stadium with a close deadline for El Clasico and the upcoming Dolphins season.

Fifty million has been dished out for the rehab of the club and suite levels. Hard Rock is hosting a number of substantial concerts leading up to the friendly between Real Madrid and Barcelona.

The cheapest ticket for El Clasico on the secondary market is $400, an indication of just how strong this Miami market can be with a product of this caliber moreover an exhibition. Fans will be glued to their television or mobile devices July 29th, 2017 with ESPN and ESPN Deportes broadcasting it.

In February 2008, Ross bought 50 percent of the Dolphins franchise, Dolphin Stadium and surrounding land from then-owner Wayne Huizenga for $550 million, with an agreement to later become the Dolphins managing general partner. On January 20, 2009, Ross closed on the purchase of an additional 45% of the team from Huizenga. The total value of the deal was $1.1 billion. This means Ross is now the owner of 95% of both the franchise and the stadium.

This is will be all about pride, honor and tradition. All of that surpasses the amount of money Ross has in his name.

0 0 0 0
Previous : In the Heat of the moment, Miami and Chris Bosh say goodbye in peaceful way
Next : LeBron James passed Michael Jordan but his legacy can not win vs Jordan