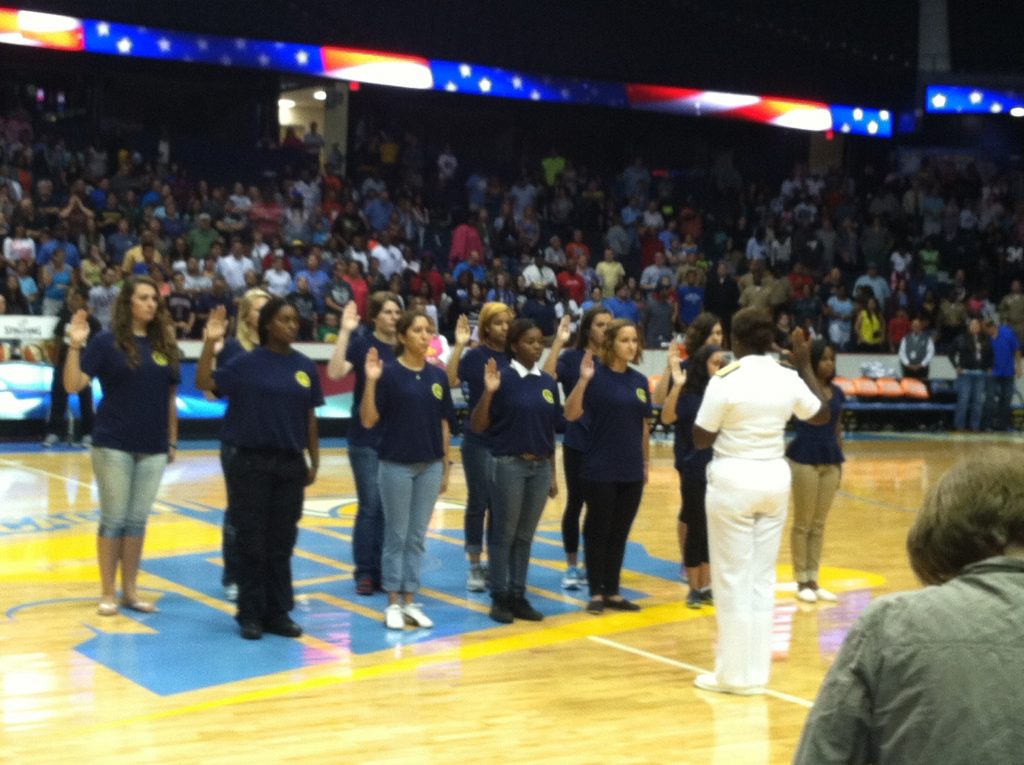 What a difference a week makes in the Eastern Conference standings. The Chicago Sky were on the outside looking in for a playoff spot a week ago. The Sky are now tied for third place in the East. The top four conference teams qualify for the playoffs. Allie Quigley scored 17 points and the Sky prevented the Atlanta Dream from clinching the top seed in the Eastern Conference with an 80-69 victory on Sunday night.

The Sky are coming off their best season in franchise history above all making the playoffs for the first time in team history. Expectations were high coming in this season, but battling injuries and illness all season has been the unexpected issue. The Sky remain in the playoff hunt with three regular-season games left.

With Washington’s loss to Connecticut on Sunday, the Dream could have secured first place in the East with a victory. They were without top scorer Angel McCoughtry, who was averaging 19 points and 5.4 rebounds, because of tendinitis in her feet. Dream coach Michael Cooper said McCoughtry might miss the next game, but he expects her to be ready for the playoffs.

Elena Delle Donne scored 15, Jamierra Faulkner added 14 and Sylvia Fowles and Epiphanny Prince each had 13 for the Sky. Fowles also grabbed 15 rebounds. Quigley nailed two three-pointers in the final 1:01 to give the Sky a 55-53 lead after three quarters. “I’m just trying to take advantage of the moment, not get too high when it is going good and not too low when it’s going not-so good,” Quigley said.

Sancho Lyttle had 16 points and Shoni Schimmel 15 for the Dream, who have clinched a playoff berth despite losing five straight and nine of 11. Atlanta has lost five straight for the first time since a 10-game losing streak in 2008.