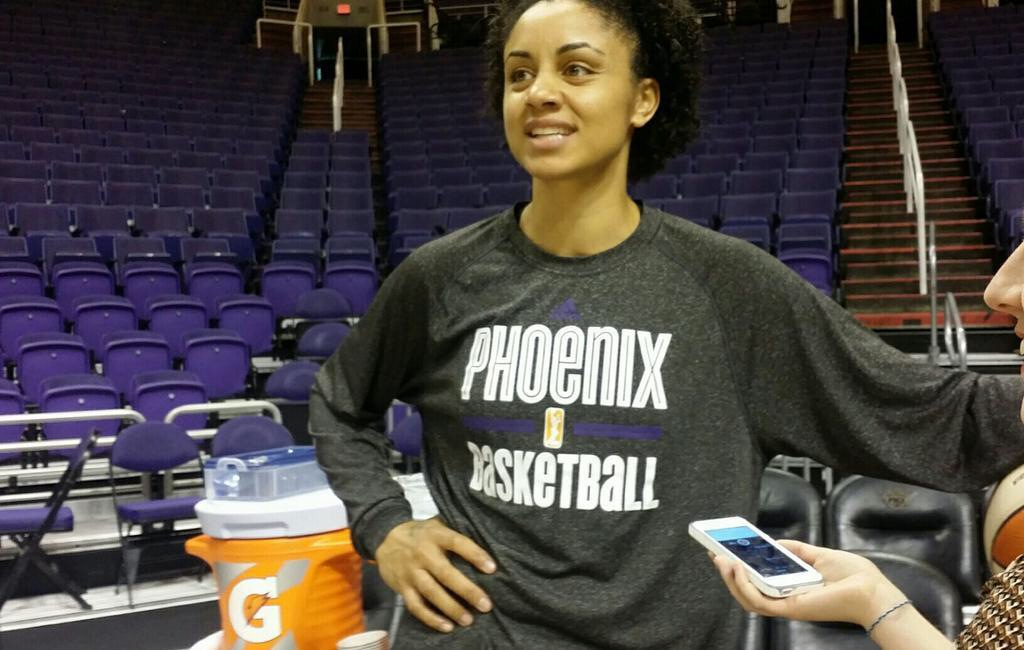 It is only Game 1 of the WNBA Finals, not the NFL Super Bowl. The Chicago Sky need to find a way to score with the presence of Brittney Griner in the paint or the series will be over like a one-game Super Bowl. Griner set a playoff record with eight blocked shots, five in the first quarter, and the Phoenix Mercury cruised past the Sky 83-62 in Game 1 of the WNBA Finals. The previous record for blocks in a game was seven by Lisa Leslie on three occasions, twice in 2001, once in 2002.

The Mercury won the title in 2007 and 2009, Chicago is in the finals for the first time. However experience is not why the Mercury dominated the game. Griner who is in her second season and named the WNBA Defensive Player of the Year is making her first finals appearance. She laid the foundation for the team on the defensive end while offensively they barely missed a beat. Phoenix shot a finals record 58.5 percent from the field, Chicago 31.9 percent.

Griner also had 12 points and seven rebounds. Candice Dupree made her first 10 shots and scored 26 for the Mercury in their 19th consecutive home victory. Diana Taurasi added 19 points and 11 assists. “BG is a great help-side defender,” Dupree said. “If you get beat off the dribble, you kind of know that she’s back there.” Phoenix’s only home loss was May 23rd against San Antonio, the Mercury’s third game of the season.

The Sky is not falling literally, but Chicago has some concerns. Elena Delle Donne who was the second-overall pick in the 2013 draft behind No. 1 overall pick Griner, only played 11 minutes because of a bad back. She finished with two points and didn’t play in the second half with the game already out of reach.

Delle Donne did play in the first half. Chicago scored its first two points with 4:50 to play in the first quarter after committing five turnovers in their first six possessions. The team out of the East needed a larger bandage. They missed 15 of their last 17 shots before Epiphanny Prince hit a shot with 5:30 to play in the second. “I don’t think we ever quite recovered from that first quarter,” Pokey Chatman said. “We just got on our heels and never quite recovered from it.” Phoenix was up by 22 at the half and by as many as 30 in the third.

0 0 0 0
Previous : Chicago Sky will make first WNBA Finals appearance
Next : The Mercury keeps rising they are up 2-0 in WNBA Finals series over Sky