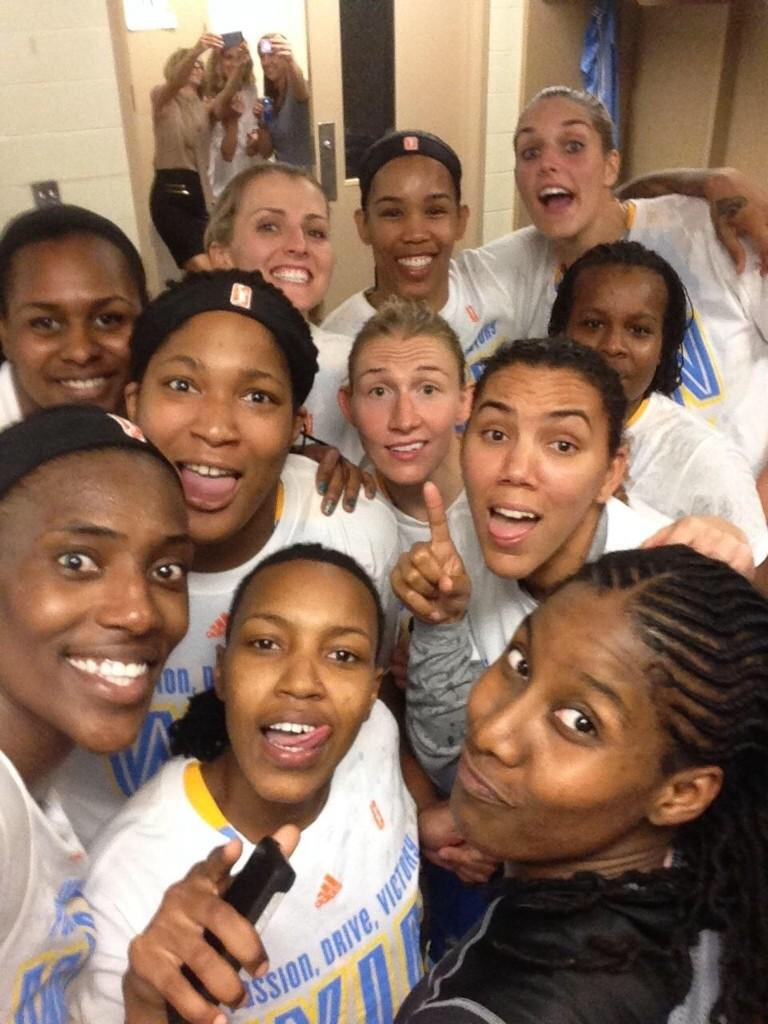 The Chicago Sky came off their best regular season in franchise history last season. This is arguably their best season overall as they won their first playoff series and earned a trip to the WNBA Finals. Elena Delle Donne was quiet in the second half. The Sixth Woman of the Year Allie Quigley came through when her Chicago Sky teammates needed her most. Quigley scored 24 points and hit several big shots to help lead the Sky to a 75-62 victory over the Indiana Fever on Wednesday night in Game 3 of the Eastern Conference finals.

The Sky have dealt with injuries all year, Quigley has been consistent having the best season of her career. The DePaul University alum had 10 of her points in a key second quarter stretch that gave Chicago the lead for good. Also with the Fever still hanging on late in the fourth quarter, Quigley drained a three-pointer and hit free throws that led to a Sky celebration on Indiana’s home court, ending the coaching career of Hall of Fame Fever coach Lin Dunn.

The Sky who made the playoffs for the first time ever last season before Indiana eliminated them in the first round, will face Phoenix in the Finals which start on Sunday.

The Sky contained superstar Tamika Catchings limiting her to nine points. Indiana struggled to put together any offensive flow. The Fever’s only lead of the night came on a Marissa Coleman three-pointer with 7:06 left before halftime. The Fever went ahead 17-16 and held the lead for just 14 seconds.

“(Chicago) played with a sense of urgency,” Dunn said. “I could sense that in them, a desperation to get to the finals. And I’m excited about the Chicago Sky representing the Eastern Conference.”

The 11 Indiana turnovers did not help Coach Dunn see another Finals appearance as the Sky turned those mistakes into 14 points. The Fever lost the final two games of the series and missed an opportunity to advance to the WNBA Finals for a third time, especially in Game 2 losing in double overtime.

Chicago travels to Phoenix as Game 1 tips off on Sunday afternoon 3:30 Eastern, 12:30 Pacific. The Mercury are favored to win the series however this will not be walk down Michigan Ave. Because the Sky and Mercury are in different conferences, they only met twice this season and the Mercury won both times. Missing from those two games was Delle Donne, who is currently battling a sore back that severely limited her in the Eastern Conference finals.

The Mercury have gone 4-1 in the postseason so far, losing only one game to the defending champion Lynx. In the first round, they put away the Sparks handily. The Sky are 4-2, taking both of their series to a Game 3. They were, however, against the two toughest teams in the East, including last year’s Eastern Conference champions the Atlanta Dream. The Sky have routinely made clutch shots throughout the postseason and have proved that they are a team that knows how to perform, especially under pressure.