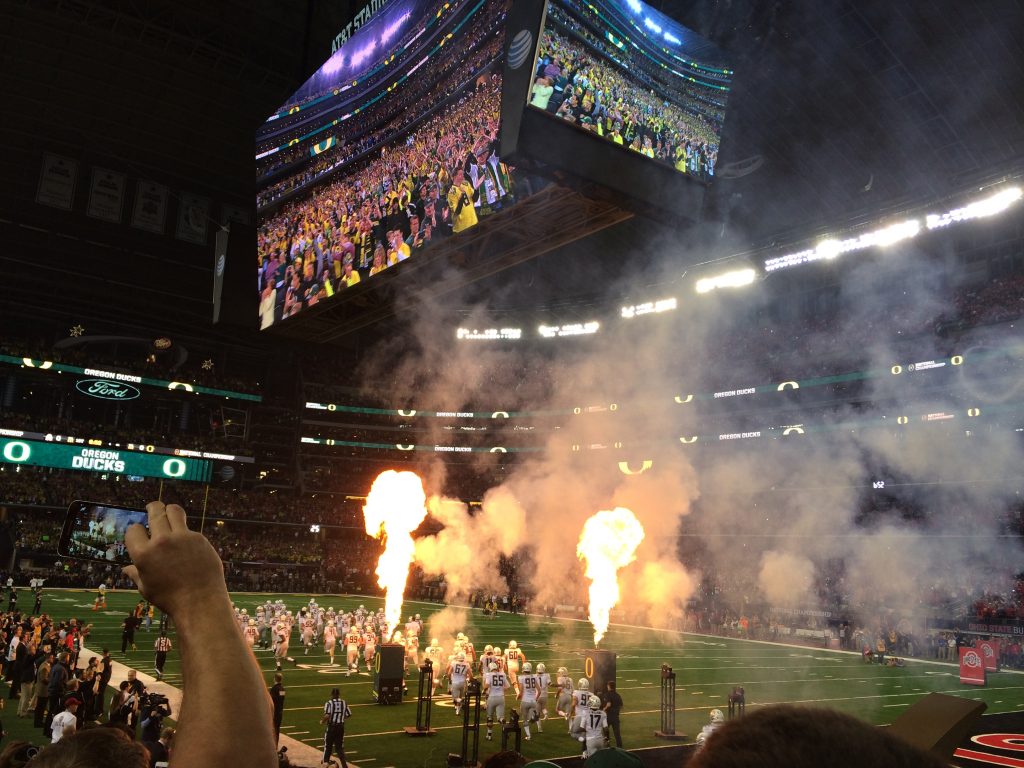 Elliott, a sophomore, was the offensive MVP and ran for 246 yards and four touchdowns on a career-high 36 carries. In the past three games — the Big Ten championship against Wisconsin, the Allstate Sugar Bowl semifinal against Alabama and the final against Oregon — Elliott had 696 yards rushing.

“With all the stuff we went through to get here, it’s just crazy,” Elliott said. “It doesn’t feel real.”

The first ever College Football Playoff season was special from the first week of the college football season; the Buckeyes placing the icing on the cake is remarkable. The Buckeyes had to replace two injured Heisman contenders in Braxton Miller and J.T. Barrett and an awful 35-21 loss to Virginia Tech to win their first national title since the 2002 BCS championship. They had a little ammunition in the arsenal. A quarterback nicknamed 12 gauge. Cardale Jones had two starts coming in, with the spotlight beaming brighter and brighter. He handled the brightest light well.

Against Oregon, Jones completed 4-of-6 passes of 20 yards or longer, the most such completions the Ducks allowed in a game this season. Since Jones took over as Ohio State’s starter, the Buckeyes have gained 55 percent of their passing yards on throws of 20 yards or longer; they had gained 25 percent of their passing yards on deep passes in their first 12 games, primarily with Barrett at quarterback.

Heisman Trophy winner Marcus Mariota passed for 333 yards and two touchdowns, but the Ducks’ fast-speed offense could not get in the end zone when they had opportunities. Mariota is the sixth Heisman winner to lose in the national championship game, the last three of which came at the hands of Ohio State head coach Urban Meyer’s teams.

Ohio State is now 9-0 against Oregon, its best record against any school in program history. Ohio State joins Alabama, Notre Dame, USC, and Oklahoma as the only schools with at least six national titles.