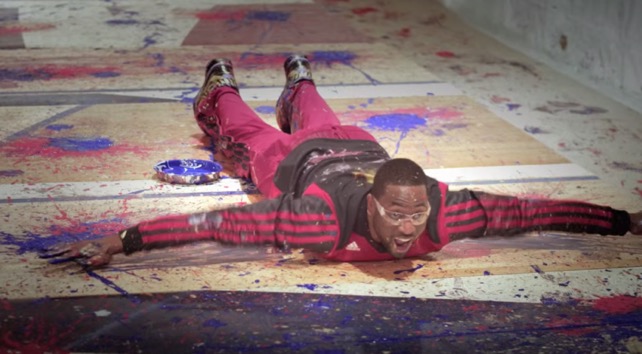 Modern day names of players who have played their entire career with one franchise. Dwyane Wade is no longer on this list for the Miami Heat.

It is over for Wade and the Heat. A breakup. The new wife… a hometown woman. Wade from Robbins, Illinois is now a member of the Chicago Bulls. Chicago gave Wade $47 million, but Miami’s $41.5 million final offer (all its remaining cap space) was about the same once you throw in Florida’s lack of state income tax.

Reports are Pat Riley and Wade discussed the Heat’s approach during a lengthy (reportedly cordial) meeting after season’s end. Riley did not have one phone call conversation with Wade during free agency. The effort was there to travel to the Hamptons in Long Island, NY for a face to face with Kevin Durant, the prized free agent in the summer of 2016.

Greed B. Ego C. Pride or D. All of the above were part of this breakup. Add a dash of stubbornness; Wade is back in his hometown with no championship ring in sight. The Bulls will maintain stability for the future but those winters will be harsh. The richest offer for Wade had been from the Denver Nuggets, who offered him $52 million over two years.

The slogan on South Beach is “In Riley we Trust”. Riley is not getting any younger and this will eat away at him. He put all his eggs in one basket; Kevin Durant. Durant picked the Beyonce of the NBA, the Golden State Warriors. Riley, when it came to Wade, stood looking at the picture moreover dared Wade to leave over a difference of seven million dollars. No one won in this relationship. Lose Wade, and your team loses. Keep Wade, and your team isn’t good enough. The hurricane warning was last summer in contract talks. This summer no recovery unit is stable enough. For the past two summers, Wade has dealt directly with owner Mickey Arison late in contract negotiations.

Pat Riley texted ESPN’s Dan Le Batard for a story in The Miami Herald. Here is an excerpt. “Dwyane had a choice, and he made it. He went home,” Riley’s text continued. “Bad, bad summer for us. But there will be another 10 years, and it will be someone or something else in 2026. Move on with no blood or tears. Just thanks,” Riley stated.

The stories that I have been hearing from both sides are flat out embarrassing. What an ugly downfall. Miami went from the most attention-grabbing team in sports with LeBron James, Chris Bosh and Wade to Hassan Whiteside whom many were on the fence about in the first place. Bosh’s health is up in the air moreover another fight Riley along with Heat public relations can afford to manage after Wade’s departure.

Wade, 34, has never been the single highest-paid player on the roster during any of his 13 seasons in Miami. He takes his talents to Chicago as the Heat’s all-time leader in games played, points, assists, steals and three championship rings.

“This was not an easy decision, but I feel I have made the right choice,” Wade said in a letter released to the Associated Press.

A decision that led to him not ending his career in Miami.

0 0 0 0
Previous : Kevin Durant celebrates his Independence
Next : Von Miller is no fried chicken