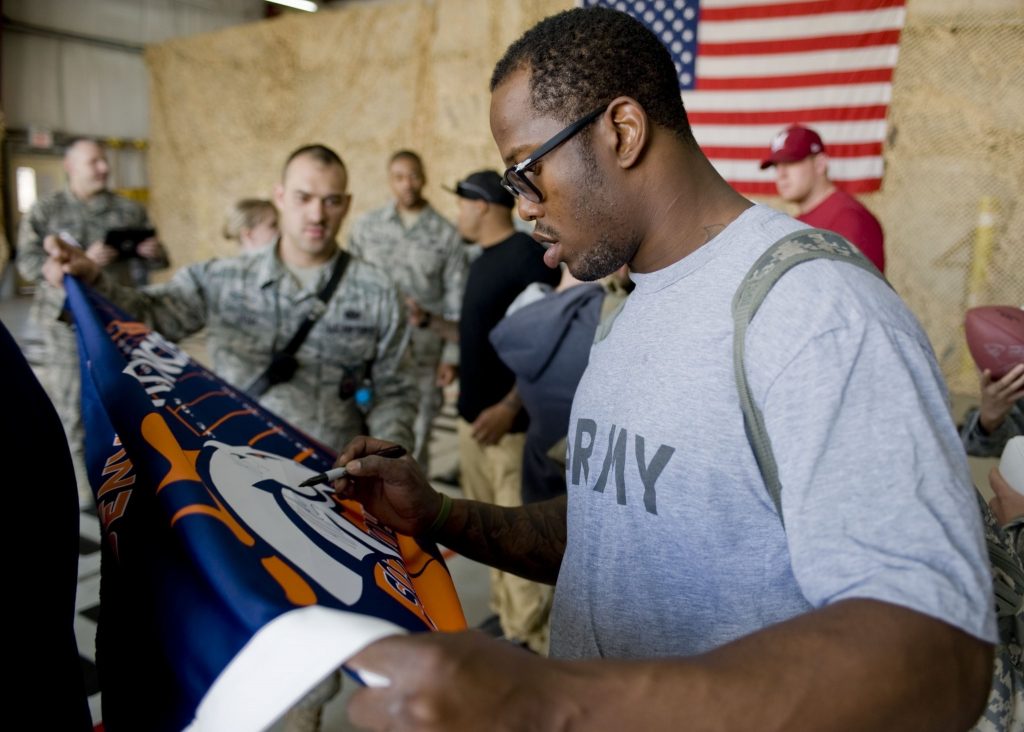 Denver Broncos four-time Pro Bowler Von Miller will invest in a future now, a future he almost wrecked. The Broncos signed the linebacker to a six-year, $114.5 million contract including $70 million guaranteed. That’s the most in NFL history for a non-quarterback and keeps the Super Bowl MVP locked in until 2021.

Back in September of 2013, Miller was cited for driving without a license and speeding near his home. In addition to the six-game suspension he was serving for violating the NFL’s substance-abuse policy, Miller was arrested while trying to purchase a firearm when a routine background check revealed he had an outstanding warrant. Miller had 30 sacks in his first two NFL seasons. He was the Defensive Rookie of the Year in 2011 after the Broncos made him the second-overall pick out of Texas A&M.

Fast forward to February 2016, Miller is a Super Bowl champion and MVP. Leading up to the contract through this summer, it was not sunny skies everyone had hoped it would be. Miller, in the hours after he won the MVP award in Super Bowl 50, said he thought contract talks would be “peaceful” and he “trusted” decision maker John Elway. Elway consistently said Miller “knows what the Broncos think of him, what I think of him,” and over and over again, called Miller a rare athlete.

Miller expressed his frustration and candor in the social media arena expressing he would not play under a franchise tag, but rather a long-term deal. Elway called Miller on the Fourth of July. The Broncos, knowing what kind of deal the Philadelphia Eagles had awarded Fletcher Cox, knowing the market had changed, moved some of the guaranteed money to construct the final deal. He is officially a franchise player, and has to act like one for the remainder of his time in a Broncos uniform.

The Broncos decided they want the Miller they saw in the postseason culminating with a Super Bowl win. That’s the guy they stood by in the roller-coaster of 2013 that included his six-game suspension and an ACL tear.

Miller has expressed at times his dream to own a number of poultry farms. “I want to have a live feed inside the cages where you see how happy my chickens are,” he said. The two-time All-American was a poultry science minor at Texas A&M and is actually a chicken farmer. He told the Denver Broncos website that he got 38 chickens in 2013. In the future, don’t call him a chicken.