I have cut back tremendously on eating meat.

Back up quarterback Nick Foles went face to face versus Captain America also known as Tom Brady quarterbacking the New England Patriots. Foles put on a clinic with the drive of a lifetime, Zach Ertz made a bobbling touchdown catch that had to survive replay review, and a weak Philadelphia Eagles defense came up with two huge defensive stops in the final moments for a 41-33 victory in Super Bowl LII. For the first time since 1960, the Eagles are Super Bowl champions.

The game rewrote the offensive record book. Both teams combined for 1,151 yards, the most in any modern NFL game. The term chess match is used so many times however that is what the game became on the offensive end. Surprisingly the edge went to the team with the backup quarterback.

Oh, there were moments. After Foles led a pressure-packed but looked calm 75-yard drive to the winning touchdown, 11 yards to Ertz with 2:21 to go. 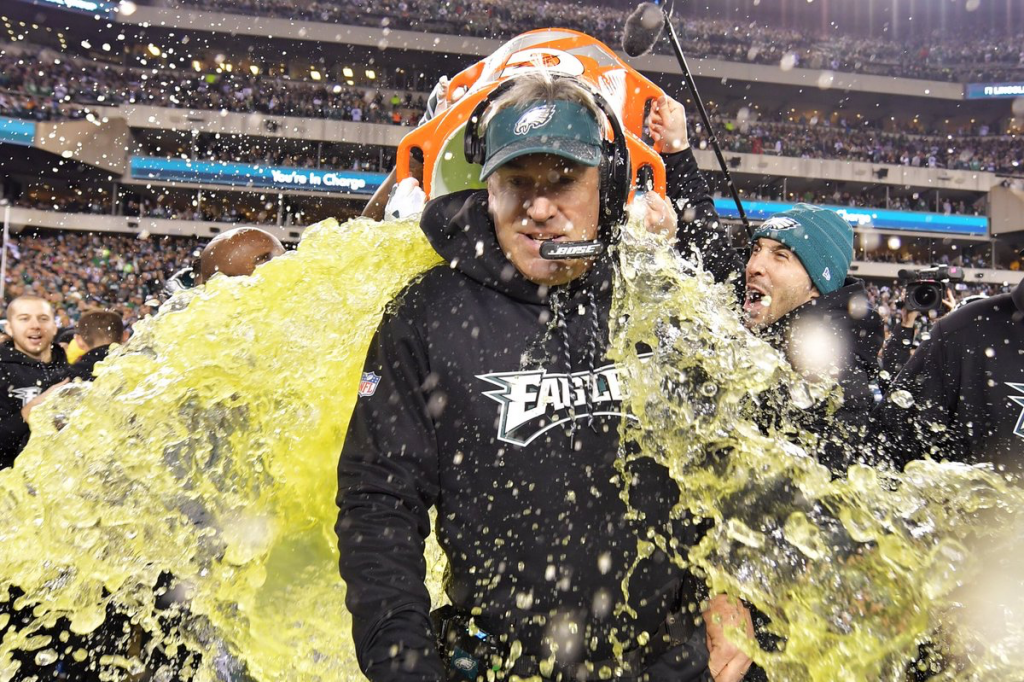 Pederson is the first person to beat Bill Belichick as starting a quarterback with Cleveland Browns and head coach with the Eagles.

“In Philadelphia, we were probably the only ones who really believed we can get the job done,” Pederson stated.

Pederson brought home the championship in his second year in charge.

The favored Patriots seemed ready to take their sixth championship with Brady and coach Bill Belichick in eight Super Bowls. Brady threw for a postseason record 505 yards and three TDs, hitting Rob Gronkowski for 4 yards before Stephen Gostkowski’s extra point gave New England its first lead, 33-32. It felt like the same movie ending at one point.
“It does suck, Brady stated. It sucks.”

The 40-year-old Brady who was named the oldest MVP the night before the game finished 28 of 48 and picked apart the Eagles until the final two series. Since 2000, NFL MVPs are 0-9 in the Super Bowl during their MVP season.

It was such a wild game that Foles caught a touchdown pass, and Brady was on the opposite end of a Danny Amendola throw that went off his fingertips.
Belichick is 5-3 in Super Bowls, most of them decided by less than a touchdown.

He did better than Brady. On fourth down, Clement took a direct snap, pitched to tight end Trey Burton, and the former Florida QB hit an uncovered Foles. The Eagles were up 22-12 at halftime, the most points New England has allowed in the opening half of a Super Bowl under Belichick.

The name for that offensive play “Philly special.”