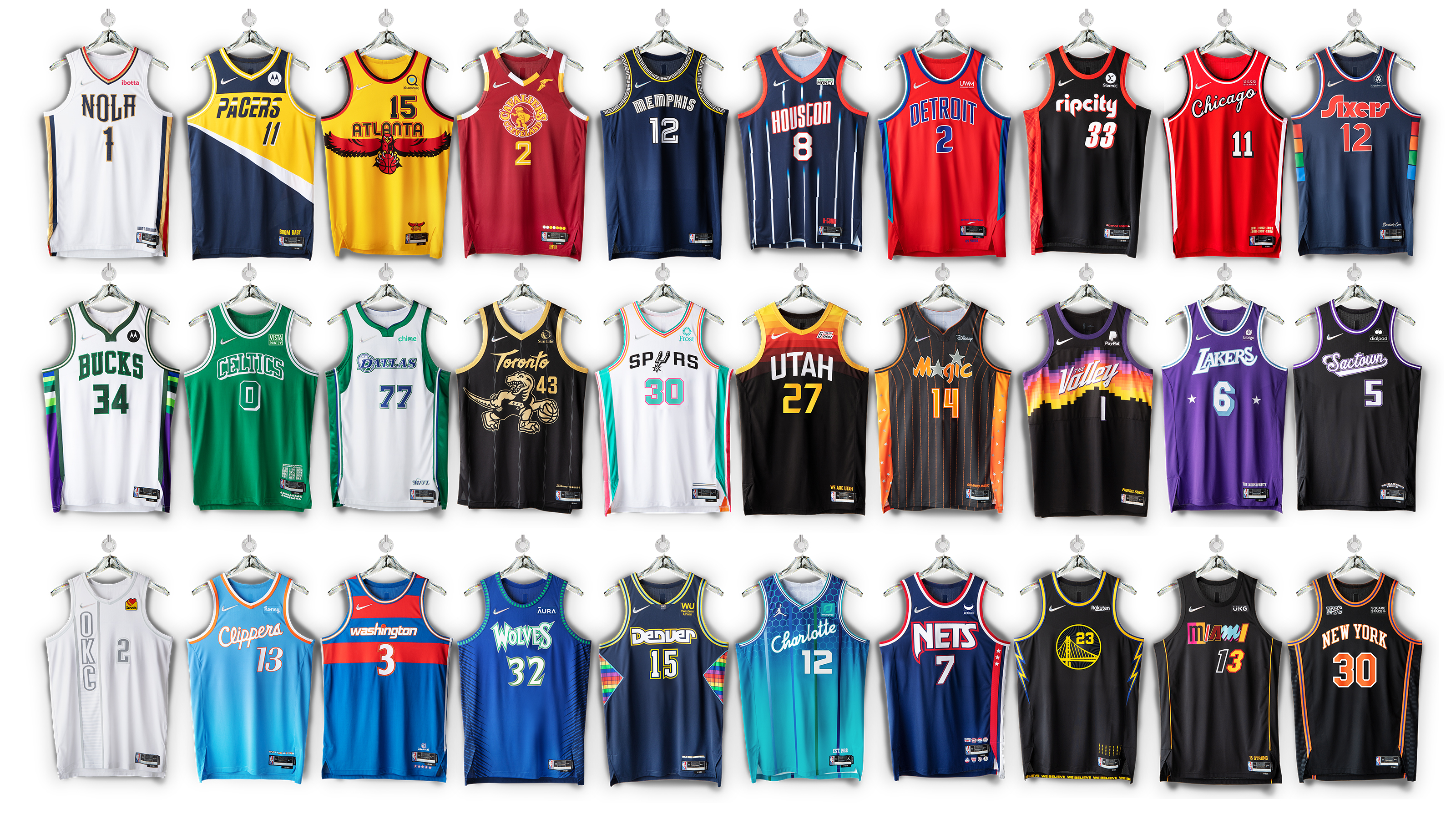 Today the NBA and Nike unveiled all-new 2021-22 Nike NBA City Edition uniforms in honor of the NBA’s 75th Anniversary season on the anniversary of the first-ever NBA game played between the New York Knicks and the Toronto Huskies (November 1, 1946). The 2021-22 Nike NBA City Edition uniforms will be available for sale on Monday, November 15 at NBAStore.com, Nike.com and select retailers globally.

Each 2021-22 Nike NBA City Edition team uniform represents the ultimate basketball moments mixtape – a compilation of the franchise’s greatest hits through the years in every design. Beyond some of the more obvious design elements, the uniforms include many subtle touches (“easter eggs”) that highlight pivotal moments from each team’s history.  Each 2021-22 Nike NBA City Edition uniform is supported with an integrated Game Theater collection and, for many teams, a court design that provides the ultimate platform to showcase the uniforms.

“The moments included in the Nike NBA City Edition uniforms span across decades and remind fans, old and new, of some of their fondest memories of their favorite teams,” said Christopher Arena, Head of On-Court and Brand Partnerships at the NBA. “The NBA’s 75th Anniversary season gave us a unique opportunity to work alongside the teams and Nike to bring the league’s rich history to life, showcasing each team’s fandom in a truly special way.”

Click here for a closer look at each uniform, the inspiration behind the designs and the subtle details that make each one truly unique. Additional images of each uniform are available here to download.

“This year’s Nike NBA City Edition Uniforms help fuel the celebration of the league’s 75th anniversary season,” said Aaron Cain, VP/GM, Men’s, at NIKE, Inc. “Each uniform tells a story, juxtaposing old and new to create an unforgettable look and feel for this milestone season. The result isn’t just a love letter to the game. It’s a celebration of fandom – and an invitation to a new generation.”

The NBA also released the NBA Diamond Album, which tells the history of the league and each team, showcasing the NBA uniform behind every iconic NBA moment. Click here to view the leaguewide hero track as well as the individual team tracks, corresponding to the 28 teams unveiling the 2021-22 NBA City Edition uniforms.

Fans can visit LockerVision.NBA.com to view when each team will debut its Nike NBA City Edition uniform on-court, along with each team’s outfitting calendar for the remainder of the season.