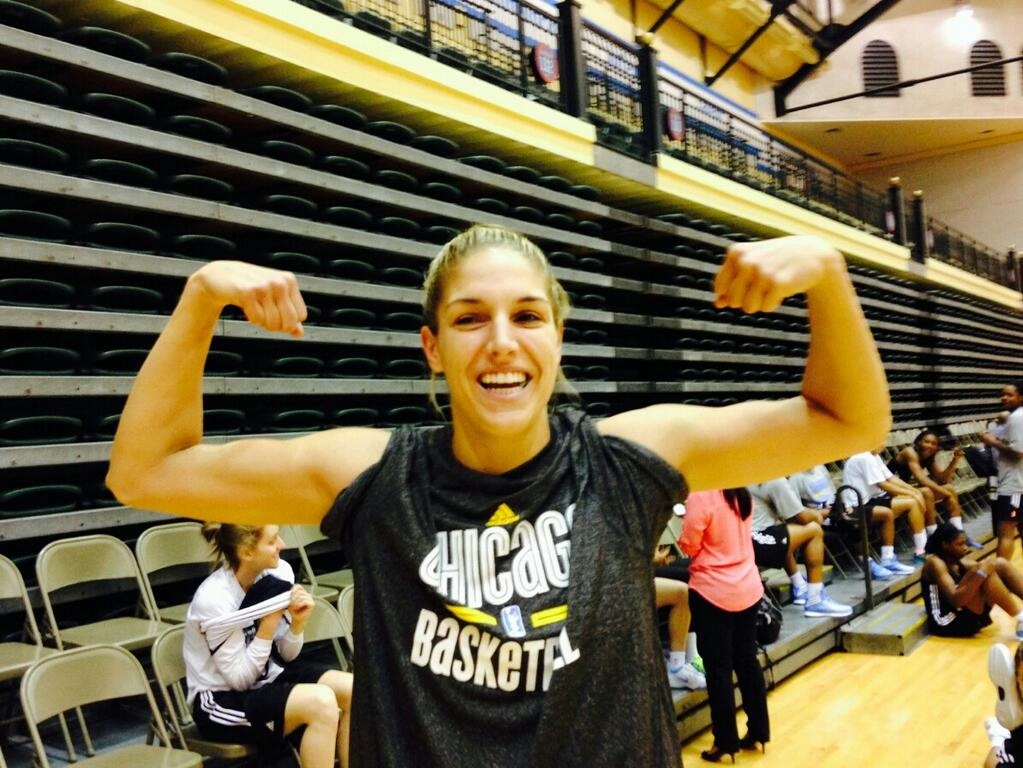 It was not a Picasso, but the Chicago Sky won their home season opener against the Indiana Fever, 74-71. The Sky were led by the 2013 WNBA Rookie of the Year Elena Delle Donne who finished with 23 points and constantly adding defense.

The Fever led by as many as 18 points, opened the game with a 30-14 first-quarter lead and led by 10 points at the half. The Sky turned on their defensive switch, allowing the Fever to only score 25 second-half points. “I’m really disappointed we lost our poise and composure and allowed them to take the lead on a technical foul,” Indiana Fever head coach Lin Dunn said.

The Fever came in defeating the Sky in 11 of the last 12 meetings, including a two-game sweep in last year’s playoffs, the Sky’s first appearance in franchise history. Chicago made 22-of-26 foul shots while Indiana was 13-of-18. Delle Donne was 10-of-11 at the foul line. “We came out very slow, this is a brand new team so there were jitters coming out, we were able to play like ourselves the rest of the game,” Delle Donne stated.

Both squads were missing key players. The Sky’s Sylvia Fowles (hip surgery) and Epiphanny Prince (personal reasons) were out. Olympian Tamika Catchings (sore back) and Layshia Clarendon (concussion) were not with the Fever. Rookie and fifth-overall pick Natasha Howard was impressive with 16 points and Shavonte Zellous added 14 for the Fever. “We need to work on a few things like rebounding, finishing around the rim and free throws, other than that we did well as team,” Howard stated.

Both teams play a back-to-back as the Fever travel home to host the Atlanta Dream in their home opener. The Sky visit Madison Square Garden as they face Tina Charles and the New York Liberty.