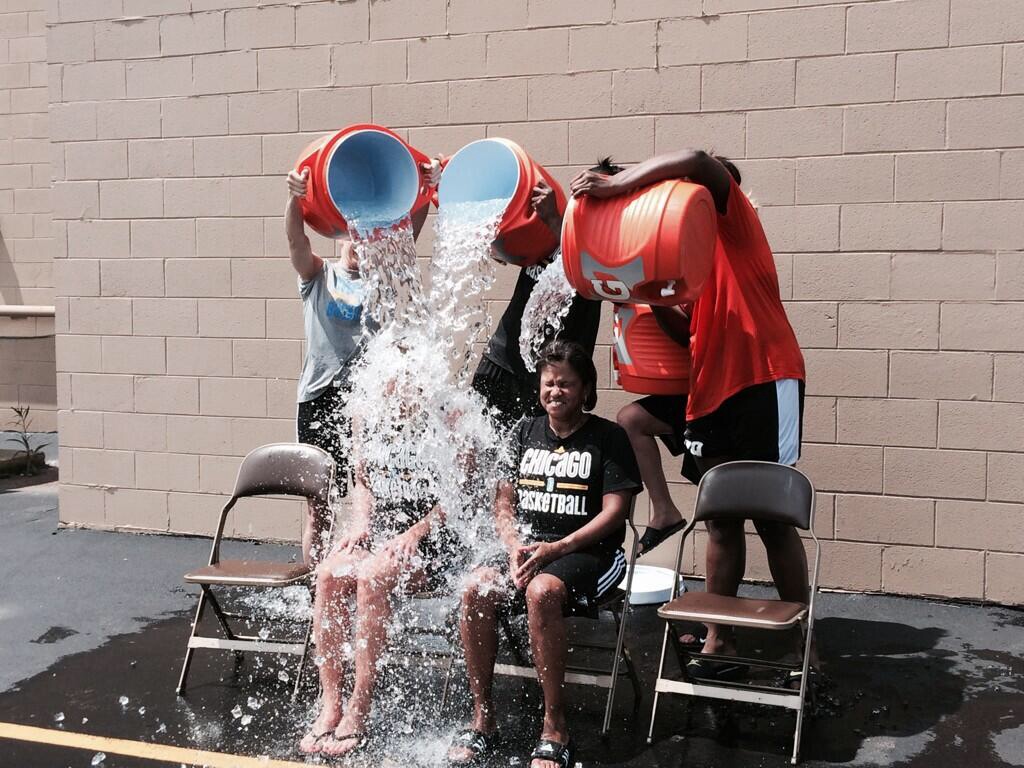 Here is how you start a game recap: Indiana Fever players and coaches were stranded for 10 hours Wednesday at the Bradley International Airport in Hartford, Connecticut waiting for a flight to Chicago that was eventually canceled. The team rented four sport utility vehicles to transport everyone who flew out of Providence, Rhode Island on Thursday to play the Chicago Sky Friday night. The travels may have been fun, but the game versus the Sky was business.

Karima Christmas appeared she was prepared to play the moment she arrived in the “Windy City” as she scored 14 points to lead the Fever over the Sky 83-75 on Friday night. “If the game was scheduled for Thursday we would have to cancel it or reschedule,” Fever coach Linn Dunn said. Natasha Howard, Erlana Larkins and Shavonte Zellous added 13 points each for Indiana. Marissa Coleman scored 12 points. The Fever were without star Tamika Catchings who is nursing a back injury and has yet to play this season.

It not time to pick up the red phone, but it is time to pull it near. Epiphanny Prince had 18 points and Jessica Breland scored 16 for the Sky who have lost five of six. Breland who has been amazing for the Sky this season hit a jumper to cut Indiana’s lead to 75-73 with 1:05 left. “We didn’t deserve to win, so we didn’t,” Sky coach Pokey Chatman said. Sky leading scorer Elena Delle Donne missed her fourth straight game due to a Lyme disease flare up. Chicago’s Sylvia Fowles has not played a game this season recovering from hip surgery. “We can’t beat anybody with three offensive rebounds,” Chatman said.

Carrying luggage and 10 hours of waiting time for a flight did not hurt the Fever; they also had a 36-26 rebound advantage against the Sky. The season series is split at one now with three remaining to play between both Midwest squads.