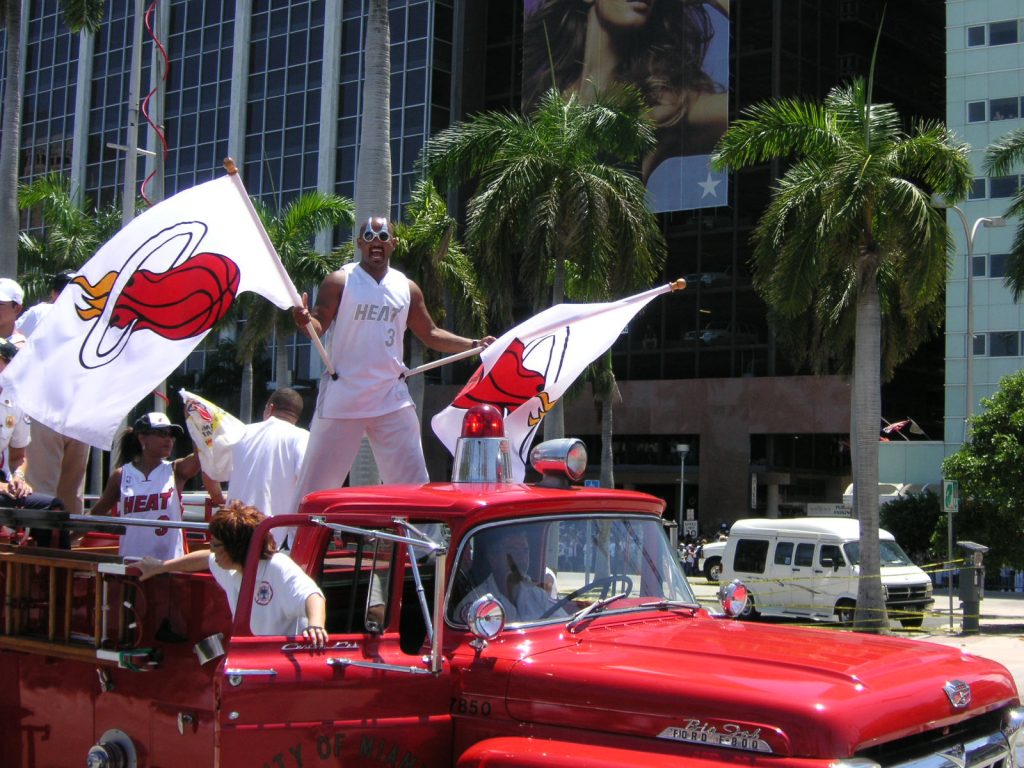 The Los Angeles Lakers took their talents to South Beach to play the Miami Heat. The Lakers were minus guard Nick Young (sore left knee) who sat out his fifth straight game, which means he won’t be playing at AmericanAirlines Arena this season, but his girlfriend, singer Iggy Azalea, will perform there May 16. The Lakers were also minus Kobe Bryant who has missed three of the last four Lakers-Heat games. Let’s add two-time NBA MVP Steve Nash also who is out for the season. Despite all that, I was told before tip-off ticket prices were still high.

The Heat rallied to beat the Lakers 100-94 giving them, almost unbelievably, their first two-game home winning streak in more than four months. Dwyane Wade finished with 25 points and six assists, Hassan Whiteside had 18 points and 25 rebounds — second-most by any Heat player ever — and Miami held on to the No. 7 spot as the race for the Eastern Conference playoff spots remained tight.

The Lakers got to 91-90 late, before Wade took over. He rebounded his own miss, got fouled and made two free throws for a three-point lead. He then set up Whiteside for the monster dunk off the lob, and found Whiteside again for a layup with 21.3 seconds left.

“Always be aware, Hassan,” Wade said. “You never know when I’m going to pass it. I thought we kind of did a good job with me attacking, so they were kind of used to that. And then, when they least expected it, it kind of came at the perfect time.”

Up next for the Lakers, a visit to Memphis on Friday night, while the Heat play at Washington, also on Friday.