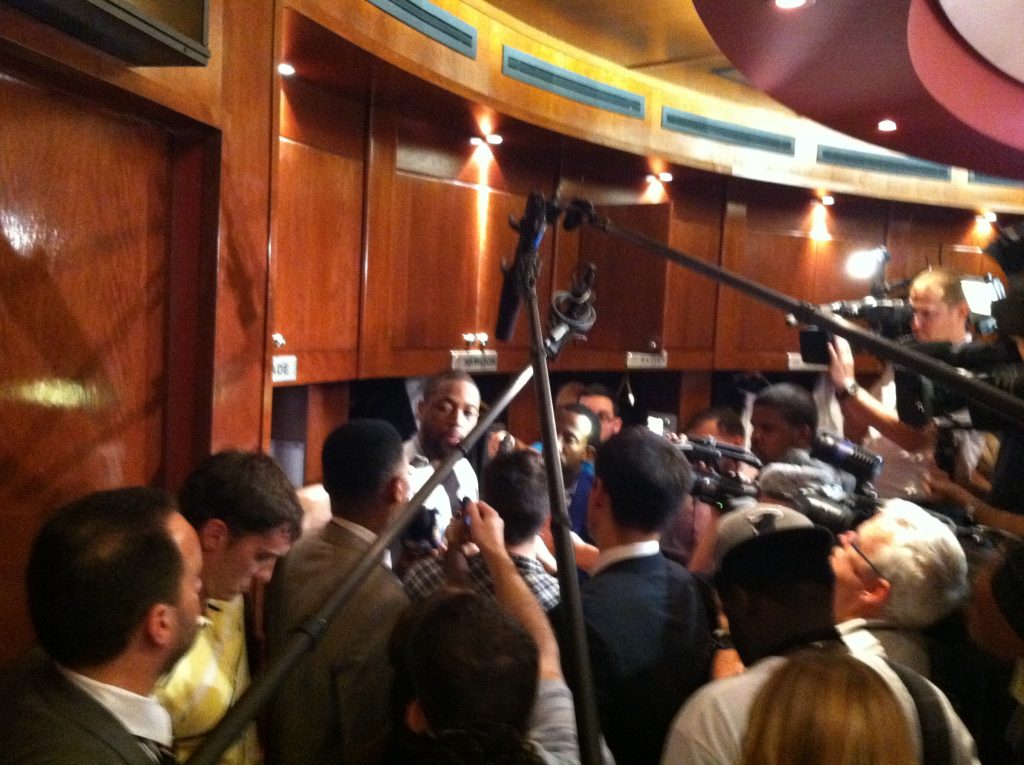 The Miami Heat were down 16 points to the Sacramento Kings. Dwyane Wade had no fear in leading his teammates. Wade scored 28 points, Tyler Johnson’s cold blooded three-pointer as the shot clock was expiring with less than a minute left capped a 24-point effort, and the Heat found a way to beat the Kings 114-109 in overtime. With the win, Miami moved back to No. 8 in the Eastern Conference playoff race.

DeMarcus Cousins had 27 points and 17 rebounds before fouling out in overtime for Sacramento. Rudy Gay scored 27 points, Ben McLemore added 20 and Derrick Williams had 10 for the Kings, who missed two short shots that would have won it in the final moments of regulation.

The Heat played with nine players, every one of them getting in before the first quarter was over. They were down to eight after halftime, with Udonis Haslem forced to sit out because of more injuries.

“We’re showing perseverance, man,” Michael Beasley said. “We’re literally giving it everything we have — which isn’t a lot right now. But we’re showing character, if nothing else.”

Up next, the Kings play at Atlanta on Monday and the Heat host Boston Monday also.