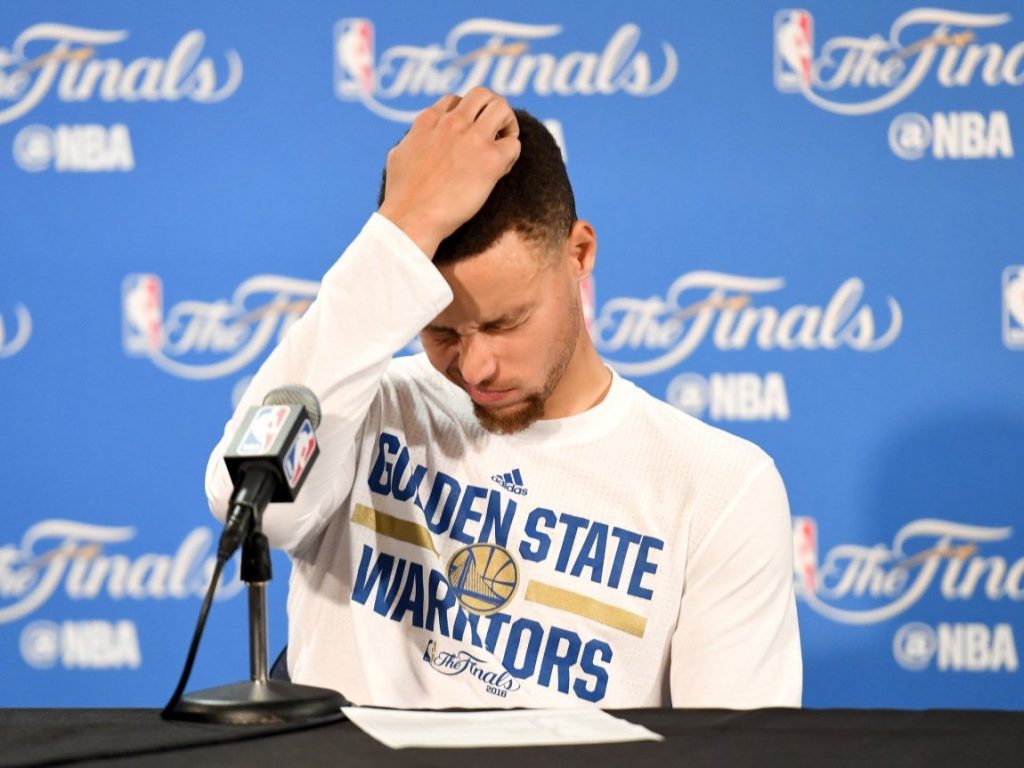 When you are up 3-1 in an NBA Finals, you don’t want to be the first team to give up a 3-1 lead. Especially when you are the team that set the new regular-season record with 73 wins. That is who the defending champion Golden State Warriors are. I am not going to say they choked. Let me use another analogy. The famous blue pill, red pill scene in The Matrix.

“This is your last chance. After this, there is no turning back. You take the blue pill —
the story ends, you wake up in your bed and believe whatever you want to believe. You take the red pill — you stay in Wonderland and I show you how deep the rabbit hole goes,” Morpheus stated in the 1999 film.

After a collapse like this, they may ask is there another pill? Would the Warriors turn back? Would Draymond Green control his temper after getting suspended in Game 5? Would Stephen Curry stay in Wonderland and play a Game 6 with his emotions not on his sleeve? Did the Warriors go to the deep end in the rabbit hole not able to handle the depth of it all? The late Muhammad Ali said it best, “let me share something to make it clear…your greatest opponent is in the mirror.”

The defending champion Warriors had one job. Win one game. Two of those games were on their home court.

Their unanimous MVP Stephen Curry did not make excuses but he did not look himself. Curry couldn’t lead his team similarly to the regular season, for whatever reason. Mark it up to the MCL injury, The Cavs selected Curry from Golden State’s defense and targeted him repeatedly in pick-and-roll. Moreover the high switch pick-and-rolls on the offensive end was something he could not win over the Cavs length.

Curry’s offense attacking the basket was missing in action in Game 7 and shots that he would hit from three-point land without effort in the regular season looked completely off at times. In the fourth quarter of Game 7, Curry was 1 of 6 from the field and 1 of 5 from three-point land. “I didn’t do enough to help my team win,” Curry said. “It will haunt me for a while.”

This Warriors faced elimination three times against the Oklahoma City Thunder and narrowly escaped the Western Conference Finals. Is it karma? The Cavs played their role in this series, but this hurts more than what the Thunder are feeling. Steve Kerr has been saying it for two years now: His team walks the line between explosive and reckless. The Warriors had it wrapped up, both pills in their hands. Wrecked it all.

How will the Warriors bounce back from back-to-back grueling seasons? The roster will need retooling. They have expressed Kevin Durant will be first priority. If Durant takes his talents to Oakland, there will be a domino of players that will have to leave for cap space. Assistant Luke Walton will become an opponent as the head coach of the Los Angeles Lakers. The Cavaliers gave Warriors GM Bob Myers the net from the clinching Game 6 last year; Myers returned the favor from Game 7 this year.

“Strength in numbers” was the team motto for the season. At the end the Warriors looked like they did not have the depth. The Warriors failed at Greatest Season That Never Was. These Warriors will carry that pain for the rest of their careers. Pain no pill can alleviate.